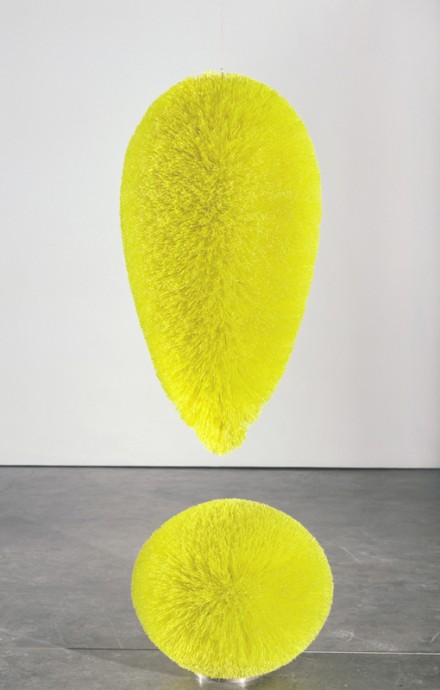 As the work of Richard Artschwager dances in and out of familiarity, taking the commonplace forms of our everyday existence, the artist reshapes them into something foreign – just outside of the viewer’s descriptive vocabulary.  Now, after four decades of work in sculpture, painting and drawing, Artschwager’s work is the subject of a large-scale retrospective at the Whitney Museum in New York City. 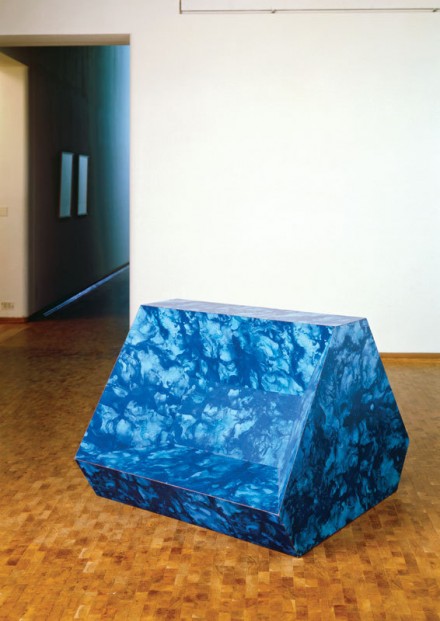 Artschwager, who presented his first solo exhibition in 1965, has developed a unique oeuvre over the length of his 40-plus year career, defying easy classification.  Walking the line between conceptual art, pop art and minimalism, his complexly layered pieces command a broad range of expression and interpretations. 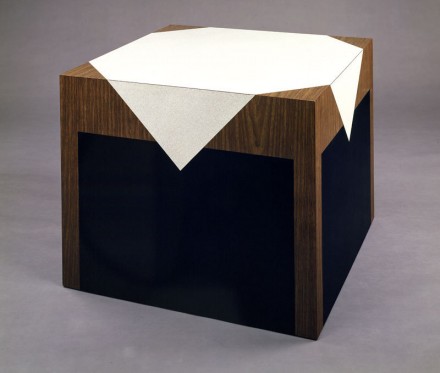 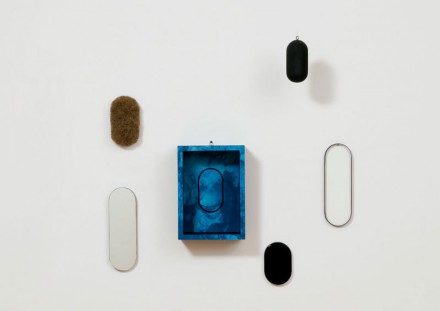 His first retrospective exhibition at the Whitney since 1988, the show includes a selection of new works alongside many of his most recognized pieces.  Running the length of his career, the exhibition captures Artschwager’s continued exploration of cultural perception and the values and interpretations that we ascribe to the forms around us.  Tweaking, pushing and pulling these presented forms, he creates a dialogue between the viewer’s preconceptions and the presented form.

Richard Artschwager In the Driver’s Seat, 2008 courtesy The Whitney Museum 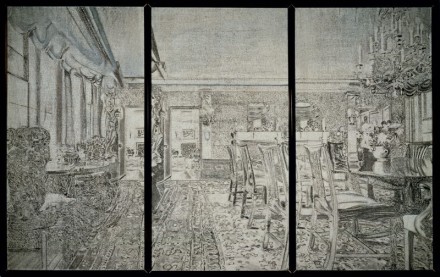 Many of Artschwager’s Celotex works are on view, a technique he developed in the 1960s after seeng a Franz Kline painting. The textural fiberboard which is used for ceiling panels was the medium for his first combination work (Portrait I and Portrait II). He often painted in grisaille, using newspaper photographs of events and modern buildings. His exploration of furniture in domestic interiors is a theme explored throughout his lifetime, echoing the contemplative Post-impressionist work by painters such as Vuillard or Bonnard. His recent work includes figures in the interior representations and adopts a more colorful palette. 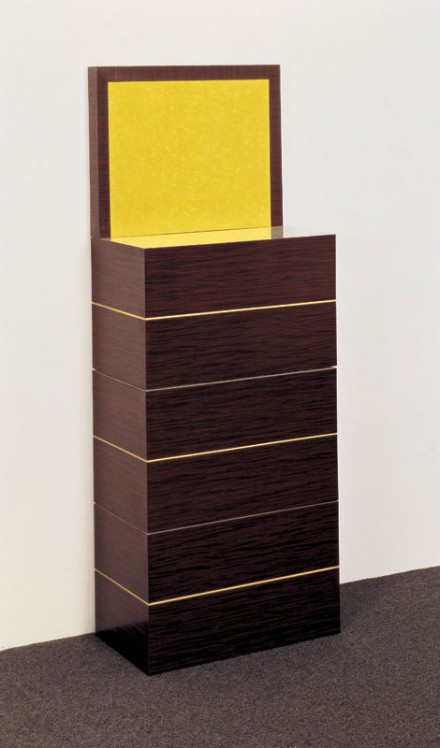 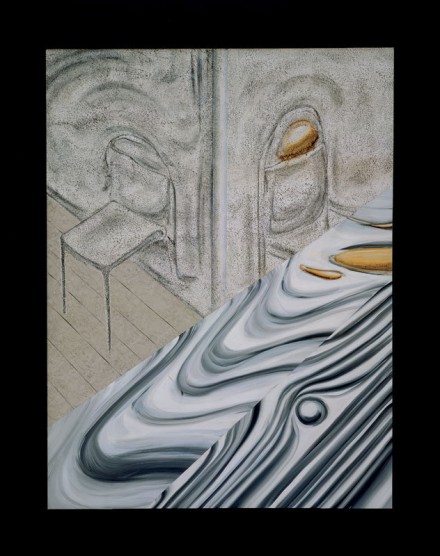 Richard Artschwager Sitting and Not 1992 courtesy The Whitney Museum 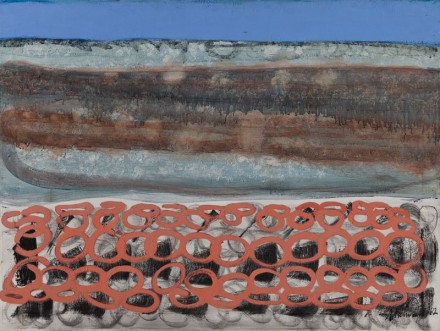 In collaboration with his retrospective, The Highline Park in lower Manhattan will be hosting an exhibition of Artschwager’s BLPS, a selection of small, oval dots spread across the adjacent skyline.  Encouraging a vigorous reading of the environment, Artschwager’s small adjustments to the environment create a new method of active engagement with it. 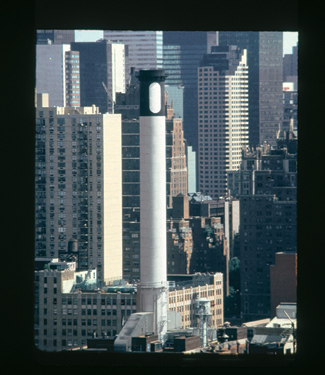 Both exhibitions are on view until February 3, 2013.

This entry was posted on Sunday, November 25th, 2012 at 12:01 am and is filed under Art News, Go See. You can follow any responses to this entry through the RSS 2.0 feed. You can leave a response, or trackback from your own site.