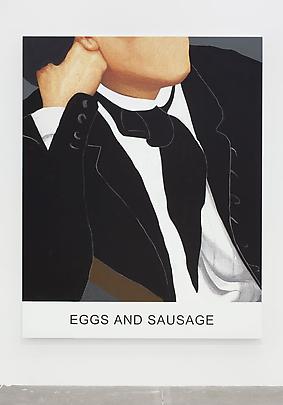 On view through November 21st, 2012 at the Marian Goodman Gallery is Double Play, John Baldessari’s newest series of paintings that draws from art historical and popular culture resources to once again arrive at new meaning through the reconfiguration of disparate parts. 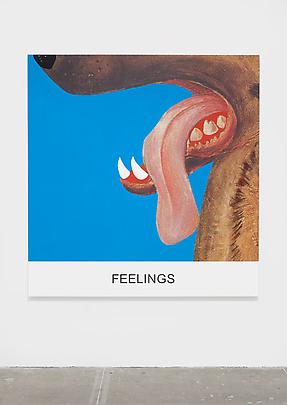 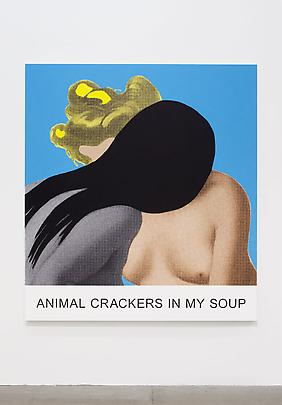 In this series, Baldessari brings together visual fragments and motifs from classic paintings with hand-painted color blocks. At the bottom of each painting reads an equally diverse song title, from the likes of Tom Waits to Shirley Temple. The paintings allow the viewer the experience of navigating the connections between the unrelated parts, where not only visual and textual signifiers are out of context and at odds, but the suggestion of a song initiates a soundtrack for each piece. The title, Double Play, alludes to hitting the “play” button, adding an auditory or rhythmic element to the cacophony of potential meaning. 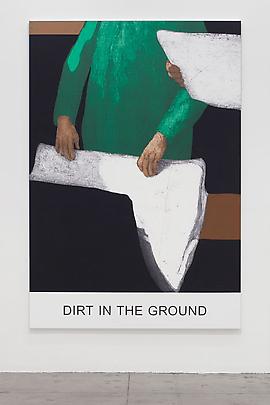 Baldassari’s appropriations of imagery and text continually create new meaning in his work. He has used text in his practice to investigate the potential of language since the 1960s, when he first began creating canvases containing only self-referential statements from art history theory. 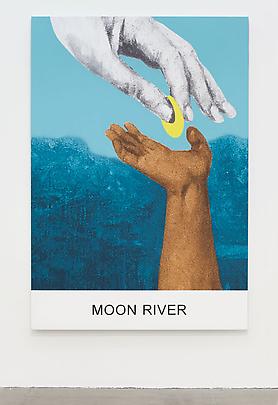 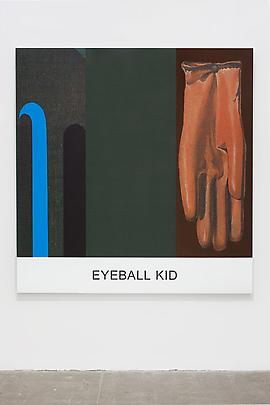 Earlier this year at Marian Goodman, Baldessari showed Double Bill, a series of large inkjet prints that paired elements from highly recognizable paintings from a range of artists throughout art history, adding his own painted details to the composition. On the lower edge of the canvas, Baldessari names only one of the two image sources “….AND MANET”, “…AND PICABIA” etc, giving the viewer the task of solving the puzzle of the unnamed artist. This time the title Double Bill points to cinema, the double feature of two narratives playing back-to-back, and in conversation. 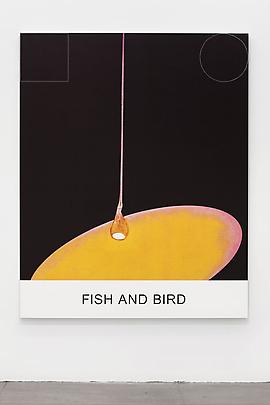 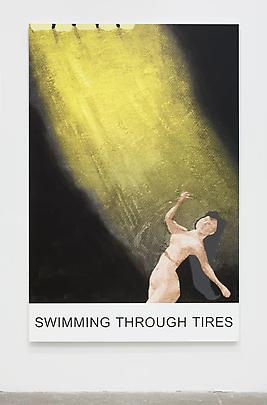 This entry was posted on Thursday, November 8th, 2012 at 10:18 pm and is filed under Art News, Go See. You can follow any responses to this entry through the RSS 2.0 feed. You can leave a response, or trackback from your own site.