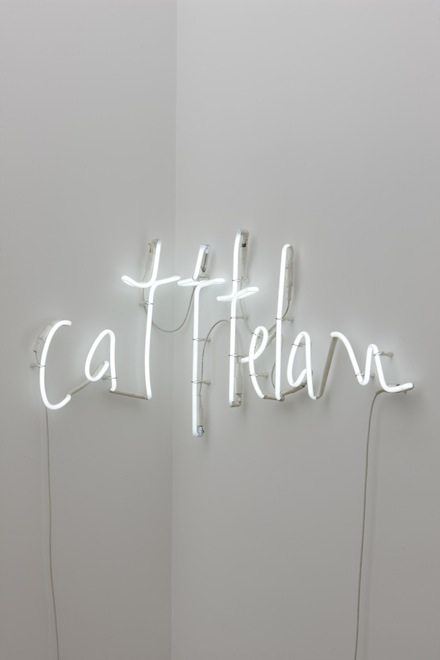 On September 25th 2012, the Whitechapel Gallery in London opened a special exhibition composed of works from the Collection Sandretto Re Rebaudengo, one of the most prominent private collections in Europe. The gallery’s year-long series, Think Twice, is divided into four parts, the first of which is dedicated to works of Maurizio Cattelan – many of which have not been seen in the UK for over 20 years – on display until December 2nd, 2012. 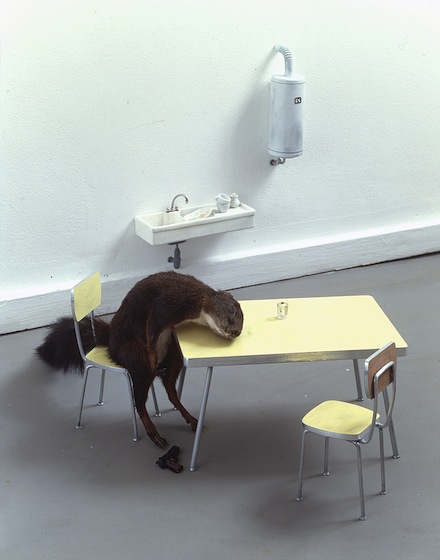 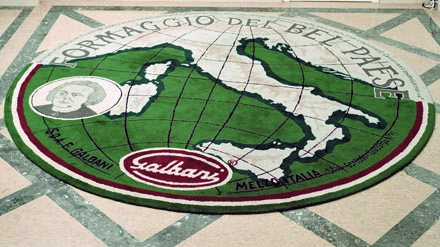 Born in Padua, Italy in 1960 and recipient of an honorary degree in Sociology from the University of Trento, Italy in 2004, Maurizio Cattelan’s work focuses on sweeping historical and philosophical themes (power, death, authority), utilizing what the gallery describes as “stunts” to explore their manifestations in contemporary Italian life. He often uses dark humor in an attempt to shock the viewer while “blurring the line between art and reality.” Examples given include Pope John Paul II struck by a meteorite, or reporting a robbery of an “invisible exhibition” to Italian police.

Cattelan, who lives and works in New York and Milan, was awarded the Arnold-Bode prize from the Kunstverein Kassel, Germany in 2004, and has exhibited at Skulptur Projekte, Münster; the Tate Gallery; and the Museum of Contemporary Art, Los Angeles. Cattelan has also been a part of the Venice Biennale – in 1993, 1997, 1999, and 2002. 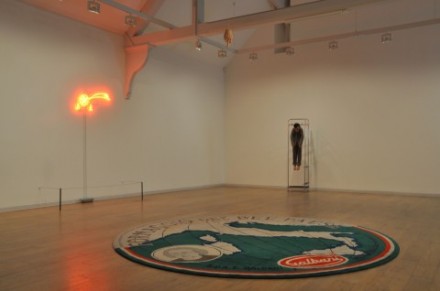 Sculptural installation Bidibidobidiboo (1996), referring to the words sung by the fairy godmother of Cinderella, creates a caricature of the theme of childhood innocence; in Il Bel Paese (1995), the logo from an Italian cheese “Bel Paese” (“beautiful country,” referring to Italy) is printed on a circular floor-rug.

This entry was posted on Saturday, December 1st, 2012 at 10:03 pm and is filed under Art News, Go See. You can follow any responses to this entry through the RSS 2.0 feed. You can leave a response, or trackback from your own site.