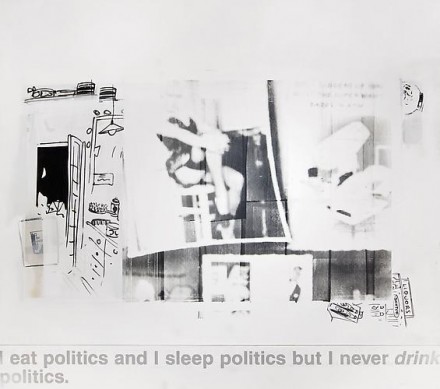 Richard Prince, Anyone Can Find Me (1990), courtesy Skarstedt Gallery 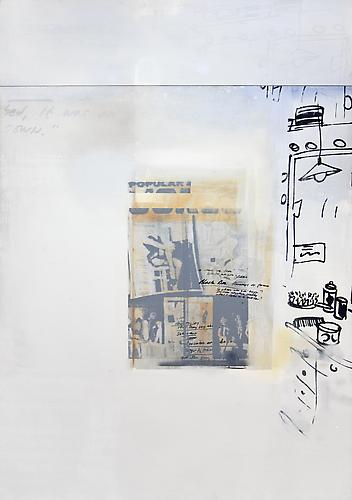 The show, comprising of 10 pieces from Prince’s output during the early 1990s, indicates the artist’s movement into more complex, poly-semantic explorations of image and text.  Combining silk-screened selections from mass-media publications with his own familiar illustrations of domestic environments, Prince ties together disparate elements of American culture, allowing the interactions of text and image to create new implications and translations. 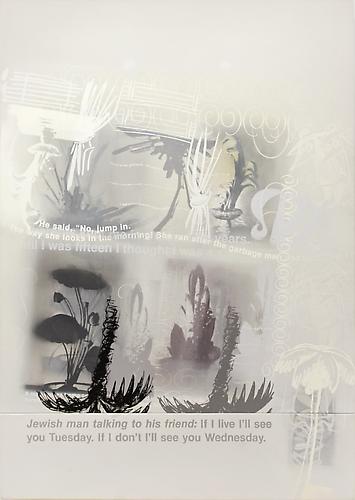 Born in the Panama Canal Zone in the late 1940s, Prince began creating art in New York City during the 1970s, rephotographing advertising copy, including a selection of prints of the Marlboro Man that jumpstarted his career.  Throughout the 1980’s, Prince would continue to experiment with print appropriation, reprinting jokes and snippets of text from American publications in his Monochromatic Joke Series. 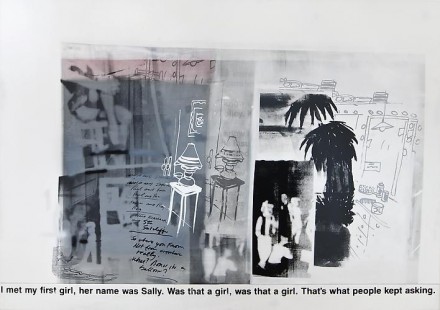 White Paintings sees the continuation of Prince’s techniques as he moved into the third decade of his practice, combining his joke prints with a more diverse, layered approach to his canvases.  Branching out in his practice, Prince’s canvases here are a whirlwind of association and movement, blurring the realities of culture and personal life. 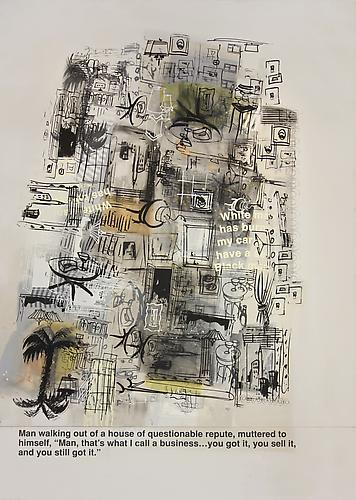 Showcasing Prince’s exploration and elaboration of his craft, White Paintings is a fitting spotlight on the ongoing processes of creation throughout his career. 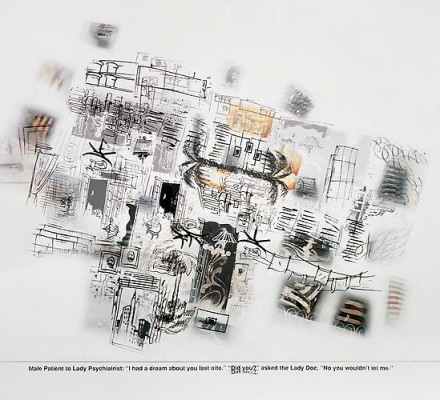 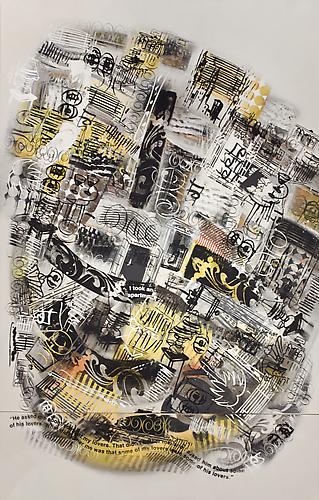 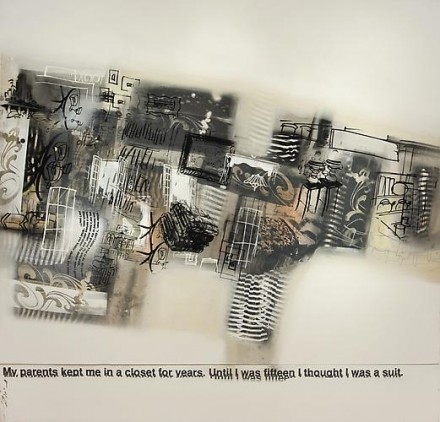 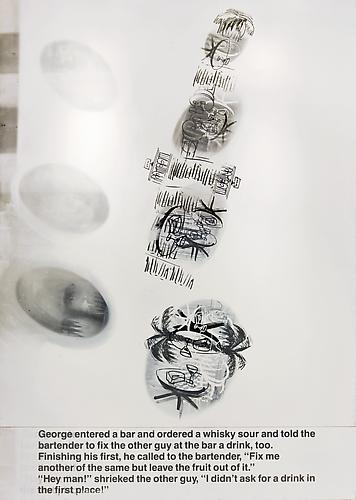 This entry was posted on Sunday, December 16th, 2012 at 1:46 am and is filed under Art News, Go See. You can follow any responses to this entry through the RSS 2.0 feed. You can leave a response, or trackback from your own site.