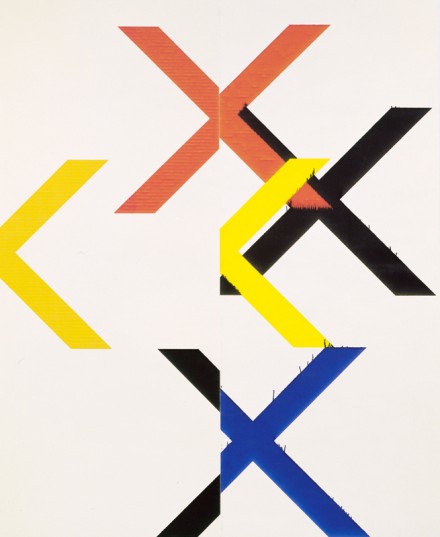 Through January 13, The Whitney hosts a mid-career solo exhibition of the work of Wade Guyton.  Often aligned with abstract Modernist giant Andy Warhol, Guyton self-identifies as a painter, despite a body of work lacking the processes of hand-to-paper creation.  Through frequent use of his signature X’s and U’s, Guyton explores the symbols of modernity and calls into question the nature of production in the fine arts. 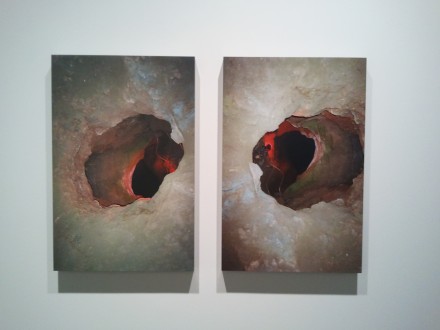 Taken as a whole, Guyton’s show at the Whitney seems focused on the line between digital and physical.  Even the show’s title, Wade Guyton OS reads as a comical play on the idea of the computer operating system.  Throughout the exhibition, the artist’s digital imagery collides with physical presentation, highlighting the limitations and contrasts between the two states. 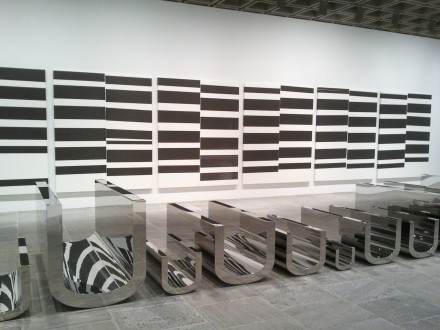 At times overwhelming in both scale and concept, the visible signs of pressure put on material and digital information seems to be one of Guyton’s aesthetic imperatives.  Using a large-format printer and various digital processing programs, Guyton investigates a tension between the technological and the material space pushing digital information into physical renderings, and creating signs of stress as his printer negotiates canvas and plywood. 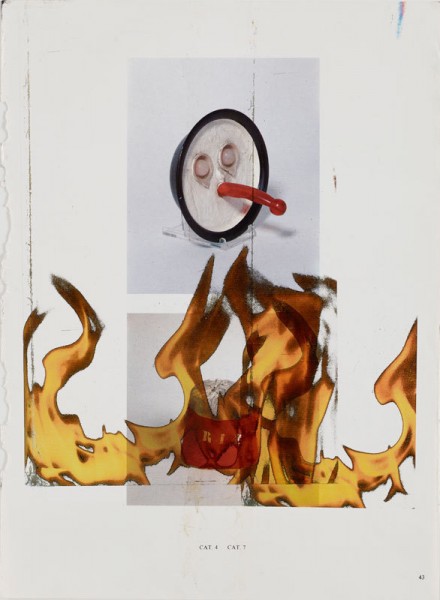 More than 80 works are on view at the Whitney, consisting mostly of large-scale color paintings interspersed with purely digital drawings and sculptures. Particularly noteworthy is a series of untitled, horizontally-striped canvases stretched across the gallery walls.  Impressive in scale, the red-and-green stripes envelop the visitor as they pass through the space. 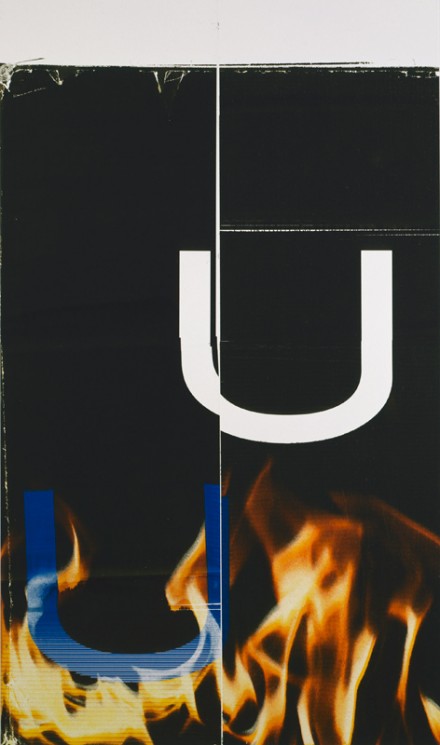 Guyton’s work is best described as a collision of modernities: illustrating the limits of imaging technology through fractures, shortages, and stress, and exploring the space these collisions create. 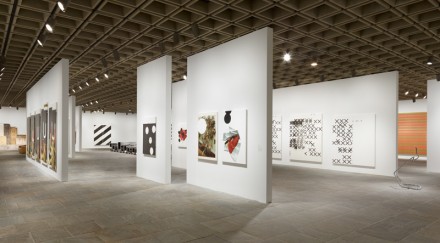 This entry was posted on Wednesday, January 9th, 2013 at 9:31 pm and is filed under Art News. You can follow any responses to this entry through the RSS 2.0 feed. You can leave a response, or trackback from your own site.