Paris – Maxwell Snow – “The Lady of Shalott” through February 2, 2013 at Colette Paris 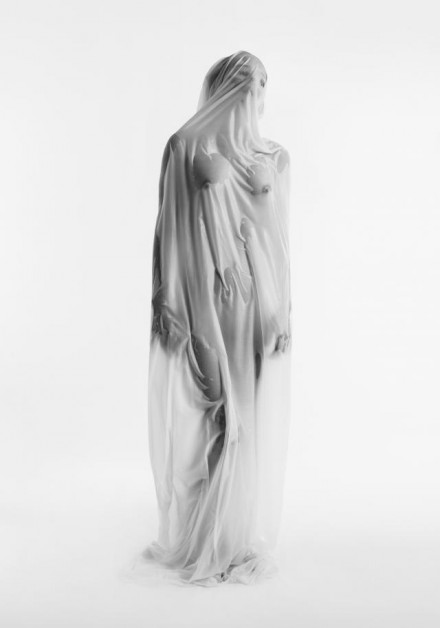 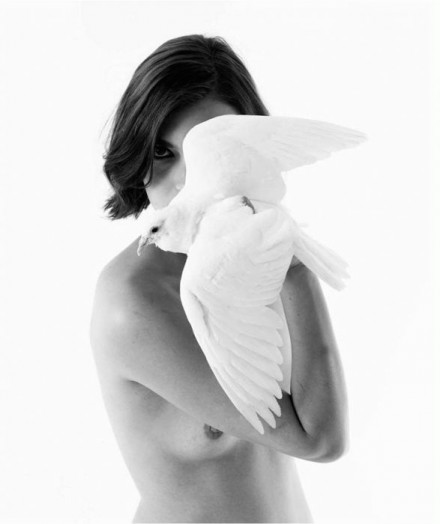 Tennyson’s Lady of Shalott was cursed to remain in a secluded island fortress, only capable of viewing the outside world from a distorted mirror, and weaving the images she saw onto a loom. The metaphorical connection between Tennyson’s poem and Snow’s work lies in the way an artist must relate to the world. While, artists are meant to posses the means to create work that both reflects and alters reality, the distance an artist is supposed to keep from the ordinary in order to be inspired results in an isolating paradox that leaves a narrow world for an artist to both live and create in. 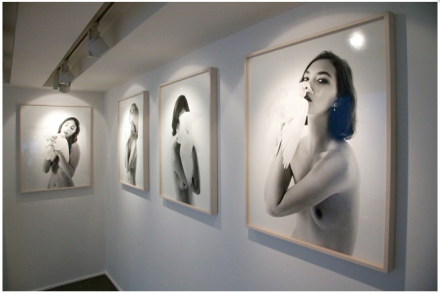 Maxwell Snow, The Lady of Shalott (Installation View) via Colette

This distorted world is a theme that literally and figuratively appears in many of the show’s artworks. The figures, filtered through the camera’s lens, are usually veiled or manipulated, rupturing the fantasies that the viewer is typically allowed to project. Instead the viewer is led to look beyond, into the realms that exist outside the limits of the image. 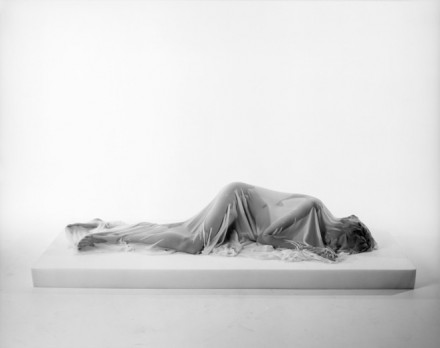 Some of the photographs feature figures draped entirely with fabric and posed much like classical Greco-Roman sculptures. These inspired references are punctuated by their starkly formed outlines, hinting more at the drapings of chiseled marble than flesh.  Other nudes have their faces obscured by painted brushstrokes or completely lack facial features,a seeming continuation of Snow’s earlier “100 Headless Women” installation. 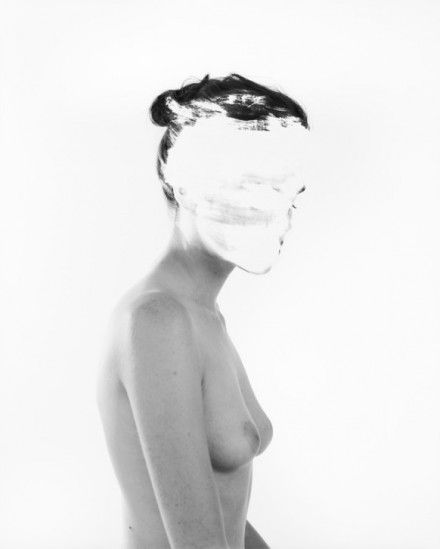 These veils, both real and abstract, also lead back to the poem, addressing the woven reality that the Lady of Shalott was forced to live in, and the shadows through which she had to view the world. One of the poem’s most famous lines, “I am half sick of the shadows” reminds us that what we see is only a portion of the whole.  The ideas of hidden or blocked realities are also evident in the photographs of Snow’s chosen muses holding birds. The birds strategically block parts of the female body, covering up that which we most want to see. 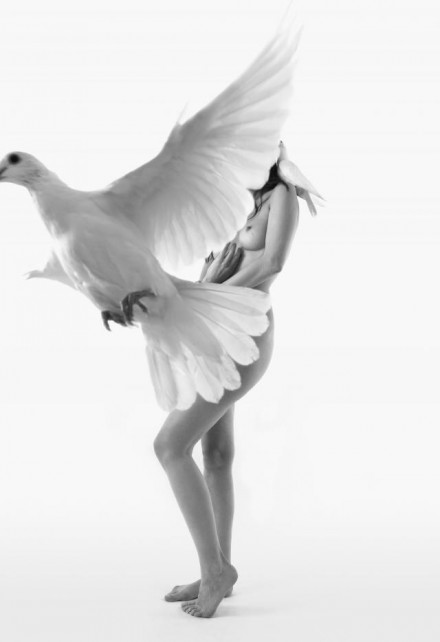 The exhibition’s final images, a pair of ships aflame, allude to the poem’s conclusion where the Lady of Shalott finally sails from her island; breaking her curse, but ultimately ending her life.  The Lady of Shalott could no longer bear her cursed cross of seeing the world so singularly and uniquely.  These final images seem to remind us of the artist behind the works, whose darkness is easy to forget in these ethereal and soft photographs. 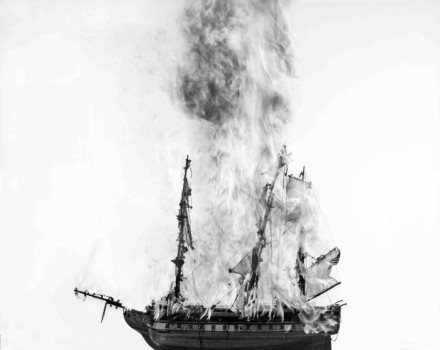 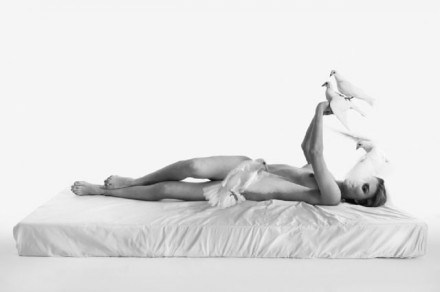 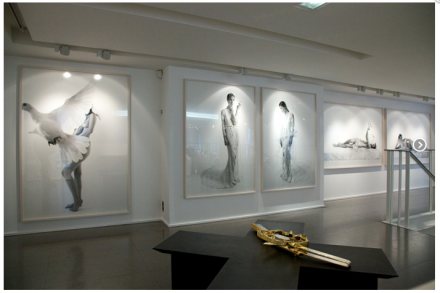 Maxwell Snow, The Lady of Shalott (Installation View) via Colette 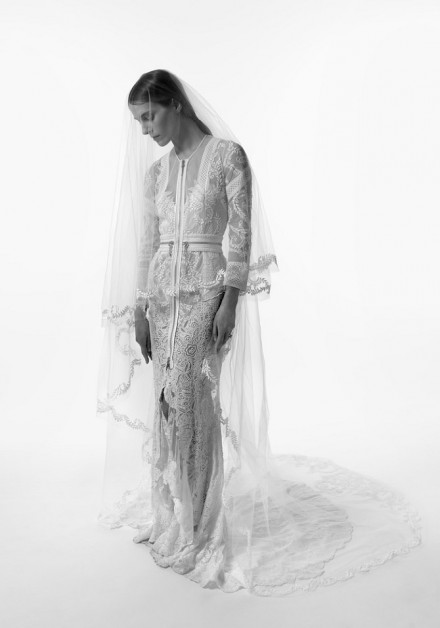 This entry was posted on Wednesday, January 30th, 2013 at 11:13 am and is filed under Art News, Go See. You can follow any responses to this entry through the RSS 2.0 feed. You can leave a response, or trackback from your own site.