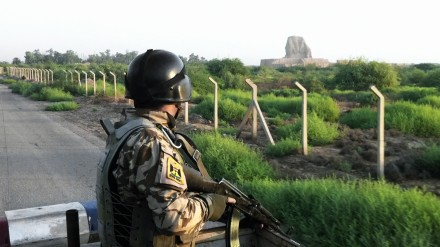 Over the past several years, French artist Cyprien Gaillard has created a body of work that negotiates the complex spatio-political, geographical and cultural maps of contemporary culture.  Continuously revisiting themes of decay, flux, erosion and conflict, his work picks through the saturated visual landscape of modernity, and exposes the interlocking mechanisms of destruction and creation at work, as well as the grey area between these polar states. 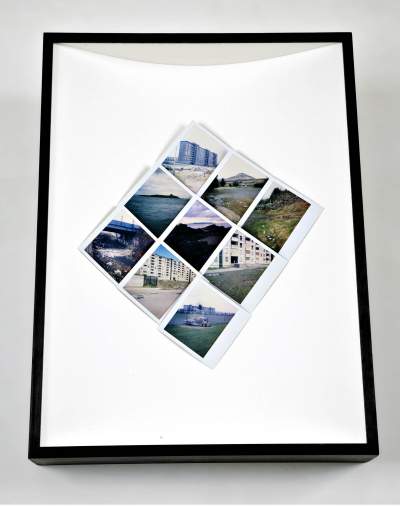 Gaillard’s recent work is currently part of a powerful retrospective at The Museum of Modern Art’s PS1 space in Long Island City, offering newcomers a comprehensive and challenging glimpse into the artist’s practice. 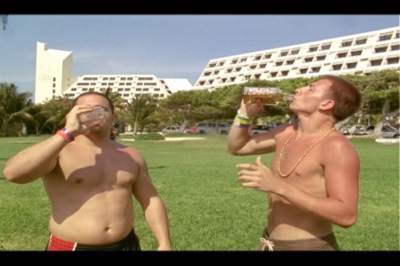 Cyprien Gaillard, Cities of Gold and Mirrors (2009), via Bugada Cargnel

Comprised of multiple videos, paintings, ready-made sculpture, and a vast collection of polaroids from the artist’s travels, “The Crystal World” seeks to locate areas of flux, highlighting the violent process of development and conflict, and the subsequent layering of interpretations, histories and cultures that are consistently occurring and reoccurring.  Gaillard centers his view on the bizarre juxtapositions of modern civilization: decaying buildings alongside massive superstructures, ancient ruins alongside pristine golf courses, and palaces laid to waste by modern warfare.  Through these images, Gaillard underlines the multiplicity of meanings given to cultural artifacts, structures and identities, and detritus created when these meanings are drastically altered. 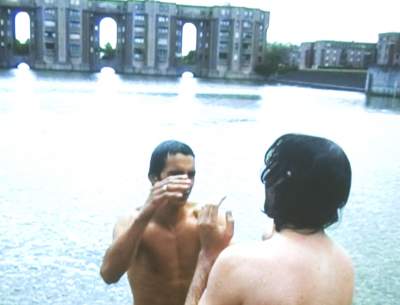 “The Crystal World” presents a selection of Gaillard’s films, most notably his 2011 production, Artefacts.  Filmed on location in Iraq, the artist captures images of massive new construction projects, bombed-out palaces, and the surreal images of a war-torn country as it rebuilds.  Playing Western and Eastern imagery off each other, the artist dramatically portrays the depth of Middle Eastern history, and the years of layered memory that stem from the momentum of human existence.   Shot on an iPhone before being transferred to a 35mm film loop, “Artefact” goes so far as to mimic the process of this historical and psychological overwriting, gradually detriorating as the exhibition progresses. 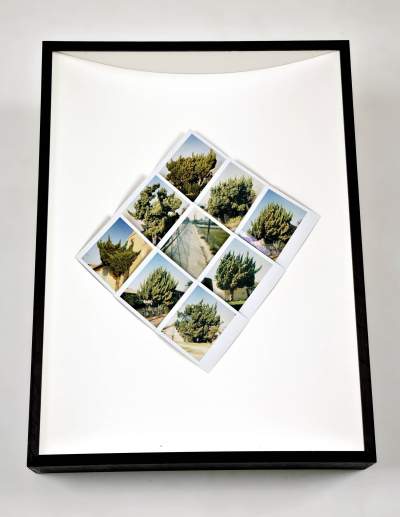 The artist also presents a series of his Graphical Analogies (2006), polaroid photos arranged in a grid pattern, that serve as both travel document and historical record.  Liberated from definite locative and contextual moorings, the photos become riffs on a common theme, exploring commonalities of failure, transition and creation through closely related visual images.  Alongside these, Gaillard has presented a series of construction implements, encased in glass reminiscent of ancient artifacts.  Given the themes explored throughout the artist’s work, the implications are striking. 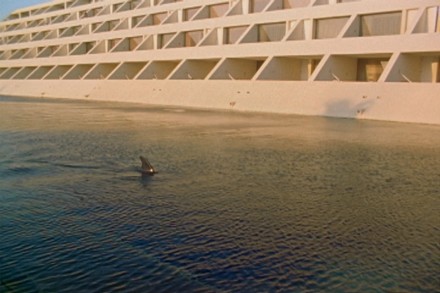 Cyprien Gaillard, Cities of Gold and Mirrors (2009), via Bugada Cargnel

Working against officially dictated contexts and mentalities of space, Gaillard’s work sits at the nexus of the local and global.  By digging into the physical contents of civilization, the artist confronts the actively shifting conceptions of meaning in an intricately connected global sphere, and provides staggering new insights into modernity. 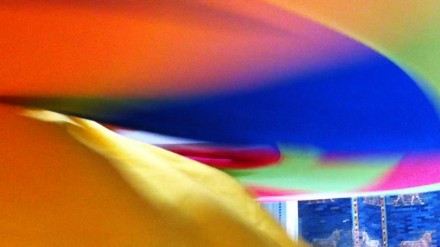 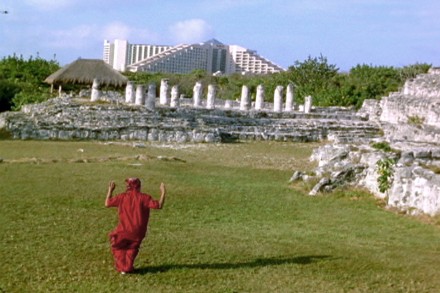 Cyprien Gaillard, Cities of Gold and Mirrors (2009), via MoMA PS1

The Crystal World is on view until March 18th.

This entry was posted on Monday, February 4th, 2013 at 12:19 am and is filed under Art News, Go See. You can follow any responses to this entry through the RSS 2.0 feed. You can leave a response, or trackback from your own site.