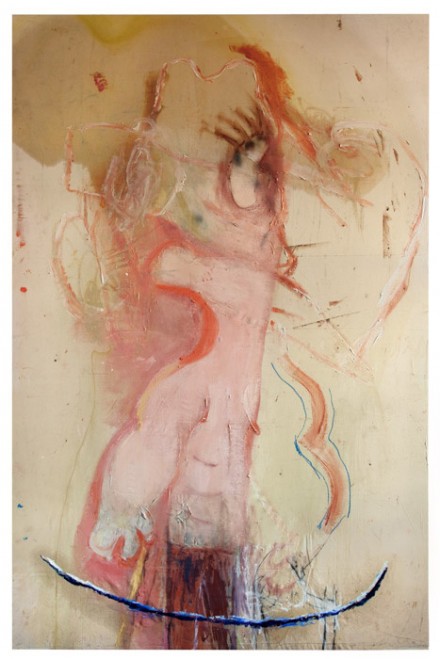 Hauser and Wirth is currently showing new work by Hungarian-born Rita Ackermann at its uptown location in New York City, featuring an exploration of new forms as well as a striking new set of entries in the artist’s Fire By Days series.  Showcasing Ackermann’s ongoing inquiry into repeated motion and new approaches to figuration and composition, Negative Muscle presents a fresh look at her expansive body of work. 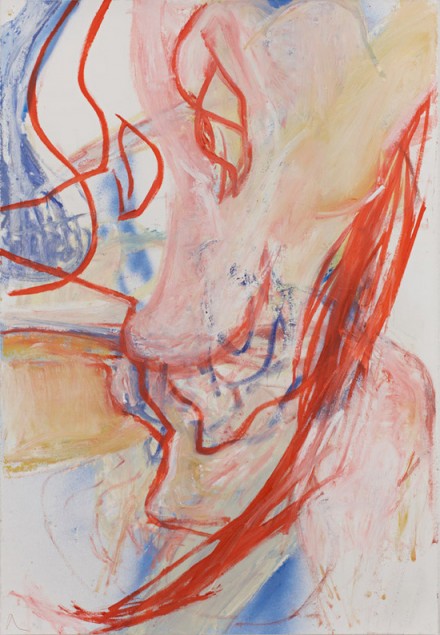 Born in Budapest, Hungary in 1968, Rita Ackermann attended the University of Fine Arts Budapest, and later at the New York Studio School of Drawing, Painting and Sculpture in New York City. Themes consistent throughout Ackermann’s career include compositional whirlpools, the human form and gesture (especially young, nymph-like girls), and a use of a variety of media, including clothing and skateboard designs. Ackermann participated in the Whitney Biennial 2008 Exhibition, and she has participated in many museum and gallery exhibitions in the US, Japan and throughout Europe since the early 1990s. 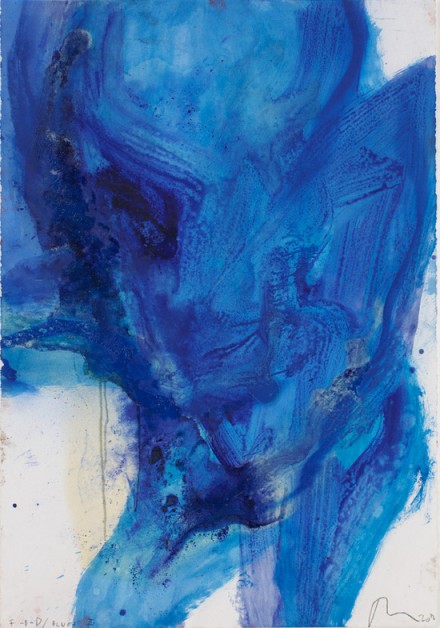 Developed over a two-year period, the group of paintings in Negative Muscle distinctly show Ackermann’s evolution as an artist, embracing a broad array of materials, ranging from oil paint and paper to charcoal and rabbit skin.  After collaborating intensively with Harmony Korine for the duo’s 2010 exhibition of collages at the Swiss Institute of Contemporary Art, New York, Ackermann said she “wanted to explore all the experience I collected while giving up an individual perspective.” The results of this exploration comprise Negative Muscle, on display at Hauser & Wirth through mid-April. 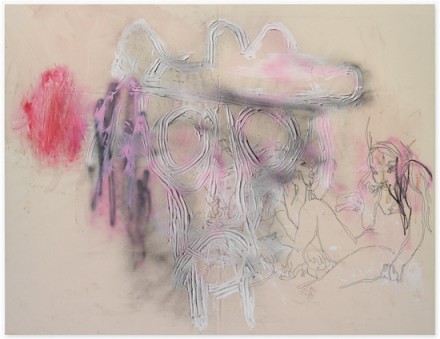 Remarkable within the exhibition is the group of six paintings taken from her abstract, highly personal Fire By Days, a separate series Ackermann began in 2010 when she spilled paint on the floor and mopped it up with a Hungarian fire safety poster. After the accident, Ackermann says, she was interested in “repeating the elements of the raw creation of a ‘disaster’.” Attempting to recreate the accident and “failing to keep it from unintentional learned gestures,” the resulting works are a balance between abstraction and figuration – between “the systematic and the accidental.”

Negative Muscle will remain on view at Hauser & Wirth Gallery in New York until April 20th, 2013. 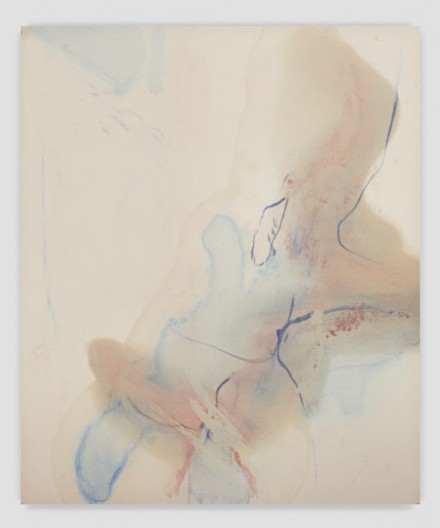 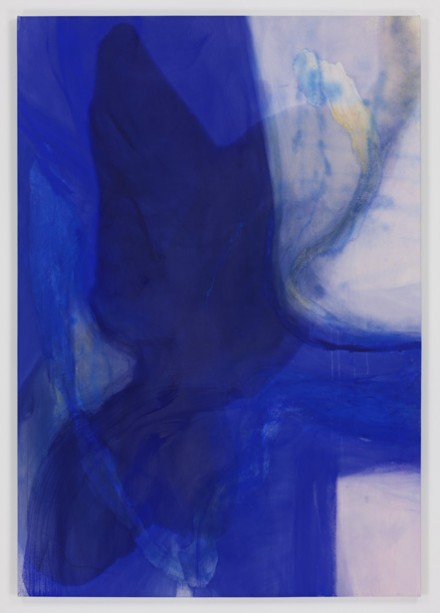 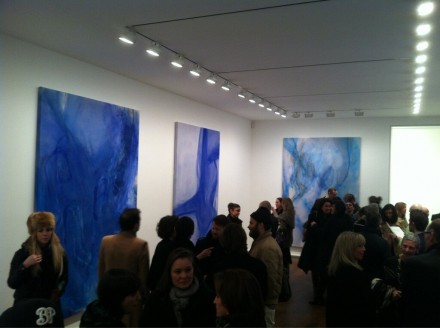 The Opening of Rita Ackermann’s Negative Muscle, via Daniel Creahan for Art Observed

This entry was posted on Tuesday, April 2nd, 2013 at 12:04 am and is filed under Art News. You can follow any responses to this entry through the RSS 2.0 feed. You can leave a response, or trackback from your own site.