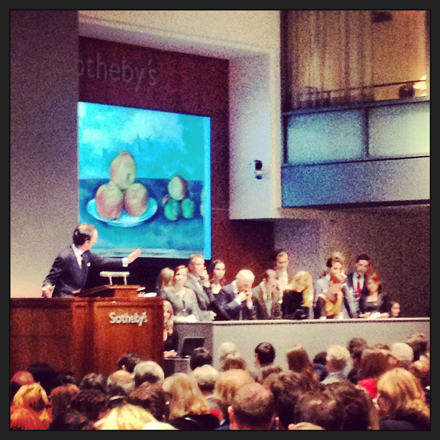 Last night, Sotheby’s held its Impressionist and Modern Art Evening Sale yielding solid results – it sold $230 million worth of art against itsexpected estimate of $162 – 235 million. Of the 71 lots offered 60 sold, a sell through rate of nearly 85%, Sotheby’s experienced a sold by value of 95%.  Sotheby’s New York Head of the Department, Simon Shaw, stated that it was an “extraordinary group of work,” and that last spring’s Impressionist and Modern Art Evening Sale, where Munch’s The Scream brought in $120 million, was a “tough act to follow.” Overall, most of the sale was largely from the collection of Alex and Elisabeth Lewyt – a group of work dubbed a “time capsule collection” by David C. Norman, the Co-Chairman of the Impressionist and Modern Department at Sotheby’s. 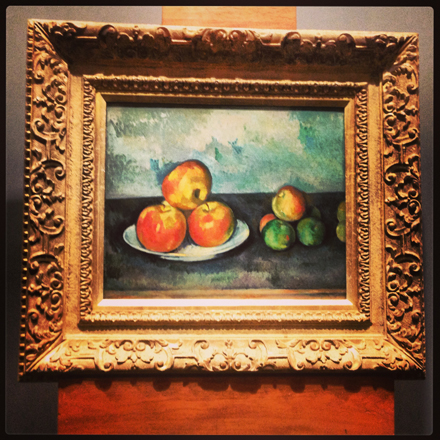 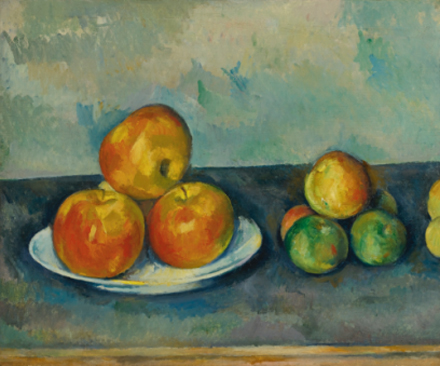 The breadwinner of the evening belonged to Paul Cézanne’s Les Pommes, which acheived $41 million – it had an estimated high of $35 million. Arguably the best Cézanne on the market in sometime, this artwork invited a slow bidding war, where the increments of bidding were in the $1 million range. Auctioneer Tobias Meyer remarked during the crawling climb to David Norman, who was fielding one the prominent phone bidders, “what, David, tell us… no pressure at all.” The salesroom erupted into titters. 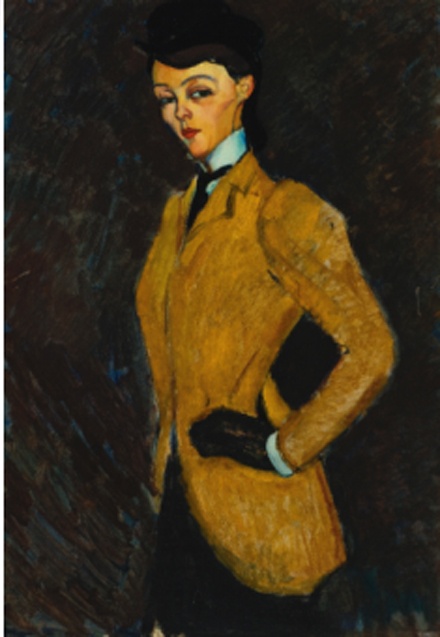 The second highest sale was Amedeo Modigliani’s L’Amazone, which boosted a strong $26 million, well within it’s anticipated draw of $20 – 30 million. The buyer was present within the salesroom.

As the third highest grossing lot, and the third time on Sotheby’s auction block, Georges Braque’s Fauvist landscape Paysage á La Ciotat sold for nearly $16 million, above it’s high of $15 million. This created a new record for the artist at auction. Apparently, this work sold for $200,000 in 1986 and for $3 million in 2001 – statistics that indicate the vitality of the current art market in the Impressionist and Modern field.

Following in the fourth top lot, Rodin’s infamous Le Penseur soared well above it’s anticipated $8 -12 million, and brought in over $15 million. Pablo Picasso occupied the next two top lots. First with the painted metal sculpture portrait Sylvette, which boosted over $13 million against it’s hoped $12 – 18 million, and then with Buste d’homme, which exceeded it’s high of $7 million by garnering nearly $10 million. 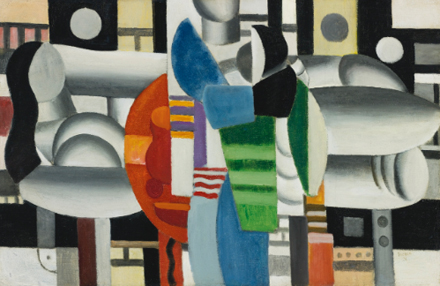 Madonna’s Fernand Leger’s painting, Trois femmes á la table rouge, went just above it’s high estimate of $7 million. All of the proceeds from this sale are going to be donated to her Ray of Light Foundation, which brings education to young women in countries where there is little to no opportunity for female schooling. 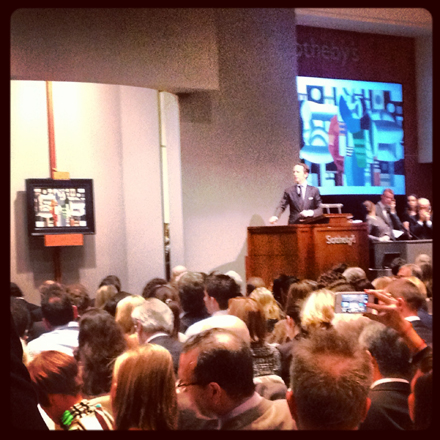 Additionally, two other artist’s achieved records at auction this evening. Marc Chagall’s Animal Dans Les Fleurs sold for $4.7 million, this shattered his former record of $2.9 million for a work on paper. Honoré Daumier’s Les Avocats – Le Parquet Des Avocats earned $2.6 million – his former record for any work at auction had been $2.4 million.

Overall the sale proved to be successful for Sotheby’s. David Norman remarked that there was extremely vibrant competition globally, with over 35 different countries vying for Impressionist and Modern Art. According to Norman, they experienced the most bidding ever to come from South America and Asia, as well as the highest online bidding yet – for $1.1 million. If this past evening is any sort of litmus test for the virility of the art market, the weeks to come may prove to be auspicious.

This entry was posted on Wednesday, May 8th, 2013 at 7:47 am and is filed under Art News. You can follow any responses to this entry through the RSS 2.0 feed. You can leave a response, or trackback from your own site.