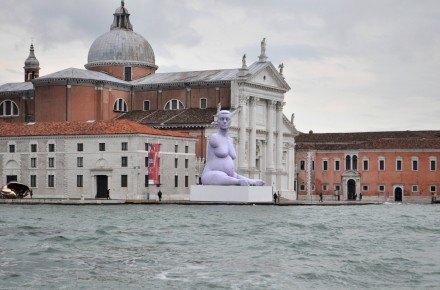 Time and again, Artist Marc Quinn has defined himself as an artist of grand statements.  Utilizing imagery and materials from his surroundings, often cast on symbolically enormous scale, the artist has created a body of work that digs at the complex interrelations of art and science, life and meaning, process and creation.  The act of viewing seems central to Quinn’s body of work, collected for a major solo exhibition in Venice this summer, and running concurrently with the Venice Biennale at the Fondazione Giorgio Cini.  Scale and image converge to create a striking and powerful impression of the human condition for viewers who find themselves in front of his work. 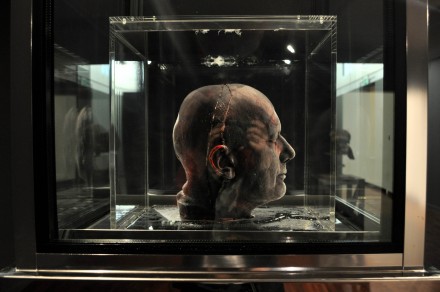 Perhaps most well-known for the sculpture of his own head (Self), cast from 4.5 liters of his own blood, Quinn looks to the simple and minimal in his work, using the raw materials  to project a new meaning onto the work on a much greater scale.  This point is driven home almost immediately in Venice, as the arriving visitor is greeted by his towering inflatable sculpture Breath, a tribute to artist Allison Lapper, which Quinn had previously exhibited in marble on London’s Fourth Plinth in Trafalgar Square.

Inside, Quinn’s explorations of humanity and identity continue through more than 50 works on view, including 13 new pieces previously not exhibited, curated by Germano Celant.  The exhibition also features Evolution, a site-specific update on Quinn’s 2005 work that spreads a series of 10 monumental sculptures of gestating humans in the fetal state, highlighting the miraculous development of life in the mother’s womb.  Emerging from the water surrounding the exhibition, the works take on a bizarre, somewhat ambiguous state, holding the human form at a distance that gives it a certain foreign quality. 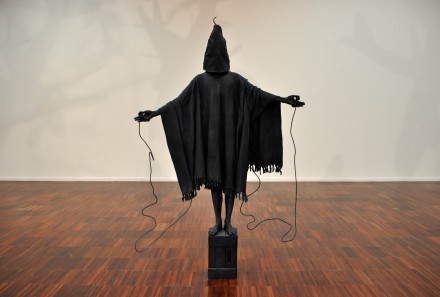 The exhibition of Quinn’s work continues inside, including seven pieces from his Archaeology of Art series: enormous bronze seashell sculptures that serve as an inquiry into the inherent creative processes of nature, and the winding, geometric forms of the natural world. 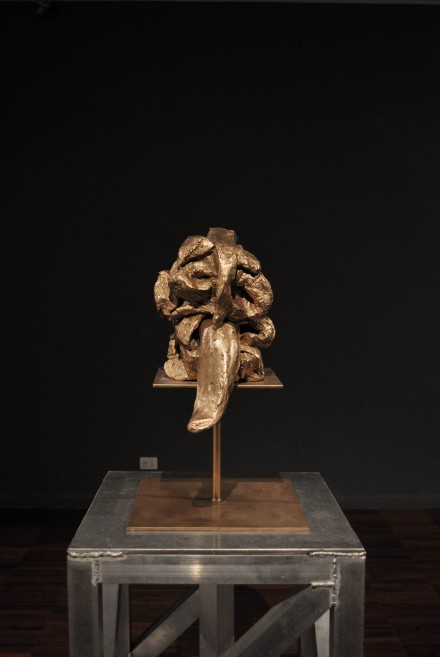 The show also includes a set of Quinn’s close-focus photographs of slabs of meat, bringing a visceral awareness of the body itself to the forefront, all through  a close-quarters engagement with one of its prime materials.  It’s almost as if Quinn was inquiring where the spark of life begins, constantly referring to the elements of human composition as a way to highlight man’s otherness from the body itself, while remaining wholly ensconced within it. 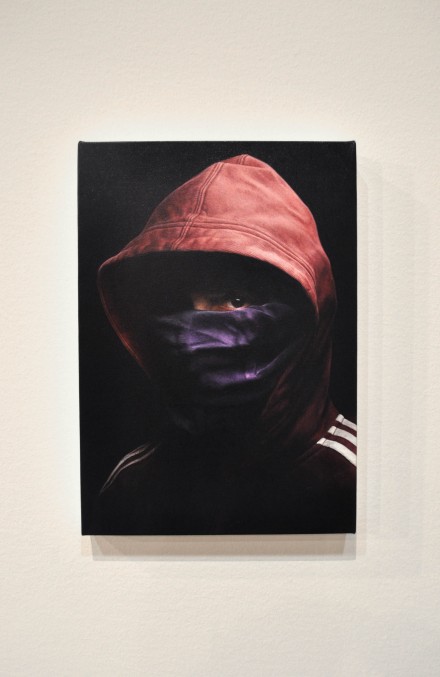 Alongside these works, Quinn offers compelling, powerful images of contemporary society, positioning characters and figures within complex flows of geopolitical meaning and social consciousness.  In Mirage, the artist recreates a famous image from the Abu Ghraib prison abuse scandal, bringing the visitor face to face with the darker face of contemporary society.  In other works, the artist depicts the figures of protesters and political dissidents, hooded or masked in the face of repressive force.  The human form, and infusing it with specific, locative powers, Quinn infuses their position with a new political meaning. 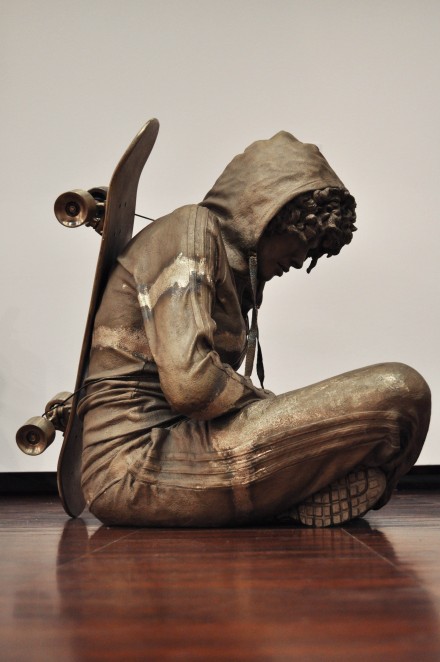 Throughout his work, Quinn seems intent on presenting a diverse, vocal portrait of humanity, in both its deepest recesses of political and social flux, and its most simple images of life and death.  It’s a bold gambit, to continually tackle such challenging and monumental subject matter with singular works, then move on, especially when using images with such wide cultural visibility.  One must wonder if Quinn is in fact seeking to bring a real, tactile experience back to the body in a society that seems to be increasingly losing touch with it, or if he is merely seeking the most impressive (both in scale and impact) metaphor on which to establish the primacy of his own artistic creation. 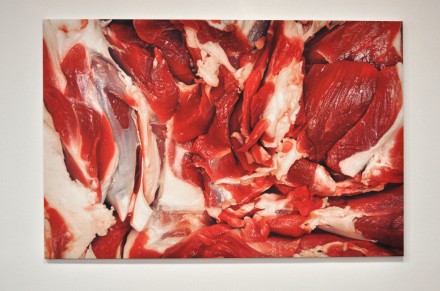 Challenging and thoughtful, the Fondazione Giorgio Cini’s  exhibition is a comprehensive summary of Quinn’s grand statements on human and natural life, both at its most basic and most complex forms.  Given this ambitious project, the watery landscapes of Venice serve as a perfect backdrop for his explorations: the city rising from the sea, the man rising from marble. 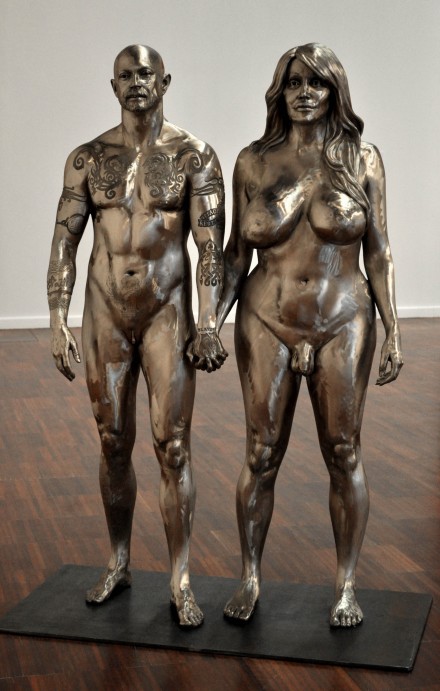 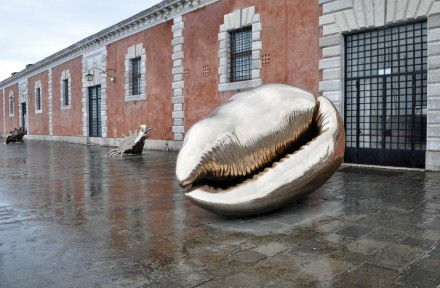 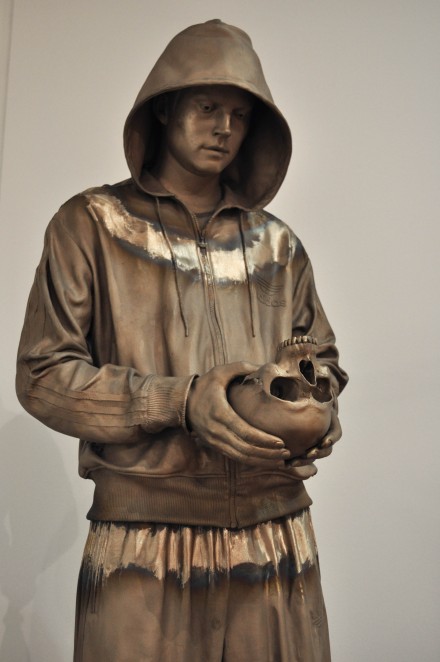 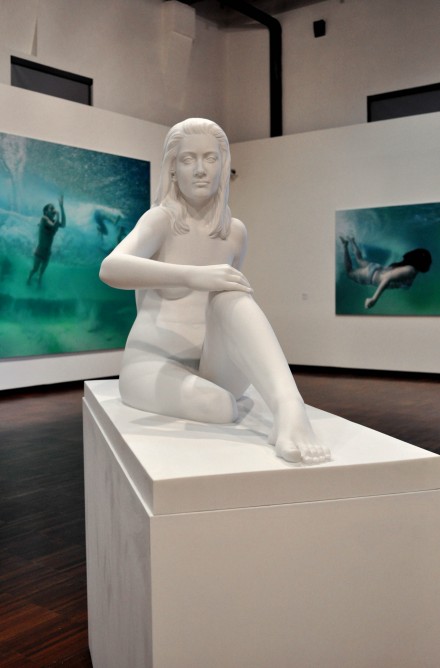 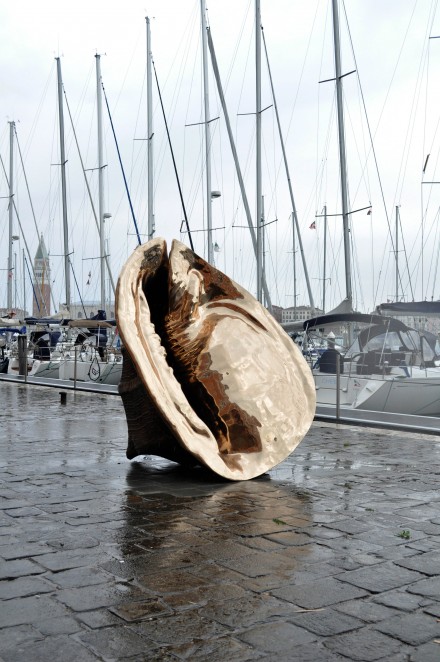 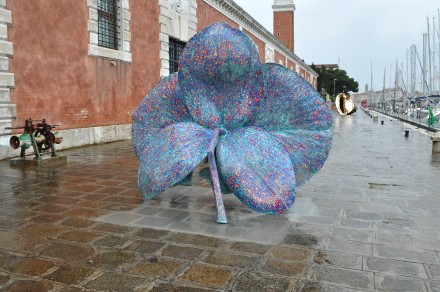 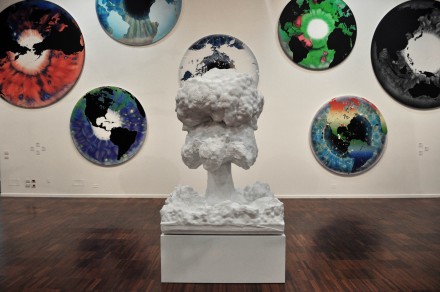 Marc Quinn, Upshot Knothole Grable and The Eye of History

All photos taken by Art Observed

This entry was posted on Friday, May 31st, 2013 at 4:15 am and is filed under Art News. You can follow any responses to this entry through the RSS 2.0 feed. You can leave a response, or trackback from your own site.