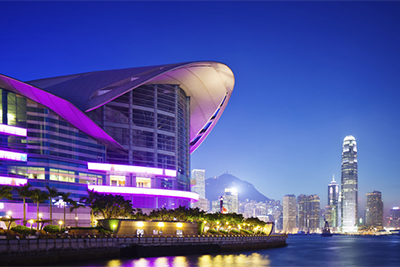 With the closing of the doors at the Hong Kong Convention Center this past Sunday, the first edition of Art Basel Hong Kong was brought to a conclusion after a flourish of strong sales, critical praise, and notable attention for the art fair giant’s first foray into the Asian continent. 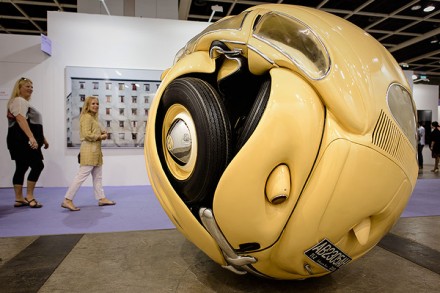 Scaling back the size and scope of its predecessor, the fervently popular Art HK, Art Basel brought its own consummate professionalism to the fray, presenting a pared-down showing of 245 total galleries, including 48 which had previously never shown in Hong Kong, and just over half of the galleries claiming the South-Asian continent at home.  Offering more room to visitors, while raising the prestige factor and security monitoring, Art Basel Hong Kong opened as an internationally attended event, boasting Russian collector Roman Abramovich, model Kate Moss, dealer Larry Gagosian, curator Hans Ulrich Obrist, and artists Fernando Botero and Takashi Murakami as guests.  The fair also boasted an unusually young crowd, joining the high-profile names that wandered the aisles and booths. 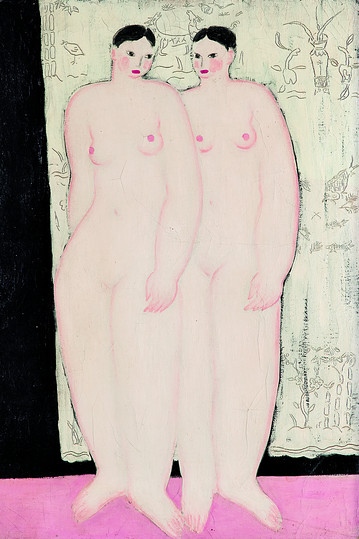 Sanyu, Two Standing Nudes, which sold for $5.8 Million this week at Christie’s in Hong Kong, via Wall Street Journal

The event touched down as the centerpiece of Hong Kong’s rapidly growing Hong Kong Art Week, a city-wide event that has seen steady growth over the past 5 years of its existence, and featured a number of strikingly ambitious exhibitions this year, including the M+ Museum’s highly noted exhibition of inflatable art works, capped by the wildly popular rubber duck sculpture floating in Hong Kong’s harbor, alongside work by Cao Fei and Paul McCarthy.  The museum also used Art Basel Hong Kong to announce the acquisition of landmark work by Taiwanese artist Tehching Hsieh.  It was a diverse selection of events and exhibitions, meant to underline the growing impact of the Asian arts community, perhaps best exemplified by Paper Rain, a dance performance and parade on the Hong Kong waterfront starring a number of prominent Asian artists, done as part of the opening ceremony for the fair. 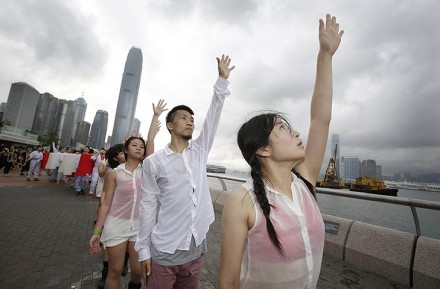 Artists in Paper Rain Parade, via The Guardian

While the event lacked the frenetic VIP buying period that characterizes the first day of most high-profile festivals, Art Basel Hong Kong saw strong, steady sales across the course of its five-day run, with many buyers taking the time to browse works and compare prices before buying. “Collectors here want engagement and education,” says Jeff Poe, a co-owner of Blum & Poe. “They won’t be pushed into doing things quickly. It’s not a Western way of doing business.”  Even so, the gallery saw strong sales, with a number of works by both Takashi Murakami and Yoshitomo Nara commanding impressive sales counts.  Artist Fernando Botero also had a standout week, selling seven works, including his recent Quartero piece for a sturdy $1.3 million.  Other reports cite a 16-panel Gerhard Richter piece was sold by Marian Goodman, capitalizing on the artist’s current popularity in China, and several Ivan Navarro sculptures sold by Paul Kasmin. 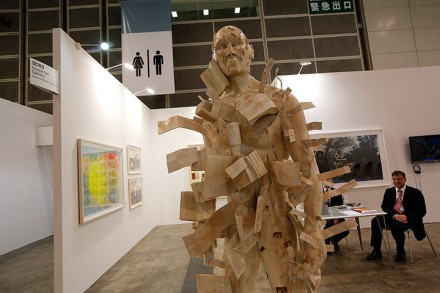 Asian galleries and artists also did well during the event.  Yayoi Kusama sold a reported 18 works, valued at up to $2 million a piece, and Taiwan’s Lin & Lin gallery also experienced strong sales.  Also of note was the sale of a spectacular 1932 canvas by Vietnamese artist Nguyen Phan Chanh, titled “La Marchande de Riz (The Rice Seller),” for $390,000 at Christie’s concurrent auction of Asian and contemporary works in Hong Kong that week, setting the record for a Vietnamese artist at auction.  The sale also new records set for Chinese-American Yun Gee, Singaporean Georgette Chen, and Japanese artist Kohei Nawa, helping bring the total in art sales for the weekend to over $97 Million. 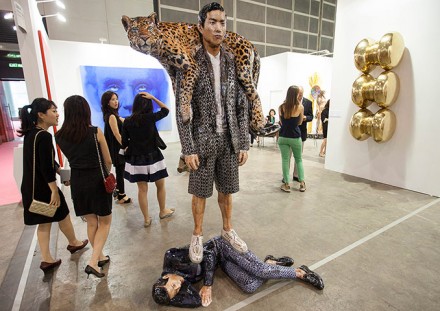 On top of its strong offering of works, the fair also held a number of talks, lectures and installations, typical of Art Basel’s diversified approach to the art fair, often focusing on the Asian art scene’s emergence onto the global stage.  A number of major Asian and international artists were also on hand for the fair’s well-attended discussion series, with featured speakers including Rikrit Tiravanija, Zhang Xiaogang, Jeffrey Deitch, and many more, examining the impact of the growing international art fair circuit, and its implications on the global arts community as the diverse pools of talent and buying power worldwide become increasingly interconnected. 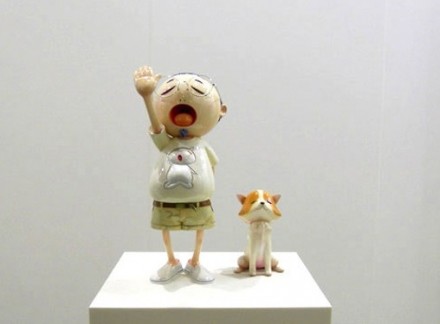 Takashi Murakami, Pom and Me, via Complex

This view of the global arts scene was echoed by collectors and gallerists alike, using the fair not only as a selling platform, but as a major networking event, joining potential clients and longtime buyers through a series of investigative meetings.  While some galleries reported lower than expected sales, many galleries remained upbeat, excited to make ties to the wealthy collectors of China and beyond.  “Our sales are to new collectors,” Says Galerie Gmurzynska dealer Mathias Rastorfer. “We’ve also made a lot of new contacts.” 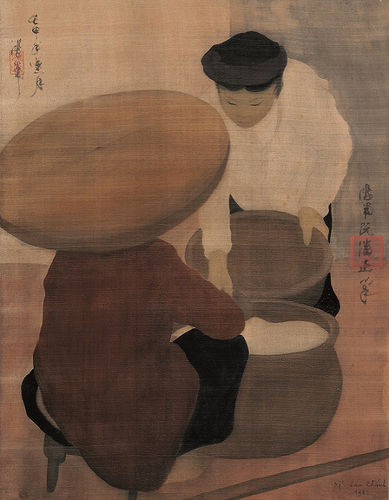 Signaling the city’s emergence onto the global arts landscape, Art Basel Hong Kong has positioned itself as a major player in the ever-growing fair rotation, offering an interesting second chance for buyers around the world to make a major purchase just after the closing of Frieze New York.  The fair will return for its second edition on May 15th of 2014. 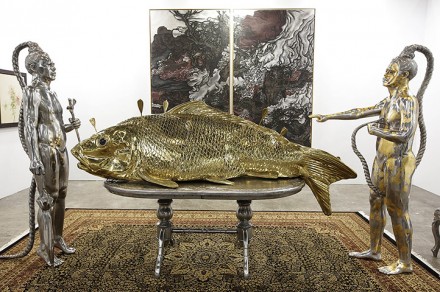 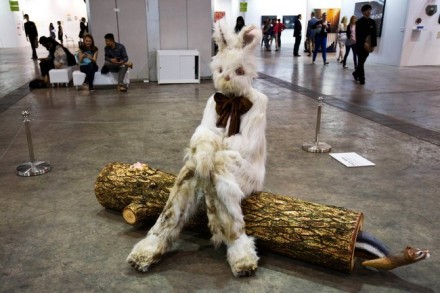 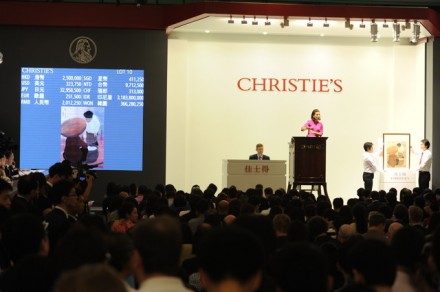 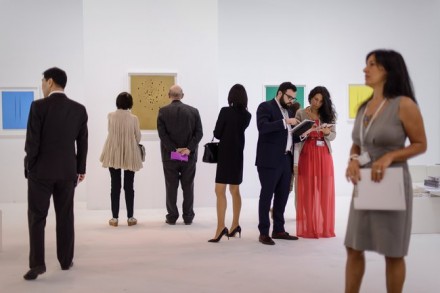 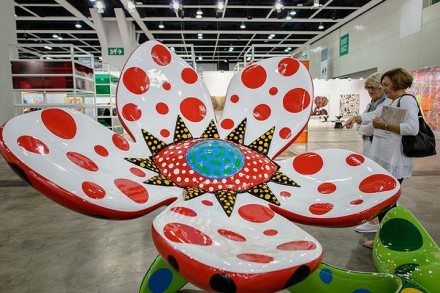 Yayoi Kusama, via The Guardian

This entry was posted on Wednesday, May 29th, 2013 at 10:10 am and is filed under Art News. You can follow any responses to this entry through the RSS 2.0 feed. You can leave a response, or trackback from your own site.