New York – “Jay Defeo: A Retrospective” at The Whitney Museum of American Art Through June 2nd, 2013 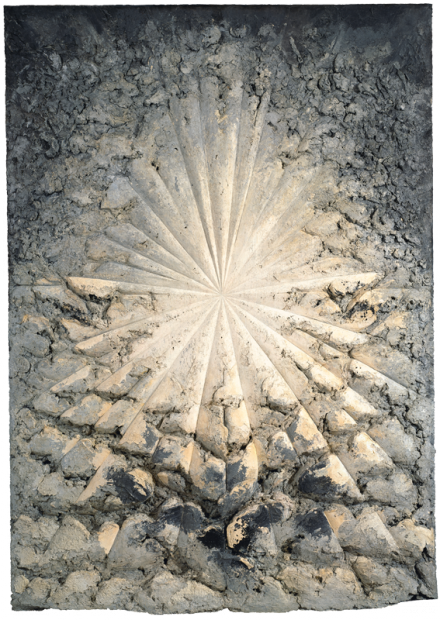 The story of painter Jay DeFeo, and her landmark work The Rose, has become something of a legend in the annals of American contemporary art.  The work took over 8 years to complete, constructed through the continuous process of painting and chiseling at the canvas until its weight reached nearly one ton, and its removal from her apartment necessitated the removal of an exterior wall.  Buried in storage for years at the Pasadena Museum of Art, the piece was nearly lost to antiquity before being rediscovered behind a hastily erected wall, and rushed to preservation.  Now The Rose has returned to the spotlight, the centerpiece of a massive retrospective of the work of DeFeo, currently on view at the Whitney Museum of American Art in New York. 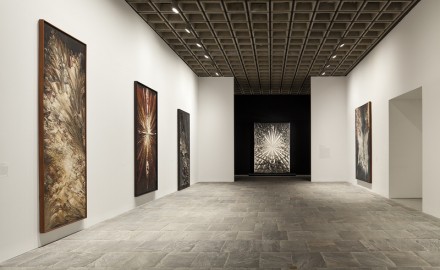 Featuring nearly 150 works by Jay DeFeo, the exhibition charts the artist’s vast explorations of painting, drawing, photography, collage, and even jewelry making, while tracing her place as a central figure in the avant-garde arts scene of San Francsico in the mid-twentieth century through her years teaching at Mills College in Oakland before her death in 1989.

DeFeo’s retrospective is marked by the artist’s series of rebirths and restarts, returning from self-imposed absences to create an entirely new body of work.  After the completion of The Rose, DeFeo did not create another work for three years, returning in 1970 with a series of stark, powerful paintings that blur the line between concrete and abstracted figuration.  Shifting again in the early 1980’s, she began creating immense, abstract oil paintings that brought a new degree of vigorous action to her body of work.  Relentlessly exploring new shapes and conceptions, DeFeo branched out into collage and photography, using these new formats to inform her painting, while simultaneously creating complexly arranged works that combined multiple approaches in a single work. 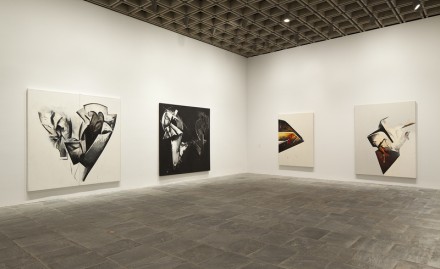 Blending explorations and inquiries into the sacred and the natural, DeFeo’s work is marked by a distinctive sense of wonder, pouring immense energy into abstract works evoking  while simultaneously embracing photography of her native California and her own personal history, occasionally joining the two together. 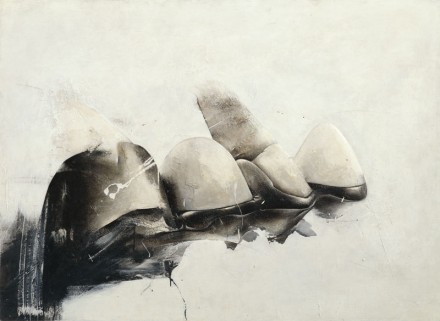 But over and above all, The Rose still holds court in the Whitney’s 4th floor exhibition space, funneling the attention of visitors through the room to rest on its powerful, convergent cross.  The Whitney has taken express efforts to arrange the works of this main room around a narrative structure DeFeo herself created, placing works in relation to each other based on how the artist had conceptualized them.  Across the room from the momentous work sits The Eyes (1958), a disembodied gaze unable to break its captivated stare away from The Rose.  Surrounding these are a variety of works (The Annunciation, The Veronica, etc.) that paved the way for DeFeo’s magnum opus.  Blending religious symbolism with personal narrative , this cohesive, striking collection of works marks a clear peak in the artist’s output. 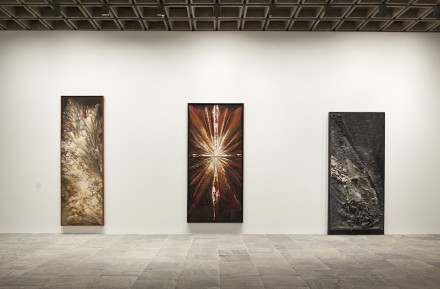 That being said, DeFeo’s retrospective holds many surprises, and the exhibition demands thoughtful consideration as a whole, documenting the often ignored later output of Jay DeFeo.  Fitting then, that The Whitney would arrange the show chronologically, tracing how the artist moved on after her own divine inspiration.

Jay DeFeo: A Retrospective is on view until June 2nd. 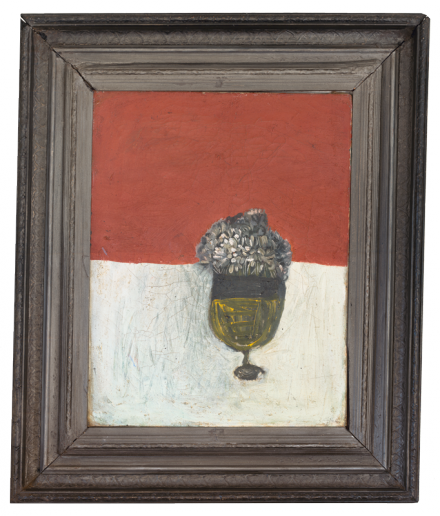 Jay DeFeo, Landscape with Figure, (1955), via The Whitney 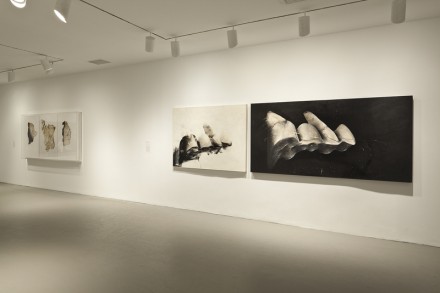 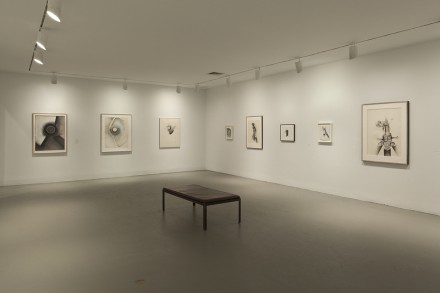 This entry was posted on Wednesday, May 15th, 2013 at 6:56 am and is filed under Art News. You can follow any responses to this entry through the RSS 2.0 feed. You can leave a response, or trackback from your own site.