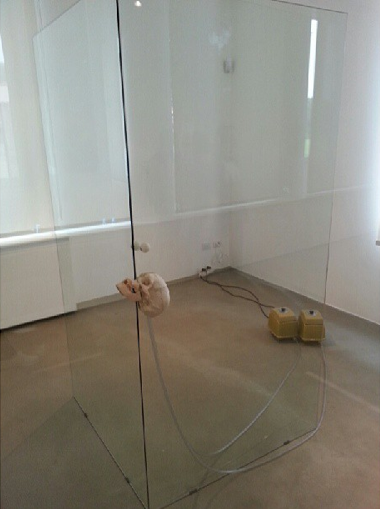 In conjunction with the events and exhibitions of the 55th Venice Biennale this summer, Le Stanze del Vetro (“Rooms for Glass”), the joint project by La Fondazione Giorgio Cini and Pentagram Siftung, is currently presenting Fragile?, an exhibition dedicated to the presence and use of glass in contemporary art.  Perhaps one of the more interesting conceits for a Biennale exhibition, the show on the Venetian island of San Giorgio Maggiore looks at glass as an aesthetic and and figurative medium in current practice, featuring works by Ai Weiwei, Marcel Duchamp, Pipliotti Rist, Joseph Beuys, and many more. 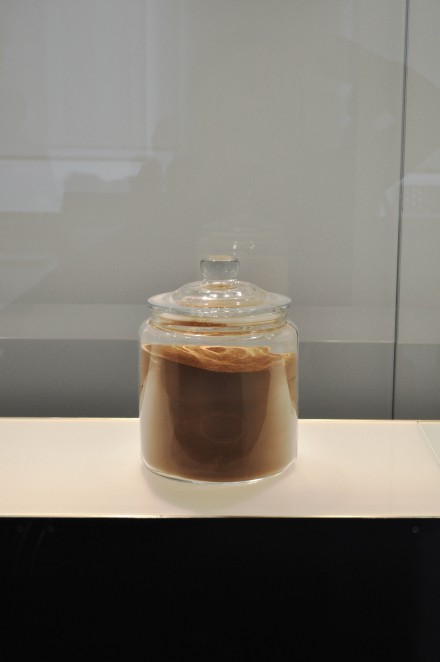 Opened just last year, Le Stanze del Vetro stands as a testament to the storied reputation of Venetian glass, an artisan craft renowned the world over for its unique colorations and exceptional craftsmanship.  Using the global emphasis of the Biennale as a jumping off point, the museum seeks to broaden its focus here, presenting an exhibition that joins Venice’s long history with glasswork with the international art world that descends on the city every two years. 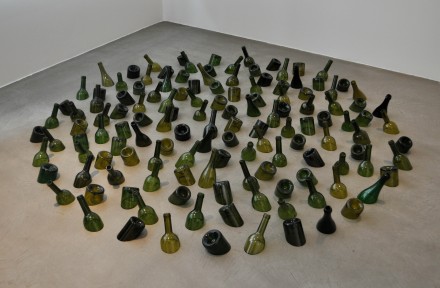 The premise of the show is an intriguing one, exploring the range of uses and implications for glass in both aesthetically focused works alongside more conceptually driven installations and pieces.  Playing with ideas of durability and fragility, ephemerality and timelessness, the exhibition presents new perspectives on the use of glass as an artistic medium, and its increasingly present role in the contemporary arts. 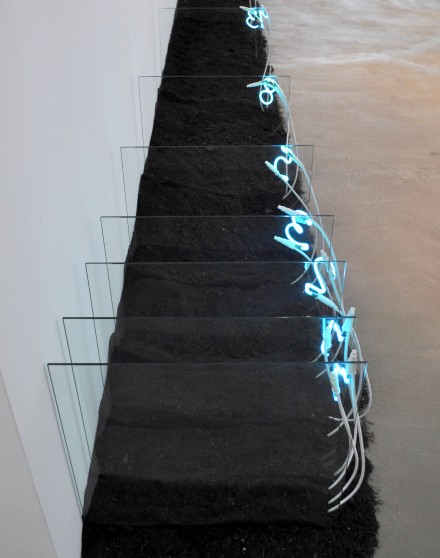 In a number of works on view, glass serves as an intriguing metaphor for timelessness, locking various materials or images into a state of preservation.  In one example, Duchamp’s Air de Paris (1919-1939), locks away a breath of air within a small glass bauble, a delicate, self-contained memorial to the years between the brutal World Wars that tore Europe apart in the first half of the 20th century.  In another piece, Ai Weiwei inters the dust of ground neolithic-age pottery within mass-produced glass containers, calling to question themes of preservation and representation, as well as distinct conflicts of identity in a Chinese nation that has made economic strides through its emphasis on mass production while often subjecting its peoples to sub-standard living conditions and corruption.  Using minimal pieces, the glass in this work stands as a powerful image of modernity. 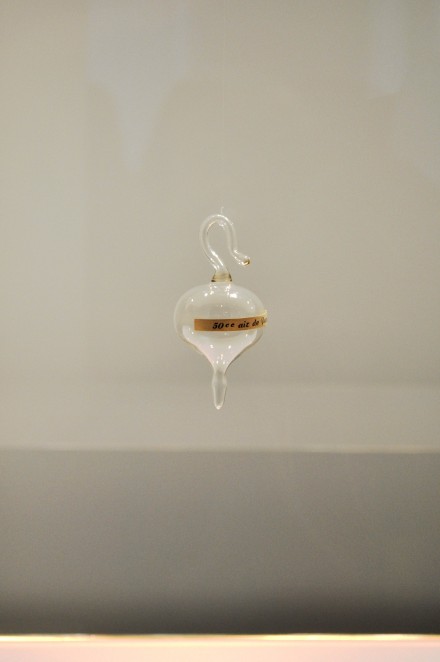 Other artists on view dig into the inherent properties of glass itself, using its reflective surface to open new dialogues with the surrounding environment.  Giuseppe Penone’s Barrad’aria is one such work,using several layers of arranged glass to set the environments around the gallery into relation with each other.  The various images of the gallery are brought to a collision on the singular plane, offering a difficult and nearly omniscient perspective that posits the glass surface not merely as the work, but as the focal point where all of the situational elements of the piece come together. 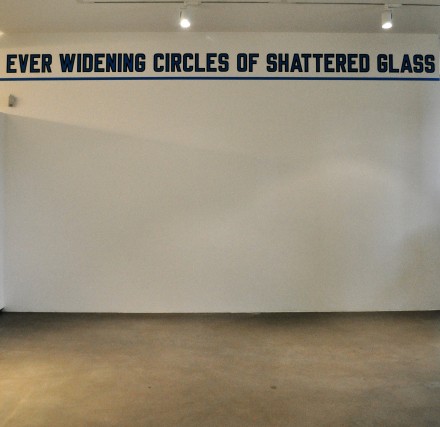 A third series of works underline the brittle nature of glass, a medium that, despite its intriguing behaviors and capacities, is still extremely delicate, particular emphasized by the shattered shards of Barry Leva and Joseph Beuys.  Using the brittle nature of glass, these artists use the violent connotations of its sharp, jagged pieces to highlight the taut moments of violence acting on the work.  A similar effect is wrought by Lawrence Weiner’s Ever Widening Circles of Shattered Glass, which again plays on images of violence, but merely through semiotic suggestion. 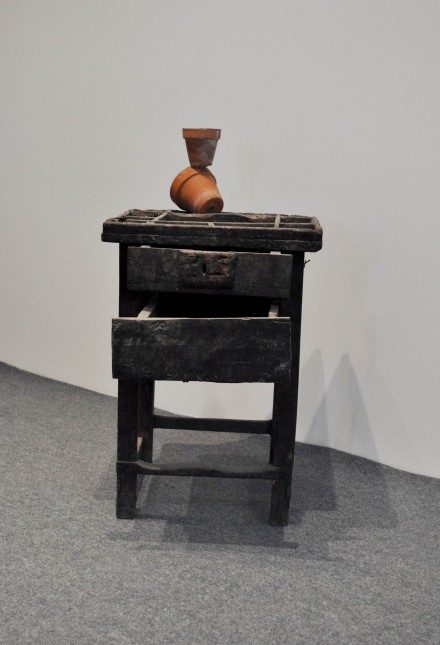 Deftly handling a variety of perspectives and investigations into the properties, perspectives and structural intrusions created by the use of glass in contemporary art, Fragile? offers an insightful look into a material that walks the line between delicate transience and rigid immediacy.  Whether used to underline the force of an acting agent, or to emphasize the piece’s presence in its exhibited environment, the show makes clear the medium’s powerful role in the thought and practice of art today.  The show is on view until July 28th. 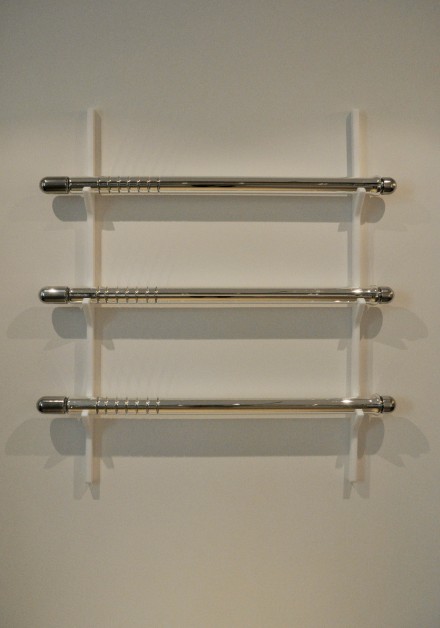 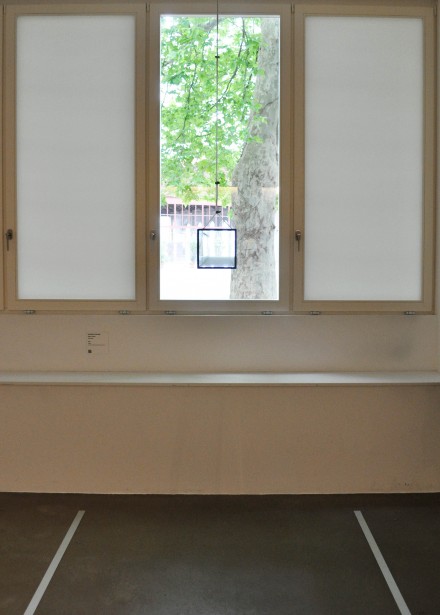 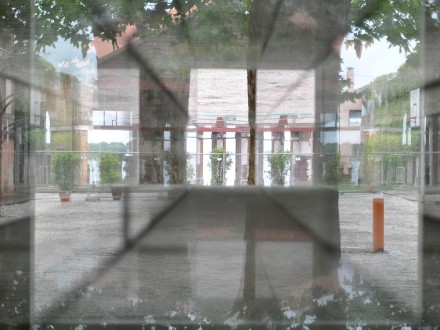 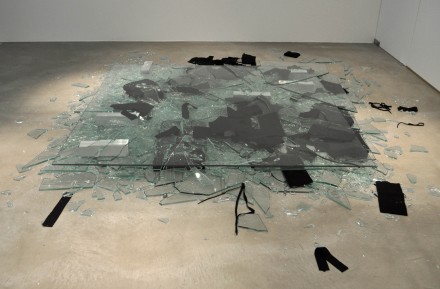 This entry was posted on Tuesday, June 4th, 2013 at 12:14 pm and is filed under Art News. You can follow any responses to this entry through the RSS 2.0 feed. You can leave a response, or trackback from your own site.