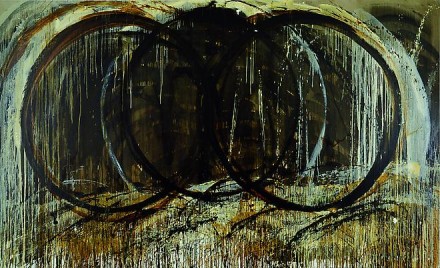 The 1980’s have long been marked for their resurgent focus on the painted canvas.  Led by a dynamic group of New York artists, and a supportive system of gallerists and collectors, the decade saw an explosive body of work emerge that blended expressive technique with a new vision towards abstraction and figuration, breathing new life into a medium many were labeling dead in the water. 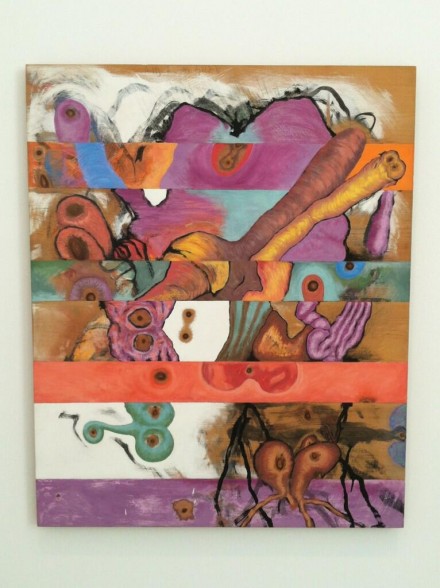 It is this time period and artistic rebirth that Cheim & Read turns towards for its summer exhibition, albeit with a slight historical twist. For the most part, Cheim and Read withholds the big guns of the 1980’s from the exhibition.  Conspicuously absent are the Schnabel’s and Basquiat’s, young artists so often credited with the rebirth of the abstract, painted form.  Instead, the gallery welcomes curator, poet and critic Raphael Rubinstein to dig deeper, exploring a group of older painters whose work during the era took inspiration in equal measure from new techniques and philosophies as well as from older explorations and exercises in deconstruction from the 1960’s and 70’s.  The result is a studied, historically potent show that places the decade’s painterly revival in a much broader context, offering viewers a new perspective, that seemingly reaches everywhere at once. 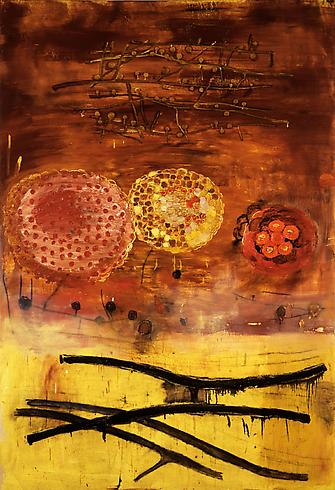 Accordingly, a number of pleasant surprises and intriguing works are afforded the space to truly grab visitors attention.  A particularly striking, geometric work by CalArts graduate Jonathan Lasker is a perfect example, standing out from the predominantly expressionist techniques running through much of the work.  Favoring clean lines and a minimum of colors, Lasker’s Double Play makes its simple layering of elements into a striking dialogue of forms and and patterns, capturing a vivid movement with each precisely placed piece.  Nearby, Elizabeth Murray’s Sentimental Education, takes a mid-20th century technique to the cut canvas, incorporating a tangible sense of Paul Klee’s imaginative line-work and shading into abstract deconstructions of the canvas itself. 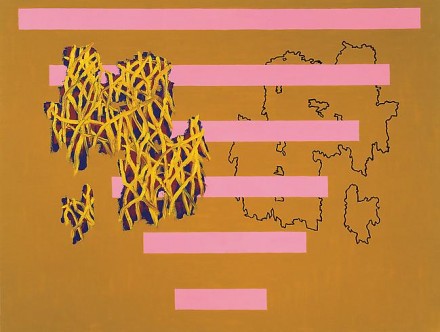 A notable emphasis on texture and movement is often expressed here, particularly that of bold, powerful strokes of color and form that leave tangible hints of the artist’s brushwork and expressive force.  It’s this force that Pat Steir’s Last Wave Painting takes to a natural conclusion, using vast quantities of paint to trace repeated circular motions, and allowing the runoff paint to join with the rest of the work’s palette, creating a dark, visceral work that belies the intensity of its creation.  In another work by Joan Snyder, the artist employs large swaths of green paint, reducing the later works of Monet to an almost primitive language, a field defined by quick, broad stokes of color. 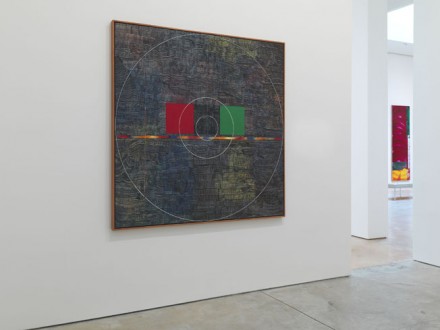 Diverse and inquisitive, Cheim and Read’s exploration of the 1980s’ older rank of painters is a fascinating exercise in research, allowing Rubenstein’s carefully compiled body of artists to explore the realm of influences and expressive tendencies that made up the artistic landscape of the 1980’s.  The result is a show of varying results and creative approaches, which is perhaps the most telling aspects of the decade’s revived interest in the painted form. 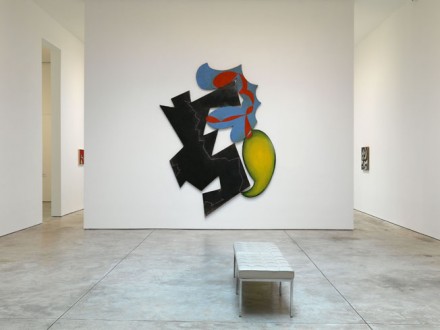 Joan Snyder, Beanfield with Music (1984), via Cheim and Read 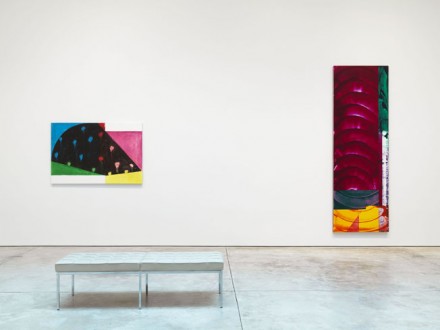 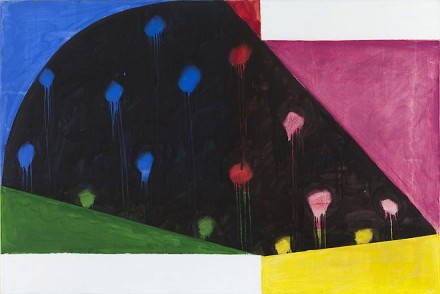 This entry was posted on Monday, August 19th, 2013 at 12:00 am and is filed under Art News. You can follow any responses to this entry through the RSS 2.0 feed. You can leave a response, or trackback from your own site.