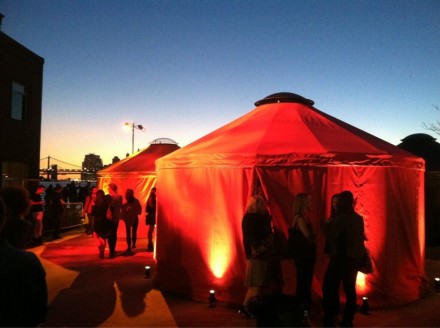 Outside at Riverfront Studios, via Daniel Creahan for Art Observed

Station to Station, the traveling art happening organized and led by Doug Aitken, kicked off Friday night at Riverfront Studios in Brooklyn, featuring a vibrant array of music, performance, video, installations and appearances that launched Aitken and his traveling band of artists and musicians on a nationwide tour, which will conclude in Oakland at the end of September.  With different artists and performers appearing on each stop, the event will continue to shift and evolve with each subsequent event. 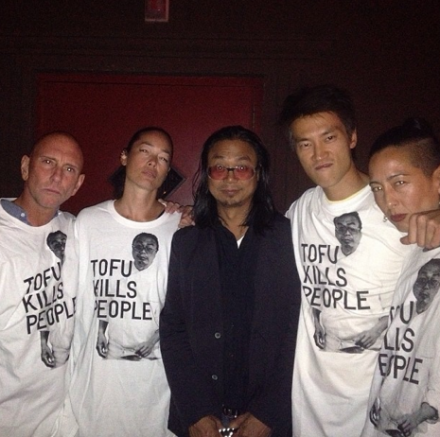 Rikrit Tiravanija and models wearing his specially designed T-Shrit, via Station to Station

Taking up nearly the full grounds both inside and outside of the cavernous Riverfront Studios building, the first night of the event was a fitting kick-off to the event.  An enormous smoke-bomb collage by Olaf Breuning both opened and closed the proceedings, drifting thick, dyed smoke past the heads of the early attendees, and over out over the East River, where a series of temporary yurt structures invited participants to wander freely in and out.  Inside each yurt, artists had been invited to create their own immersive installation, from Urs Fischer’s smoky, disco-ball and mirror room, where visitors were welcome to lie on a bed and converse while others circled the room confusedly, to Liz Glynn’s “Big Bang,” a pitch black maze with the artist waiting at the middle narrating the origins of the universe (a fitting theme for the first night of the event).  Nearby, Ernesto Neto’s yurt took a more tactile approach, constructed from a soft, elastic fabric that gave the impression of an adult-sized fun house. 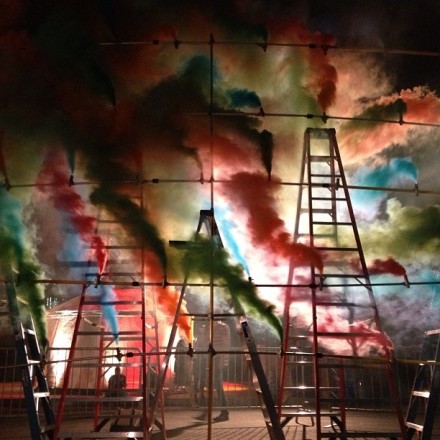 Inside, the tone was markedly more energetic, alternating between video pieces (including Dara Birnbaum’s classic Wonder Woman, as well as pieces by Yayoi Kusama and Allora & Calzadilla), performances (including a pounding techno-accompanied rendition of a Rauschenberg dance piece), and onstage performances from bands like No Age, Ariel Pink, and even a powerful appearance by New York legends Suicide.  Paying homage to the band’s immense influence on the downtown arts and music scene during the 1970’s, the band’s selection as a headliner was a fitting choice, and they rose to occasion.  The band’s signature grinding synths and pulsing drum machine was an impressive display of raw power, and their churning sonics made for a fitting accompaniment to the railway that will pull the tour to the rest of its stops. 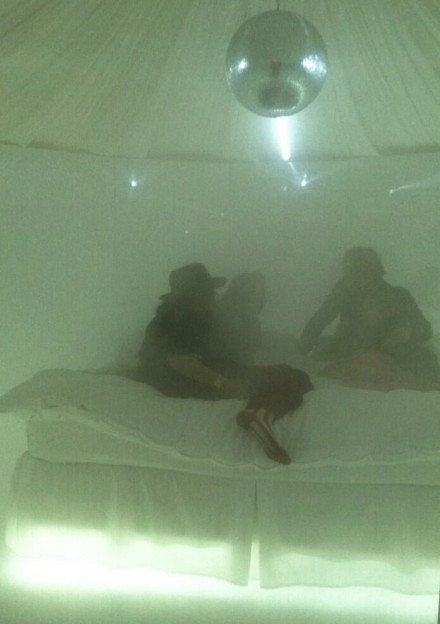 For all the scattered, cacophonous implications of an artistic happening of this magnitude, the event ran with a certain degree of clockwork precision, with each act punctuated by a series of performances, interruptions, and video pieces that relegated the viewer to the position of observer.  An unbroken stream of events, sights and sounds gave a near impression of channel surfing, each moment tightly coordinated to work off the moments before it.  Then again, this is Aitken’s brainchild, an artist who has built a reputation for tightly choreographed sound, visual and sculptural pieces that seem to lock into a mechanistic, nearly rhythmic harmony. 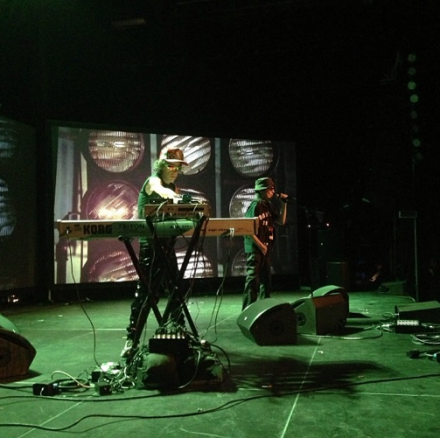 Suicide Performs, via Station to Station

As the night wore down, and the last marching band wound through the crowds leaving the event, a sense of excitement seemed to have just started for the artists and musicians, as they headed home for a few hours of sleep before striking out for Pittsburgh, where the tour will next set up shop, September 8th. 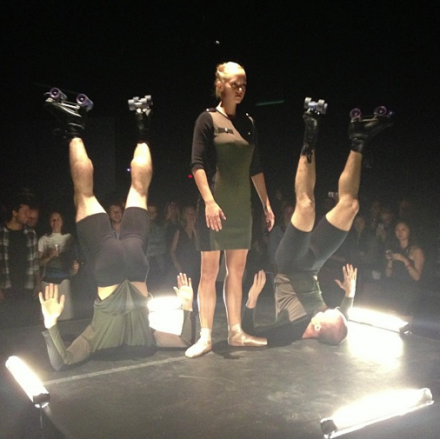 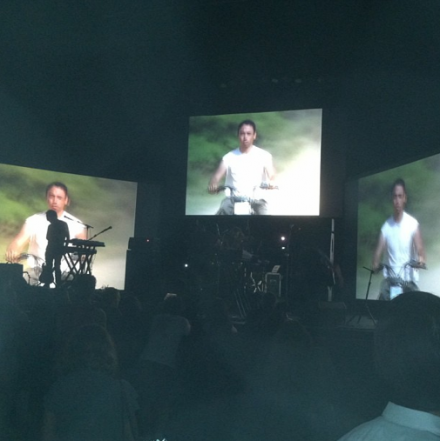 A Video by Allora and Calzadilla, via Daniel Creahan for Art Observed 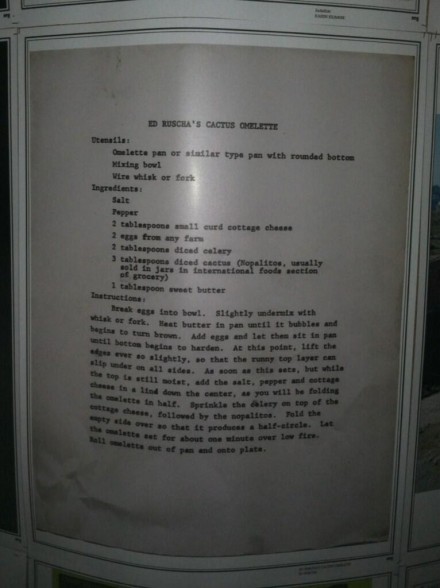 This entry was posted on Tuesday, September 10th, 2013 at 1:18 am and is filed under Art News. You can follow any responses to this entry through the RSS 2.0 feed. You can leave a response, or trackback from your own site.