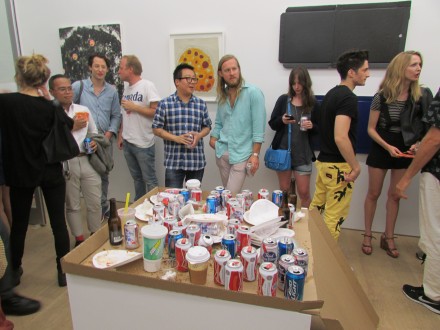 John Riepenhoff, Physical Pizza Networking Theory (2013), with the artist, right, in conversation with Andrew Kuo, and director, Pascal Spengemann, in conversation behind them, via Ben Richards for Art Observed

Everybody loves pizza, but the Marlborough Broome Street Gallery loves it even more. With PIZZA TIME!, the new downtown project space from one of New York’s most recognized galleries gives a multimedia homage to the pizza pie.  Supervised by Marlborough Director Pierre Levai’s young son Max, the show signals another step forward for a gallery in the midst of reinventing itself, signing new talent like Rashaad Newsome and duo Jonah Freeman and Justin Lowe, and pursuing new ground for the storied institution. 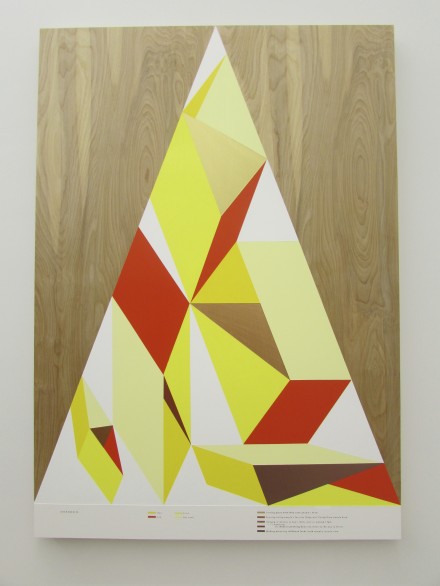 Fittingly enough, the gallery threw an enormous pizza party to celebrate this inaugural event. On September 8th, gallery visitors were invited to enjoy catered Rubirosa Ristorante pizza, and when they were done, to place their used paper plates and beer cans in the giant pizza box, all part of the piece Physical Pizza Networking Theory by John Riepenhoff, which stood as the centerpiece of the first room.  In fact, the work created such a fitting simulation of the debris of any pizza party that gallery director Vera Neykov found herself chasing out several intrepid can collectors, who ventured into the gallery to pick up the empty beer cans making up a sizable part of the work.  It was a strange moment, underlining the “other” created by any party or gathering, and the friction often generated by interactions between the New York art world and its surrounding communities. 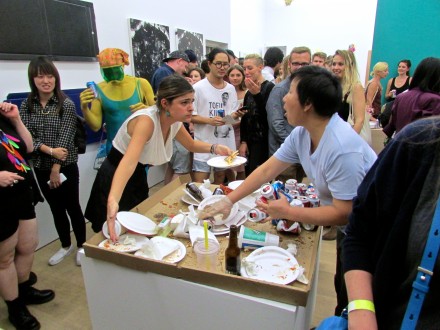 Even though the gallery’s pizza party was just for its opening night, PIZZA TIME! runs until October 6th, with a number of noteworthy and intriguing pieces to see and enjoy.  Andrew Kuo’s Slice 8/23/13 taps into a variety of word associations and life experiences so familiar to his work, all arranged . At first glance, it is a geometric and glossy collage of angular, paper shapes altogether in the shape of a pizza on a wooden backdrop. After reading the strip at the bottom, Kuo’s Slice 8/23/13 reveals itself to be an emotional infographic of August 23rd, 2013, whereinto the shape of an actual slice. The lightest brown reads “Trusting pizza more than some people I know” while the darkest: “Wishing devouring childhood foods could actually reverse time.”  Other works are somewhat easier to digest, like Jonah Freeman’s and Justin Lowe’s paper mache Pizza Dog 1­-4 piñatas, which hang from the ceiling. 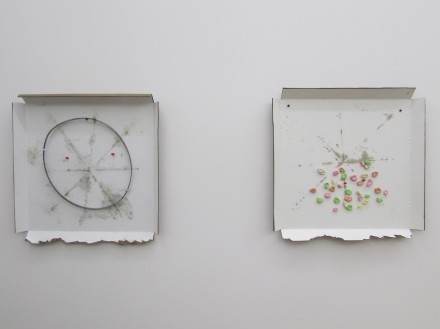 Overall, the Marlborough Broome Street Gallery’s “PIZZA TIME!” exhibition provides a whimsical collection of contemporary art that all thematically circle around the suspended adolescence so often implied by the pizza pie. Although some of the contemporary pieces may be hard for some people to swallow (Chris Bradley‘s steel, aluminum, cast bronze, and paint work looks like old pieces of gum stuck to a used pizza box in his piece Dog Bitch), but the nearby works by John Baldessari and Willem de Kooning show that no matter what the age or background, everyones loves a good slice. 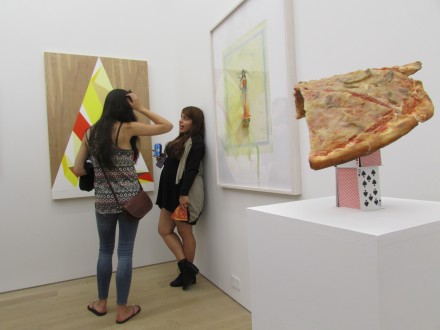 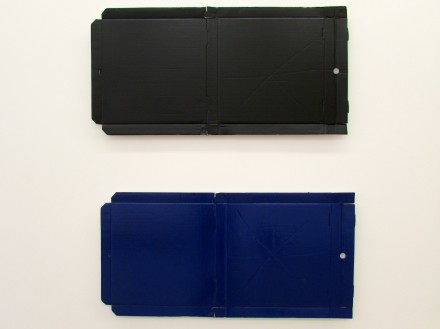 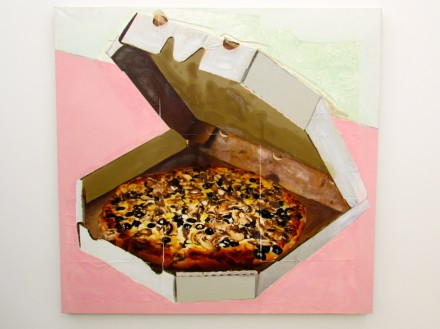 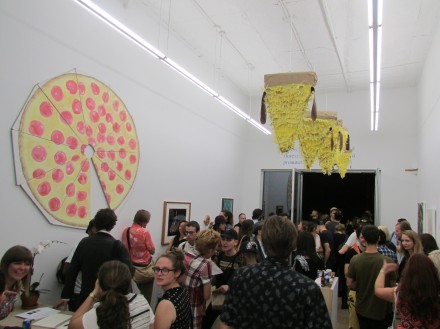 This entry was posted on Monday, September 23rd, 2013 at 12:00 am and is filed under Art News. You can follow any responses to this entry through the RSS 2.0 feed. You can leave a response, or trackback from your own site.