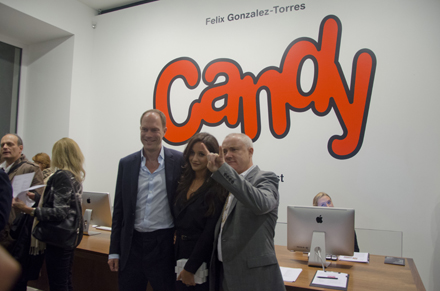 As Frieze London prepares to open its doors to the press and VIPs tomorrow morning in Regent’s Park, gallerists around the city are aiming to pull out all the stops in attracting collectors during the week’s events.  Such seemed to be the case with Blain|Southern‘s Candy, a blockbuster exhibition of works by Felix Gonzalez-Torres and Damien Hirst focusing on the artists’ shared material and aesthetic interests in the sugary snack as artistic medium, which opened last night. 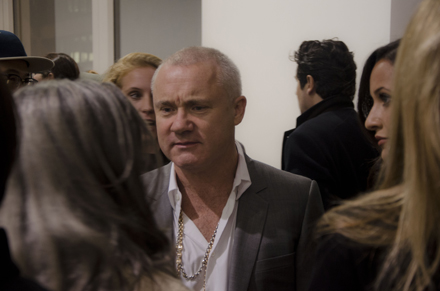 An intriguing line drawn between two seemingly disparate artists, Candy places the bright colors of consumer capitalism at its center, examining at different turns notions of absence, identity, and consumption.  True to form, Hirst’s works, from the Visual Candy series, were originally intended as a response to the harsh criticisms leveled at his Spot Painting works.  Exploring a slapdash approach to expressionist, the works were originally intended as portraits of pharmaceutical supplements, playfully infusing Hirst’s trademark focus on commercial medicine into his work yet again. 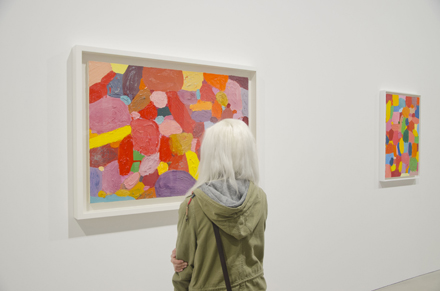 For Gonzalez-Torres, the sweet ephemerality of the candy offered him a different route of exploration, using the easily portable, consumable product as a way to describe and illustrate loss.  His Candy Spills snake the gallery, running against walls and into corners, all encouraging visitors to take freely.  Bringing the viewer into a direct interaction with the work, Gonzalez-Torres reminds each participant of their role in relation to the art, imbuing each with a direct responsibility over the shape, size and presence of the piece.  Given the artist’s untimely passing from AIDS in the mid-90’s, the work takes on all the more haunting of an atmosphere. 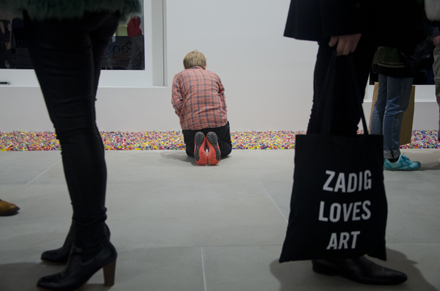 Even so, Gonzalez-Torres’s work still exudes a sense of childlike exuberance, and his various spills lent themselves well to the festive occasion on hand.  Hirst was present, taking pictures and signing autographs for gallery visitors, and the attendees spilled out of the front door, taking up space on the sidewalk around the front door. 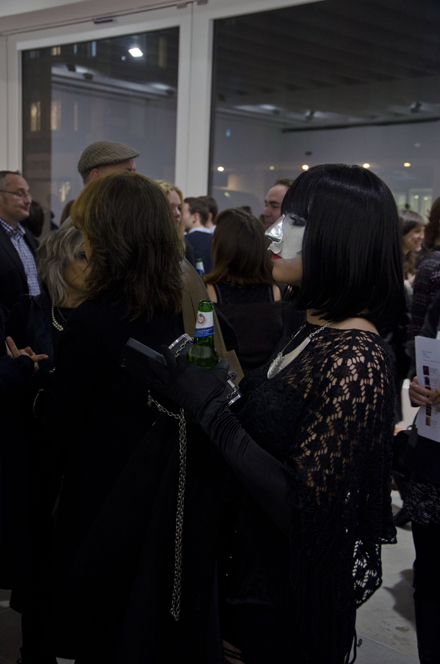 Working off of each other’s work, the two artists’ pieces seemed locked in a dance of color and form.  Taking a step back from the theoretical rigor of their respective works, each work in the show seemed to express a true joy in the mingling of colors and textures. 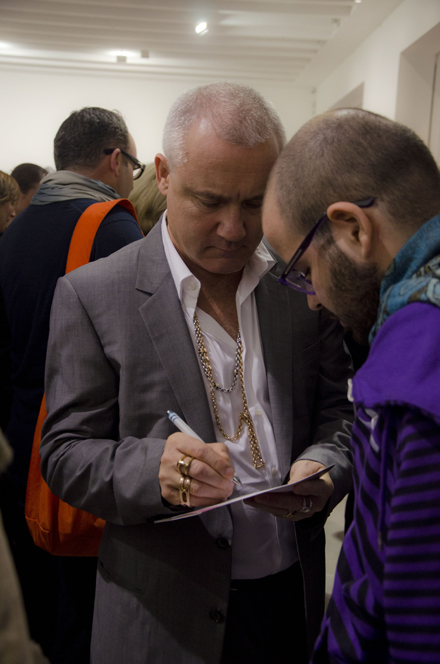 In equal measure, the works seemed to call into question the limits imposed by the gallery.  Gonzalez-Torres’s spills, for all their indeterminacy, still possess a mark of the architectural, using rounded hills and sharply edged corners to add new dimensions to their exhibition space.  Conversely, the flat, vibrant planes of Hirst’s paintings seem a staunch commentary on the stark white around them, injecting a little sparkle into the fluorescent glow of the gallery space. 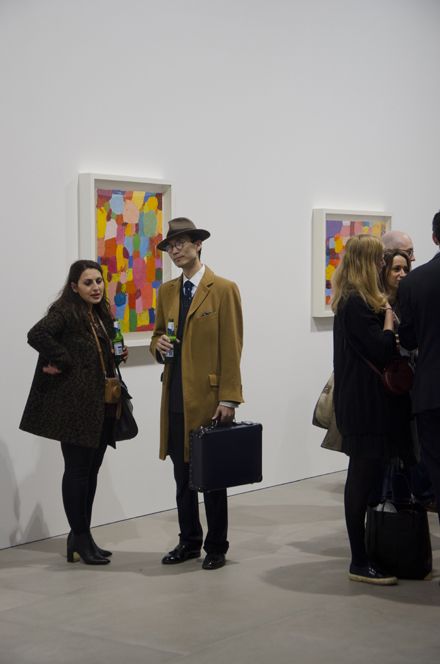 Using the seemingly flippant medium of a childish treat as its jumping off point,Candy offers a remarkable point of convergence for the two artists, allowing their own aesthetic and critical concerns to seep forth from the sparkling sheen of crystalized sugar and industrial dyes.

Candy is on view until November 30th. 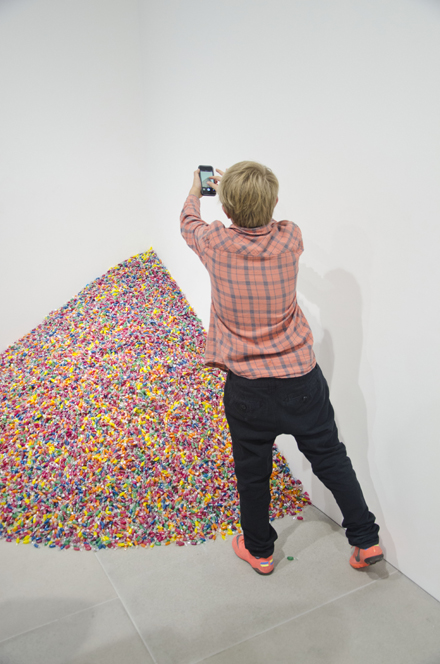 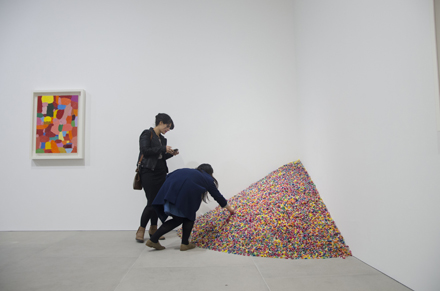 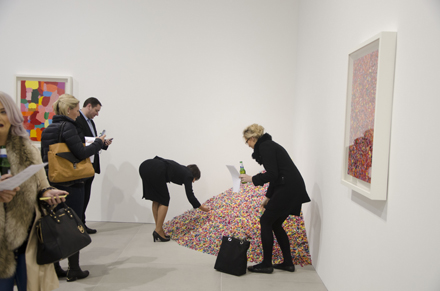 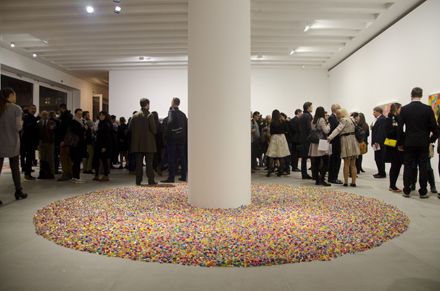 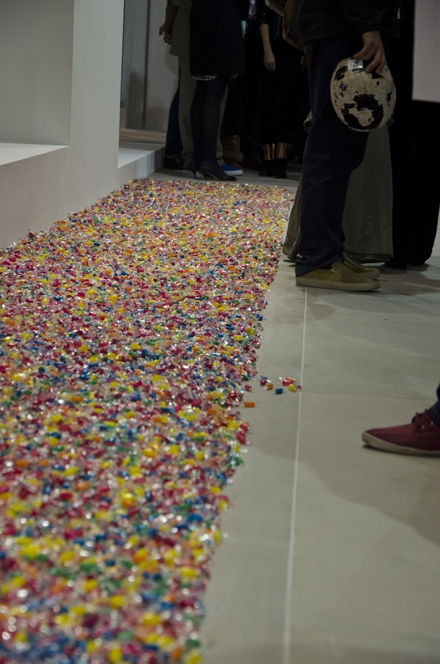 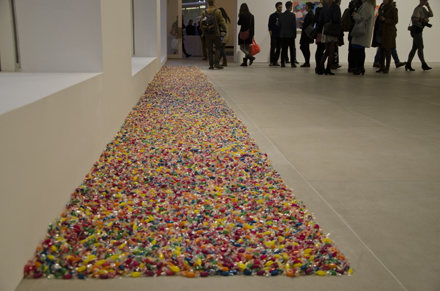 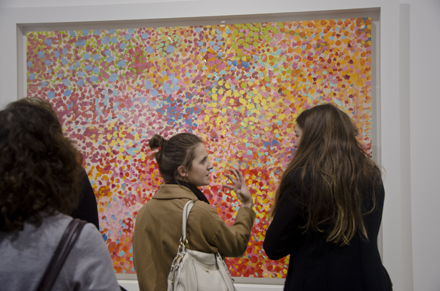 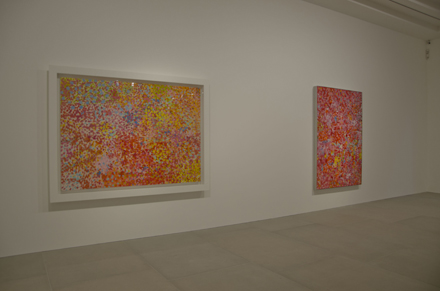 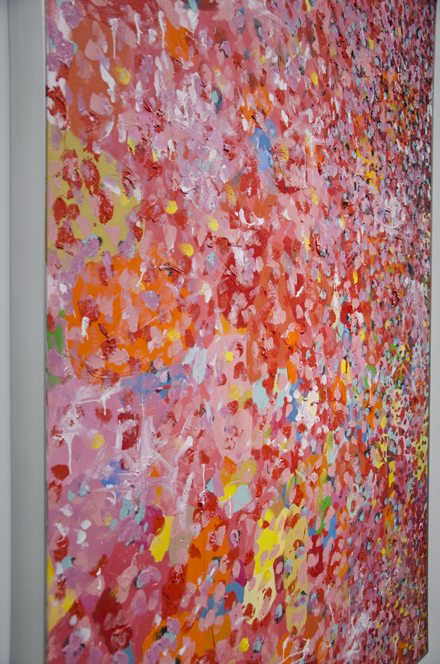 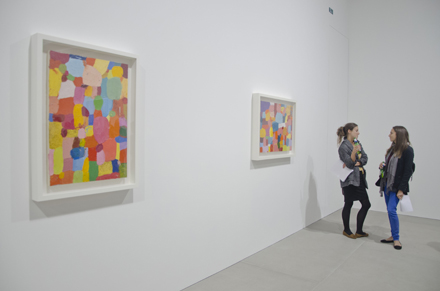 Damien Hirst, Some Fun and Zipedeedoodar (1993) 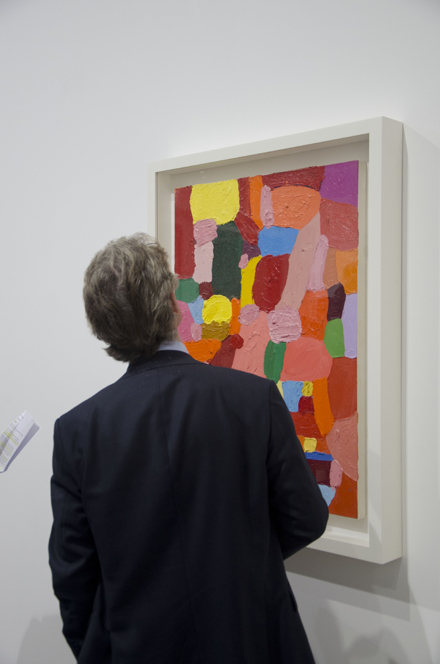 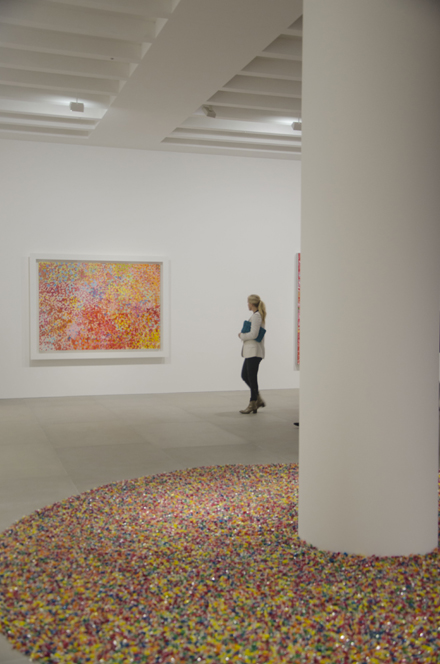 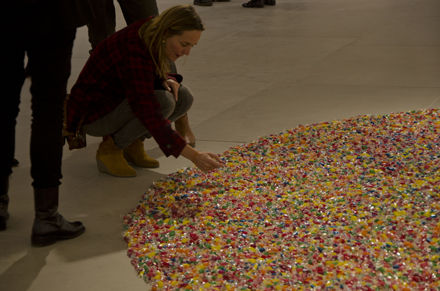 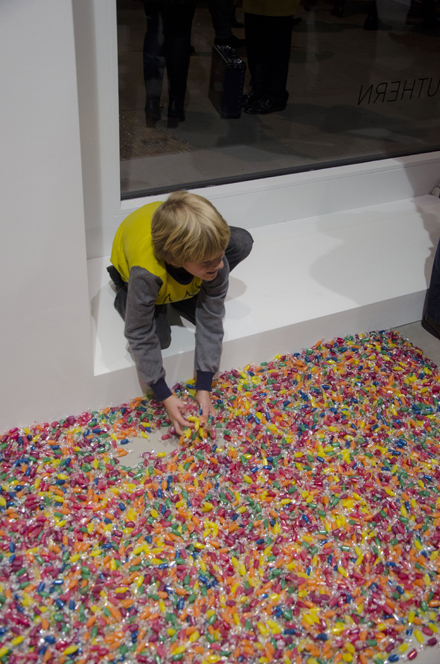 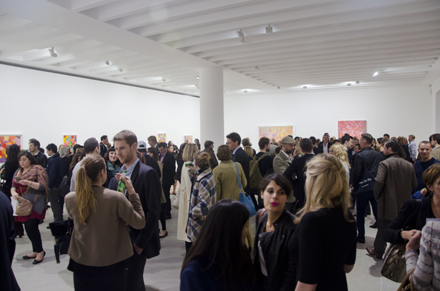 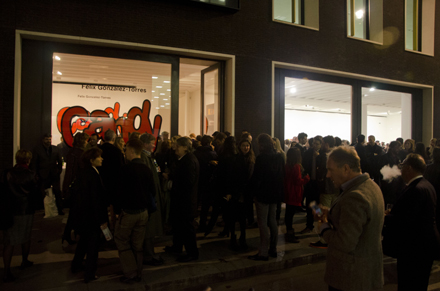 This entry was posted on Wednesday, October 16th, 2013 at 1:22 am and is filed under AO On Site. You can follow any responses to this entry through the RSS 2.0 feed. You can leave a response, or trackback from your own site.