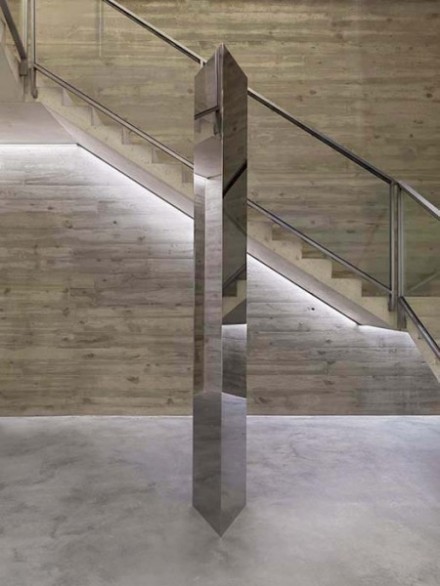 Currently on view in New York are two exquisite Minimalist shows of note, regarding both their historicity and their potential influence on emerging currents: Anne Truitt at Matthew Marks on 22nd street & John McCracken at David Zwirner’s 20th Street location. The prospect of seeing this work in proximity and in such volume is a rare event, and offers an intriguing opportunity for comparison and commentary, joining forces both minimalism’s heart and its periphery, namely the powerful metaphysical concerns within. 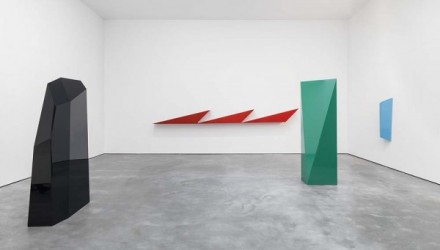 Both Truitt and McCracken evoke Modernist concerns as much as they pass well beyond its gridded sense of space and time, into Merleau-Ponty’s phenonenologies of space and time.. Both shows contain work that are key bridges to something new – creating space for broader thinking and feeling. The two artists, on the lesser exposed scale of the Minalmalist boom, also present a body of work that very well may have been far ahead of its time, and their extending propositions somewhat premature for a market still enrapt with discussions of more entrenched philosophies. 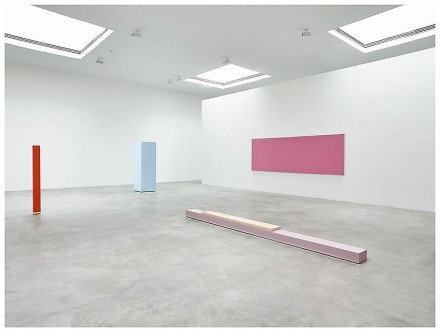 McCracken and Truitt simultaneously broke new ground on opposite coasts, West and East respectively, and both spent time in Japan.  Accordingly, there is a distinct east-meets-west sensibility in the work, as well as an intentionality to go beyond the metaphorical ‘as-is’ or ‘dumb’ industrial object into a further platonic sublime, combining sculpture with a painterly apprehension of light into that of a vessel of ideas and energies of consciousness, love, and expanded awareness. Achieved through almost opposite effects, the results, underneath the artists’ patinas of presentations, resonate well beyond their individual and personal backgrounds into timeless continuums. 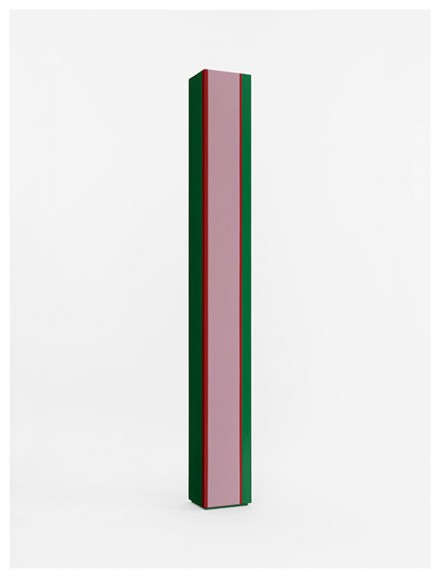 In the case of McCracken, one faces one’s physical self and one’s reflection in vertical metal, polished color poly coatings, or in objects whose beguiling gleam would suggest  focus on the presence of the objects and their humanistic auras. With Truitt, one must apprehend the space wrought by the standing object, into the much more voluminous cradling of color-crafted space abounding around it. In both cases, the extra space in and around the work is indeed subtle but magnificently present. Intervals in time and space, between events and light operations render volumes of space.

Illuminating these shows, concurrent with both shows are releases of new and re-released books by the artists. Truitt’s calmly magnificent Daybook has a new introduction by artist/writer Audrey Niffenegger, and also from Scribner, “an ebook that contains the full texts of Daybook and the two volumes of Truitt’s journals that followed it, Turn (first published in 1986) and Prospect (first published in 1996), which continue the artist’s reflections on her work and surroundings as she enters new stages of life.”).  Presenting psychological and physical knowledge from her life and work experiences, Truitt’s writing reveals her aptitude and interest in poetry through her often heart rendering depictions. Daybook sources Truitt’s literary background, and her studies of art and psychology, as well as her work as both a nurse and a parent. She speaks of the courage of artists in the act of work, the elevating of making, and the social dynamics around all stages prior and following. 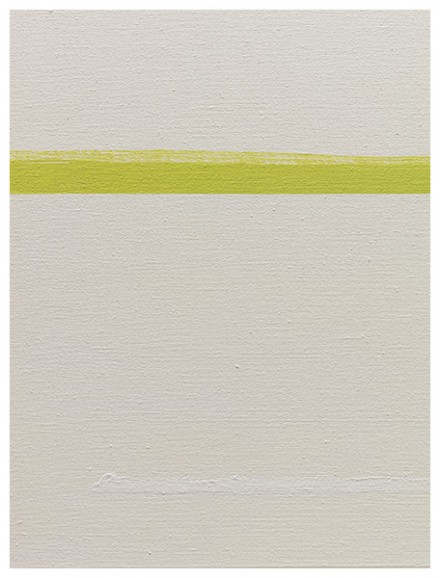 It’s a life story of her work as well as her own enlightenment, along her life journey from Baltimore to Tokyo and the Yaddo colony, journaling a global life in humble self awareness and consciousness of the role and process of the artist, as well as the social trappings of those that would follow the oft-cliched patterns and paths associated with the calling. Illuminating metaphors of the artist life abound in eloquent, evocative story form. As well as accounts of the innate and uncanny talents of a quintessential supporting and visionary curator. “Distillations of direct experience”‘ are often mentioned in one form or another, and this can be seen in the work at Matthew Marks. ‘The experience becomes the work and, through the work, is accessible to others with its original force.’ 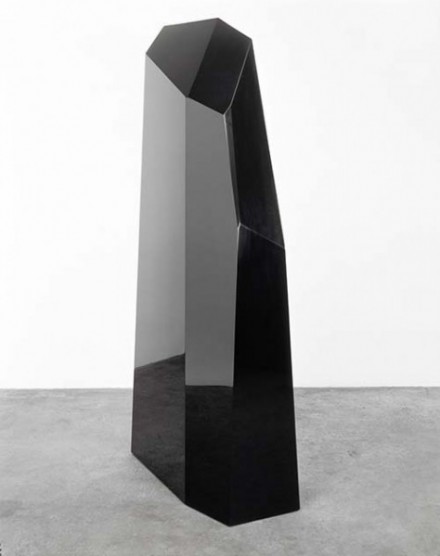 Truitt’s observations on psychological space, landscape and spatial divisions abound in the book, and illuminate her almost tragically subtle white on white paintings, stained into the cloth in a manner that demands prolonged suspension of judgment for the final perceptual payload once the inherent spatiality unfolds around the viewer. The intelligence of this work is underscored by the feeling and articulation present in the journal entries, where Truitt describes feeling objects in space, without touching them, and the elusive forces of consciousness. “…The more conscious knowledge you develop the more you can expand your consciousness.” 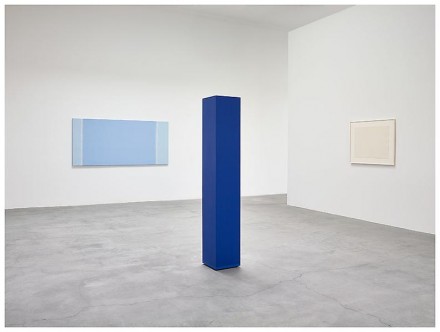 In her sculptures, painted columns, evoke diaphanous subtle energy fields around demarcations of space. Lines and planes pair themselves in a volume. Vague haze and variegations of surface feel whole but initially seem possibly unintentional. But this is space, not surface. Depth, space, intention and stopping in time, these paintings are boldly and generously non-overworked to a point that would frighten less experienced viewers who may easily miss the subtle kinesthetic cues.

Several streets over, the McCracken show at Zwirner presents likely one of the best, if not the best gatherings of McCracken’s work since his retrospective at Castello di Rivoli in 2011. This tour de force, museum-grade gallery show is a retrospective of works years 1963-2011 in artfully composed groupings of work that again add another dimension to the understanding and appreciation of this Minimalist master, who passed away in 2011.  The arrangements here due to the silent power of the sculpture, as well as the manifold poetries in their proximities, and the conversations between elements (as McCracken often referred to his work,) showing the wide berth and footing of McCracken’s oeuvre. 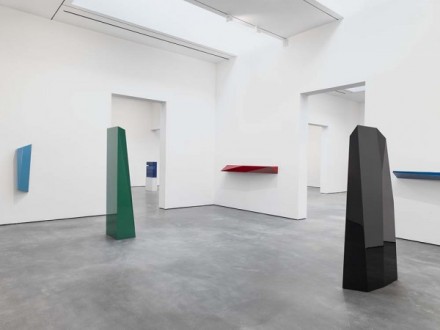 On the ground floor is a playful colorful clustering, breaking the bounds of minimal display to bring an intimacy into the relationships of the pieces themselves, while creating various densities and moods of space. The first room hosts some of McCracken’s earlier works which play with intersections and dynamics of material forms, evoking large block machinery casings or industrial elements, reliefs which play both to architecture and object qualities, and open up the understanding and lyricism of the more reductive forms to follow. 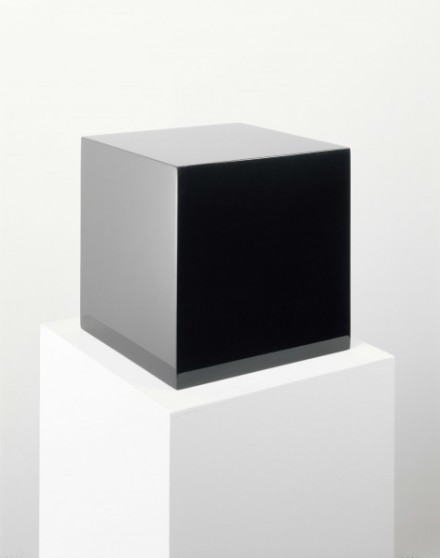 The second floor has a stunning set of 3 works, perhaps the most sublime and light, in contrast to the more sublimely dark columns on the main floor, with the pairing of golden and silver planks flanking a set of white, long rectangles, entitled Chakras, which also allude to his interest in human energies and their connection to other realms, perhaps of note with this is the number of elements (9) referencing higher dimensional interpretations of chakras, more generally numbered at 7 stages. It is a material paean to itself, if not something beyond- the physical and metaphysical language is visceral when standing in the midst of this trinity. 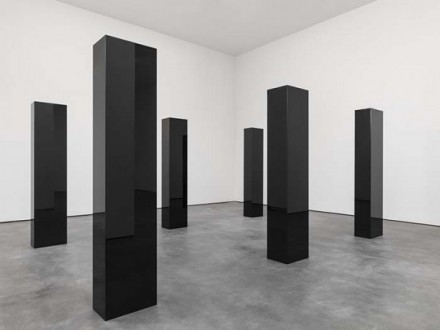 In the southern light of the street-facing room are the warmer works of McCracken- mandala inspired paintings, and his mottled plank, which alludes to west coast surf culture, as well as something polyglot and painterly, as if to show another side of humanity beyond the industrial object relations that he elucidates in the deft freehand drawings and notes that are displayed in the corridor. This room is of particular note because of the connections that McCracken makes to material poetry and higher concerns, the esoteric interests and spiritual component of his work often ignored by Modernist biases and general discomfort with such subject matter. McCracken’s work doesn’t stop short with a dualism of mind and body, but embraces the holistic frontier of mind/body/spirit in concert. This is partly what makes the work somehow musical to the eye, a synaesthesia of other worldliness in otherwise platonic solids and basic fundamental forms and proportions. 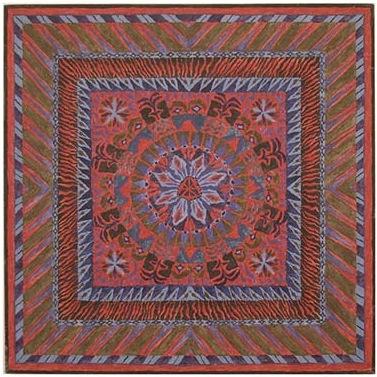 In whichever order one chooses to circulate through the second floor rooms, the cluster of smaller shelf objects on pedestals is a bouquet to the eye, magnetizing and engaging, (akin to the passionate and enthusiastic personality of the artist himself) and reflecting his generosity and openness. 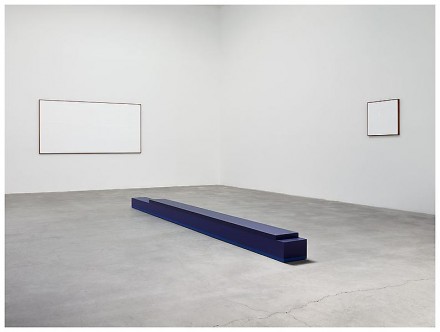 Both shows present the artist’s purity of aspiration, in the holistic capacity of the work; it’s conceptual intelligence, physical presence and subtle spirit in the details both worked and often more importantly, left as is, is a restrained dignity — to their own material essences.

Truitt’s show at Matthew Marks closes Today, October 19th, while John McCracken is on view for another week at David Zwirner. 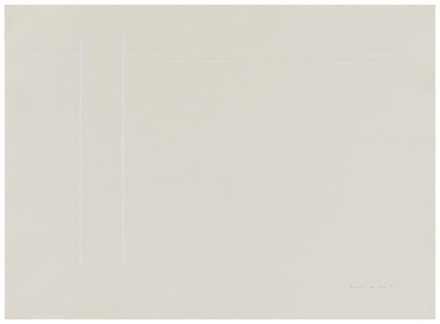 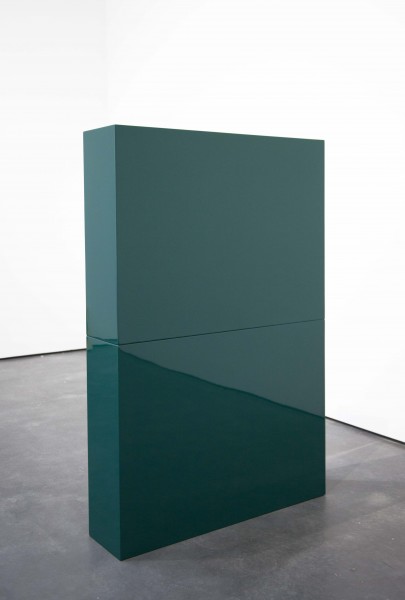 This entry was posted on Saturday, October 19th, 2013 at 2:07 pm and is filed under Art News. You can follow any responses to this entry through the RSS 2.0 feed. You can leave a response, or trackback from your own site.