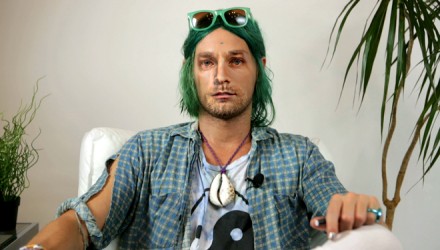 Quality of Life is Josh Kline’s first solo exhibition since 2011, and directly follows his having organized this summer’s high-profile Pro-Bio group show at MoMA PS1. The exhibition acts as something of a statement of intent for the New York artist and deals with themes increasingly familiar within Kline’s growing body of work, looking at the commodification of identity and youth, alongside the forging of new, posthuman understandings of the body. 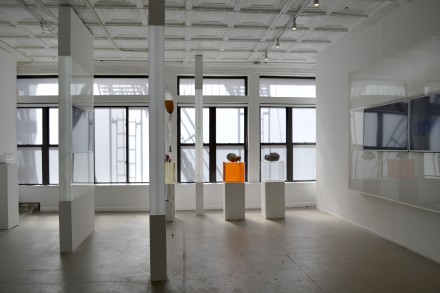 Josh Kline, Quality of Life (Installation View), via Sasha Patkin for Art ObservedQuality of Life is distinctly future-gazing in its orientation, drawing on the present day lifestyle economy’s obsession with youth to offer a vision of prosthetically-enhanced young creatives. Through canny plays on the likes of social media branding, health food trends, and dead popular culture icons Kurt Cobain and Whitney Houston, Kline articulates a world in which commodification is dramatically extending into our very understandings of ourselves. 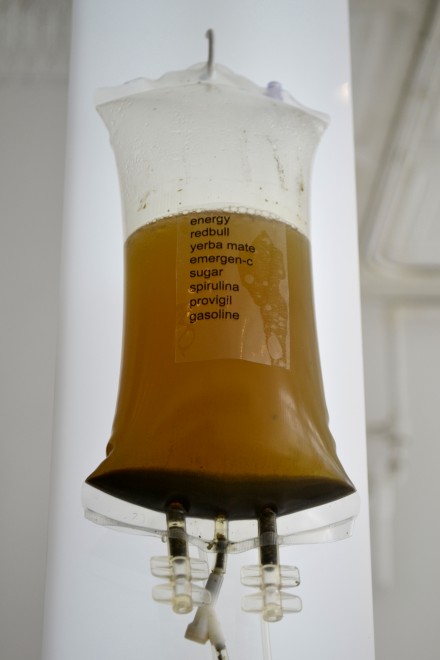 Among Quality of Life’s installations is a series of IV drips with names like Energy Drip and Sleep Drip, which are filled with combinations of health food ingredients, energy enhancements, household cleaning products and pharmaceuticals. They seem like the next logical step for diets that increasingly blur the distinction between the natural and the synthetic. Similarly, tucked away in the corner of the gallery are three semi-transparent coolers containing blood doped with Welbutrin, Green Vibrance Powder, and Agave Necter, respectively. Also notable is the re-appearance of Kline’s famed 3D-printed sculptures, taking the form here of molds of designers heads wearing Eckhaus Latta, Gerlan Jeans, and Tim Coppins, an allusion perhaps to the interchangeable and self-generating characteristics of cultural capital. 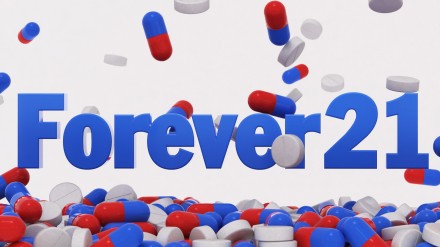 Forming the centerpiece of Quality of Life however is a series of three video installations, “Forever 21,” “Forever 27,” and “Forever 48.” “Forever 21” sees a version of the youth clothing retailers logo disintegrate into a swirling mass of pills, suggesting the manner in which youth has become a marketable, saleable commodity, whether that’s in the form of a look, a lifestyle, or a pill. “Forever 27” and “Forever 48” are perhaps the exhibition’s most conceptually realized and fascinating works. 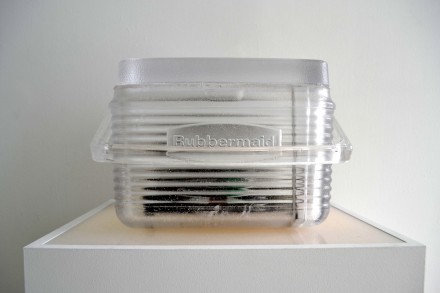 Mapping Kurt Cobain and Whitney Houston’s respective faces onto those of actors, the videos depict mock-television documentary interviews with the dead singers, as if they were still alive today. The videos are rich in present-day signifiers and wry details, with Cobain smoking an e-cig and discussing his discovery of probiotics, while Houston describes going to illegal Brooklyn warehouse parties. 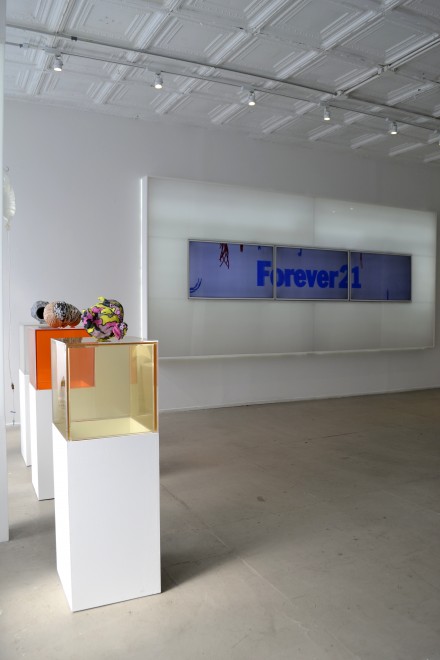 The exhibition has the feel of a particularly hip juice bar or a lifestyle brand flagship store, one of those disorientingly futuristic spaces that blurs one’s sense of both time and place. Kline explores the hold that youth culture has over our lives and aspirations with an uncommon deftness, and sheds light on the intertwined cultural and biological demands of the endless commodification of the present. 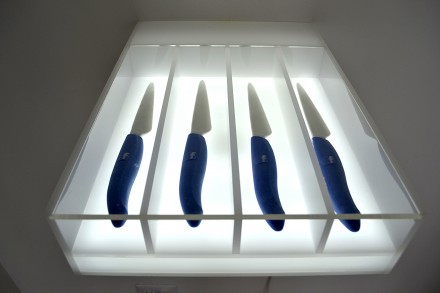 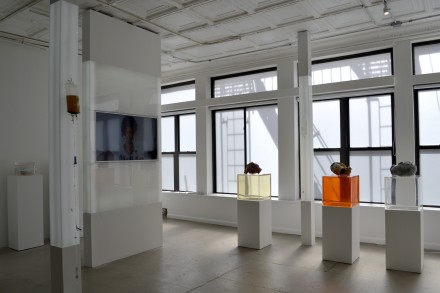 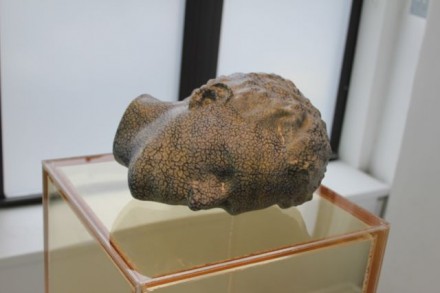 This entry was posted on Wednesday, October 2nd, 2013 at 12:00 am and is filed under AO On Site. You can follow any responses to this entry through the RSS 2.0 feed. You can leave a response, or trackback from your own site.