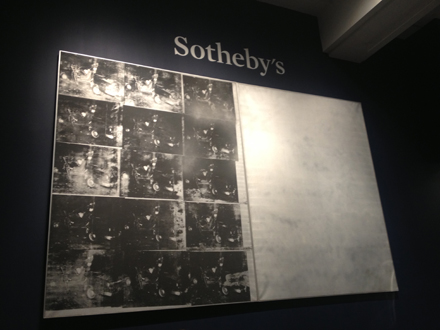 Last night, Sotheby’s hosted their Contemporary Art Evening Sale, on the heels of Christie’s historic sale held the previous evening. It was a record breaking evening for Sotheby’s, with their overall sales totaling over $380 million, the highest ever for the house. It beat out their previous record of $375 million from a year ago.  They experienced a solid sell through rate of 88.5% by lot and nearly 95% by value.  This was their 11th consecutive Evening Sale of Contemporary Art at the New York location with a sell through rate over 80%, according to Head of Contemporary Art Alexander Rotter. 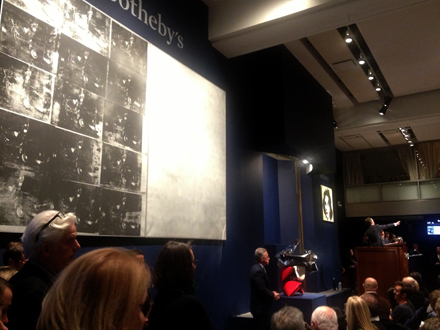 Auctioneer Tobias Meyer stated after the sale, “obviously we’re very, very thrilled.” In the middle of fielding press inquiries, his cell was audibly buzzing, and he remarked “My phone is ringing from a happy consigner.”  Then, he answered it mid conference to congratulate the client. Meyer’s maintained that the sales strength rode on “great art at great prices.” Sotheby’s described a global interest in the sale, with 10 countries and 4 continents bidding on the lots. 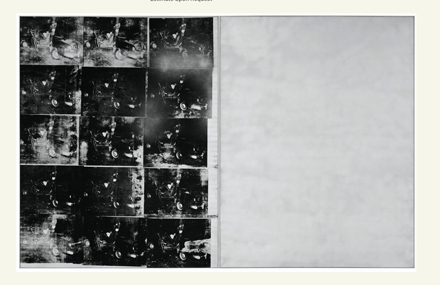 The star of the evening was Andy Warhol’s Silver Car Crash (Double Disaster), which sold for $105 million with premiums. This is the second most expensive Contemporary work of art ever sold, following Francis Bacon‘s Three Studies of Lucian Freud, which sold the previous evening at Christie’s for $142 million. The sale broke Warhol’s record at auction, which was formerly for $71 million. When the lot opened, Meyer quipped, “… this leads to my favorite,” and then began the bidding at $50 million, which instantly jumped to $60 million by a phone bidder. The work experienced constant interest – when it hammered for $94 million (without the premiums) the room erupted in applause. This seminal painting is one of four versions of this work, and the only one remaining in private hands. Warhol had three additional works secure places in the top lots of the evening. 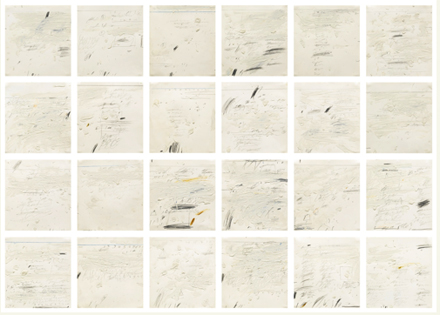 Cy Twombly‘s Poems to the Sea fetched over $21 million – nearly tripling it’s high estimate of $8 million. This work was part of a series of artworks controversially consigned by the Dia Art Foundation ‘To Establish a Fund for Acquisitions.’ Among the active bidding in the room and on the phones, Larry Gagosian was one such pursuer, who stopped at the $18 million mark. Poems to the Sea set a world record for Twombly at auction, the previous being $17 million for a painting. The Dia Art Foundation’s lots in total achieved $38.4 million, significantly above the anticipated high of $26 million. John Chamberlain‘s sculpture Candy Andy was another notable sale from the pack, earning $4.6 million, against it’s estimated $2 – 3 million. It was chased by 5 bidders, and bought by Chris Eykyn in the room. 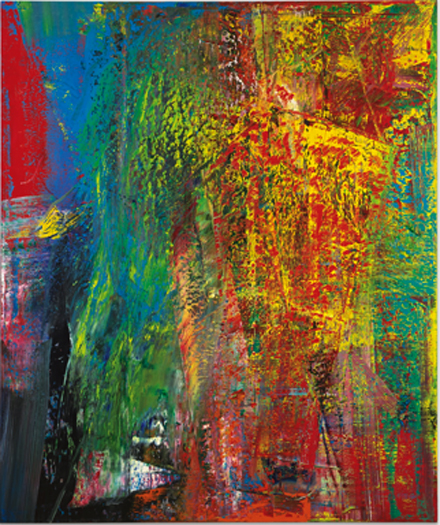 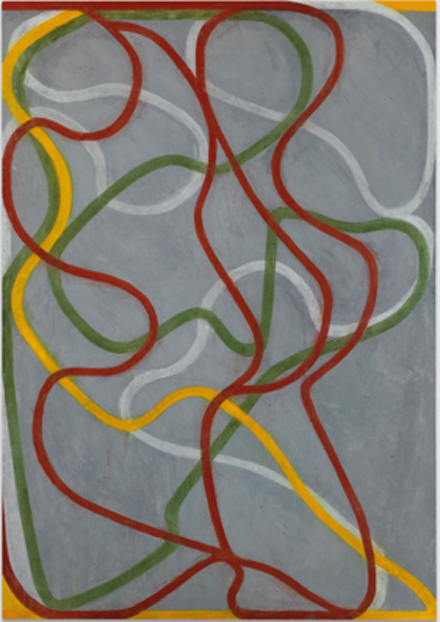 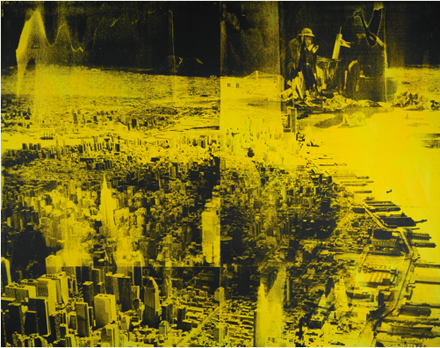 Meyers exclaimed it was a “good night for living artists,” with 3 breaking their world record at auction. Namely, Gerhard Richter‘s colorful squeegee abstraction A. B. Courbet holding the second top lot of the evening at $26 million – well above the projected high of $20 million. Brice Marden also found a spot in the top lots and a record at auction with his painting The Attended, which garnered nearly $11 million. Mark Bradford followed with Mithra, a mixed media and collage on canvas that emulates an aerial map, grossing $2.6 million, tripling it’s hoped high of $800,000. Bruce High Quality Foundation made a debut at Sotheby’s evening sale with a 2012 acrylic and silkscreen work referencing the financial crash of 1929 and 2008 – it broke a record for the artist collective, earning $425,000. 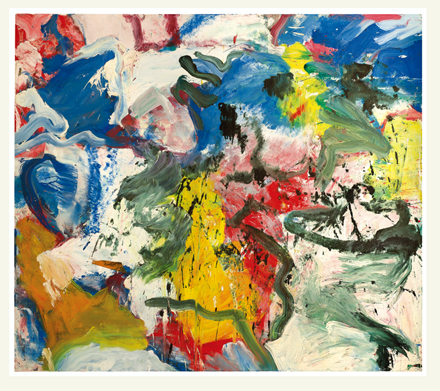 Additional noteworthy sales belonged to Jean-Michel Basquiat‘s Untitled (Yellow Tar and Feathers) for nearly $26 million, well over the projected high of $20 million. It sold to Jose Mugrabi, who bid against Phillipe Segalot in the salesroom. Willem de Kooning‘s Untitled V trailed the Basquiat at a price of $24.8 million.

Clyfford Still’s large abstract painting 1960-F was withdrawn from the sale – priced at $15 – 20 million it had been a foreseen highlight. Sotheby’s remarked that the consigner had decided to withdraw it last minute.

This entry was posted on Thursday, November 14th, 2013 at 9:21 am and is filed under Art News. You can follow any responses to this entry through the RSS 2.0 feed. You can leave a response, or trackback from your own site.