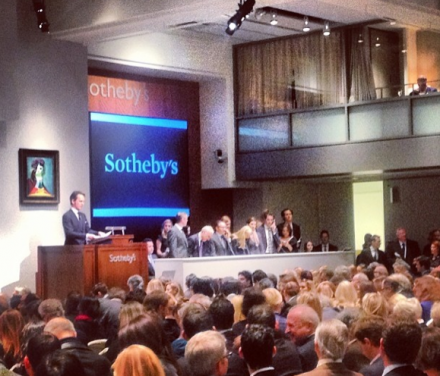 In the post-sale press conference, Head of Department, Simon Shaw, stated “There’s not much I can say that wasn’t visible to all us of in the room tonight.” Sotheby’s confidently attributed its successful sale to “high quality work” that was “estimated responsibly” – a curious point considering its competition’s previous sales that week.  Shaw reiterated that one can’t “pull the wool over anybody’ s eyes in this market.” Sotheby’s noted that only a dozen of the lots that were offered were at auction in the past twenty years, and its top five lots of the evening had never been offered before at auction.  According to auctioneer Tobias Meyer,  the success of the sale also rode on the staff’s expertise, coupled with the discerning and increasingly international market. Sotheby’s maintained that it experienced increased Asian participation – more than any other previous sale. Co-Chairman David Norman reaffirmed that it was the continued power of Asian bidding, whom he professed as sophisticated emerging buyers, a rise in international interest – with a definitive rise in Brazilian bidders – coupled with reasonable estimates that facilitated the results of the sale.

Similar to Christie’s sale last night, Alberto Giacometti  held the top grossing lot of the evening with the sculpture of his brother, Grande tete de Diego. It was estimated at $35 – 50 million, and it garnered just over $50 million. It realized this price over a slow and steady climb in bidding in the salesroom and on the phones. Picasso landed three of the top lots of the evening. Leading was his Tete de femme – a chromatic and sensitive small painting of his lover Marie- Therese. This work fetched nearly $40 million, climbing well above it’s high estimate of $30 million.  Following was Picasso’s Mousquetaire a la pipe, a fiery hued oil painting that soared above it’s projected $12 – 18 million estimate landing at $31 million. This painting also set the record at auction for a later work by the artist. 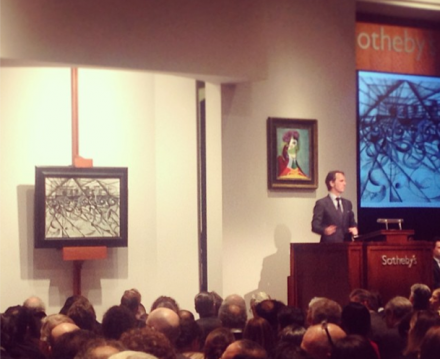 Giacomo Balla achieved a record at auction and a place among the top lots with his artwork, Automobile in Corsa, selling for $11 million. This piece belonged to the collection Futur! Masterworks of the Avant- Garde, which was amassed by collector Alain Tarica in the late 1960’s and early 1970’s. new records at auction were seen for four of the artists in this collection, particularly Francis Picabia, who’s painting Volucelle II, sold for $8.7 million – above it’s estimated high of $8 million. 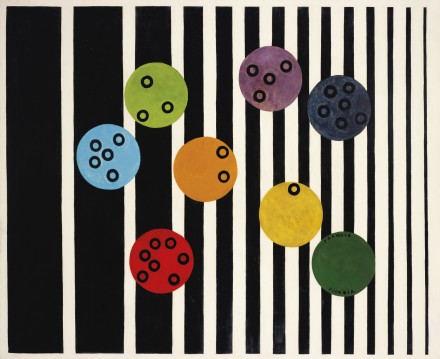 Next week, the auctions continue with Contemporary artworks being offered in the major New York auction houses. Art Observed will be covering all of them, you can follow on our Twitter and Instagram accounts.

This entry was posted on Thursday, November 7th, 2013 at 3:25 pm and is filed under Art News. You can follow any responses to this entry through the RSS 2.0 feed. You can leave a response, or trackback from your own site.