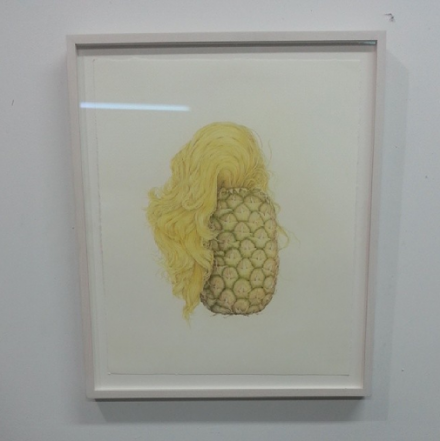 Once again turning heads with an evocative, sexually-potent set of works, artist Aurel Schmidt is currently showing a new set of works at a former bodega on Stanton Street on New York’s Lower East Side.  Affixing sexual organs and fetishized body parts to drawings of fruits and vegetables. 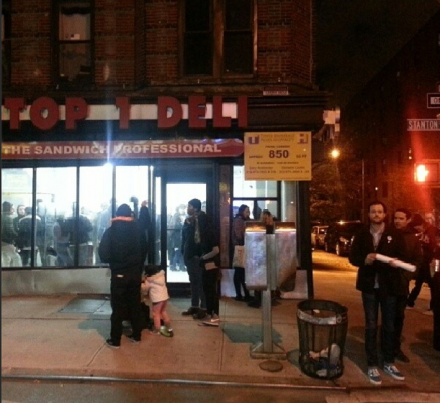 Outside of 200 Stanton for Aurel Schmidt’s “Fruits”, via Art Observed Staff

Throughout the show, Schmidt packs unlikely body parts wherever she can find them on her fruits of choice: a shock of blond hair springs from a pineapple, a vagina peeks out from under a head of cabbage, or in what may be the most popular work of the show, a penis emerges from inside an unfolding banana peel.  They’re comically brilliant works, allowing the contours of the human form and that of the fruit (both classic subjects of still-life painting), to stand on a direct collision course. 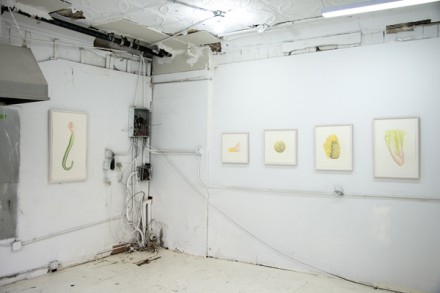 Whether she’s actively commenting on the body as an object for commodification and consumption or not, Schmidt’s works pack a healthy dose of loving humor.  The soft hues and gentle curvature of her subjects welcomes a lingering glance, somehow managing to steer beyond what could be construed as the tittering fantasy of an extremely talented high-school student.  Instead, as Schmidt herself notes, the pieces have a certain playful reverence to them, a sense of surrealist conviction that ultimately places the pieces somewhere between the human and the vegetable, the object of consumption and that of nourishment allowed to co-exist. 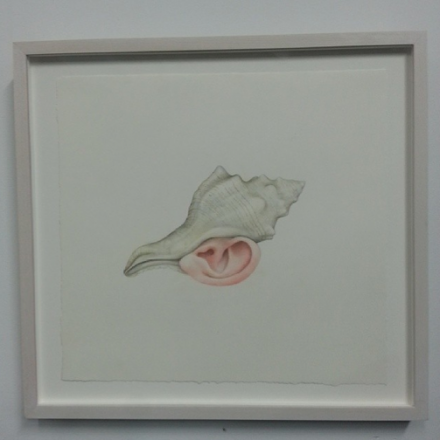 While viewers are likely to chortle at the winking move of showing a set of works like this in a former bodega, Schmidt’s work in Fruits manages to go beyond its self-aware inflections, often giving itself over to a surrealist innocence that Magritte himself would likely be proud of.  It’s a fitting return for Schmidt, and a series that blends its popular appeal with a palatable delivery that makes a lingering viewing more comfortable than one would initially imagine. 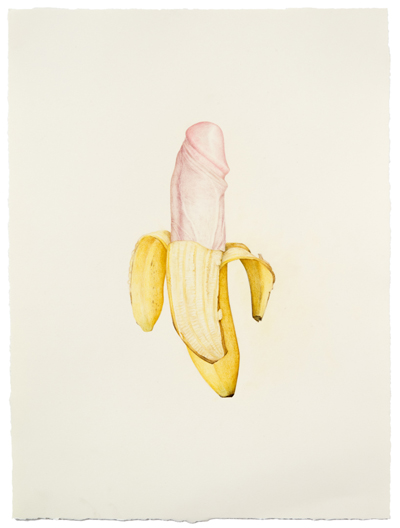 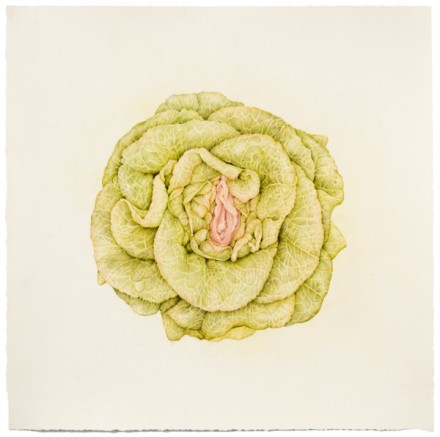 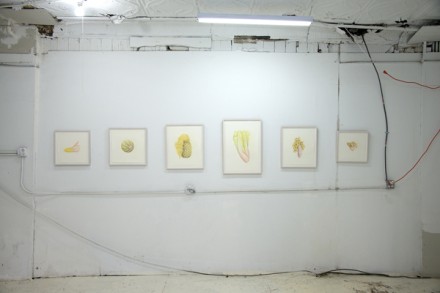 This entry was posted on Tuesday, November 26th, 2013 at 10:48 pm and is filed under Art News. You can follow any responses to this entry through the RSS 2.0 feed. You can leave a response, or trackback from your own site.