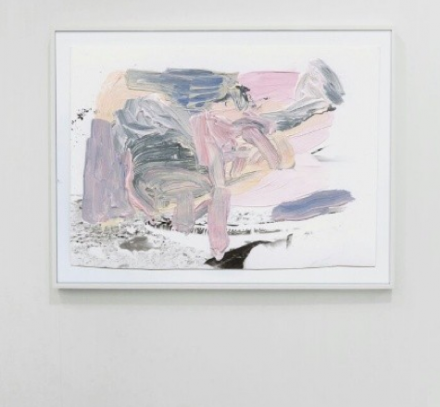 Perhaps one of the best located of the fairs during Miami Beach’s annual December Basel onslaught, Untitled Miami once again set up  on the Miami Beach, bringing a number of smaller galleries from the United States and abroad into the fray of Miami Art Week.  Taking cues from last year’s successful week of sales,curator Omar Lopez-Chahoud brought forth another carefully chosen group of galleries and contributing artists for the fair, emphasizing both overall cohesion and stylistic divergence at its picturesque beachfront location. 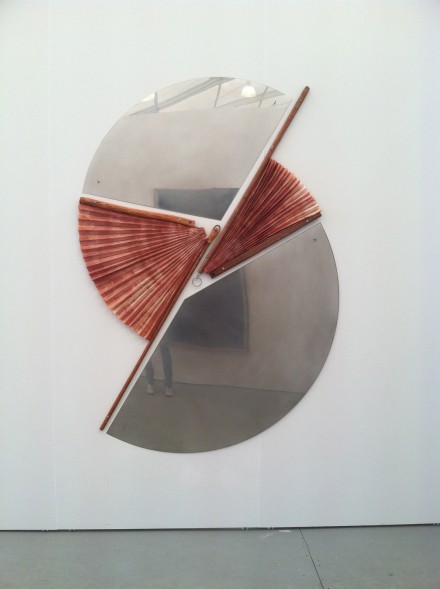 The space’s large-scale ten location that some artists didn’t take for granted, namely Austrian-born sculptor Alois Kronschlaeger.  Using a series of interconnected wooden beams, Kronschlaeger installed a towering grid, rising up from underneath the tent’s flooring to almost touch the ceiling.  “When I first got the commission, we had to get permission to cut through the bottom of the floor, in order to get it stabilized, which I actually thought was good.  I wanted remind people they were on the beach.” 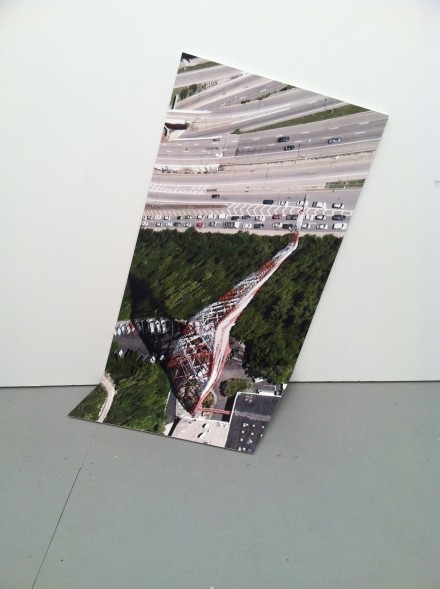 Nearby, Brooklyn Gallery Present Company had left the instruments of band Unstoppable Death Machines standing up on a raised platform.  Whether intentional or not, the feedback buzzing through the band’s amplifier’s, warped by their guitarist’s set of effects, made for a strange commentary on absence and performance in the center of the bustling booths of the fair. 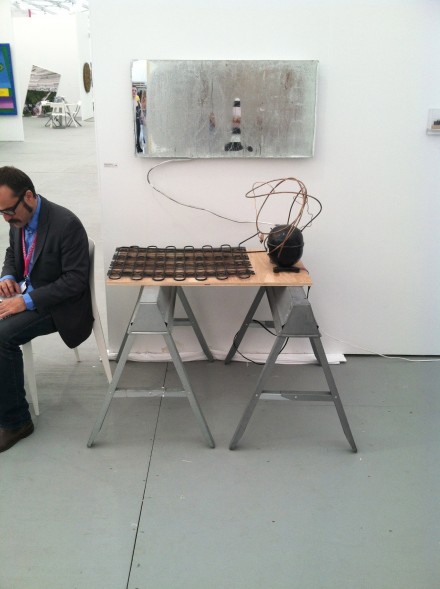 This year’s edition of Untitled placed a distinctive investment in the digital arts.  Of particular note was the New York-based Bitforms Gallery, which had a series of technologically-influenced and tech-driven pieces, including a warped, folded sculpture by Clement Valla, and a bizarre LCD panel that continually tallied various statistics, telling viewers the number of Kittens born, or the dollar value of trade with China since noon of that day.  At San Francisco’s Highlight Gallery one attendant described the works of painter Ben Baretto, who paints only using the paint can and canvas in his mark-making, smearing canvases together or scraping off layers of paint to create highly colorful, textured pieces. He quickly pulled out an iPad, showing off some of the artist’s more immersive installations, utilizing oscillating fans playing against various musical instruments to create a completely automated, albeit makeshift, sonic composition. 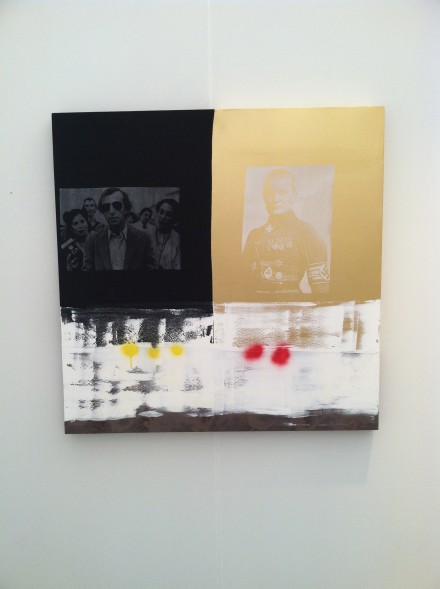 Elsewhere, artists focused on more conventional approaches to their medium.  One highlight was painter Fabrizio Arrieta, whose striking canvas at Diablo Rosso blended tropical high-living with a certain Dali-esque surrealism, and which won him a nomination for the FLATT prize during the fair, an award which carries a membership to the prestigious National Arts Club  and a 6-month New York City artists residency. 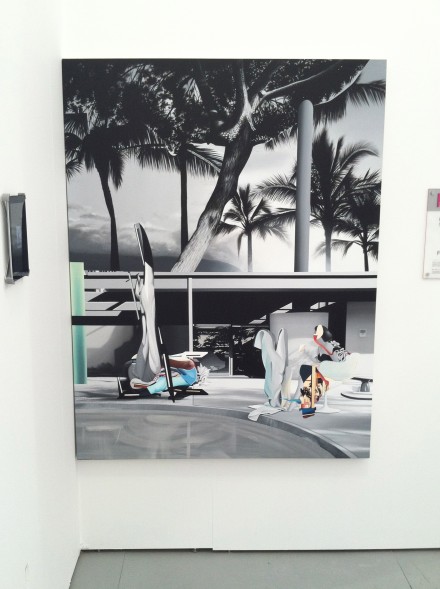 Overall, the fair’s colorful, forward-thinking approach made for an interesting entry in the overall landscape of Miami’s Art Week, and proved yet again UNTITLED’s unique position in the art world. 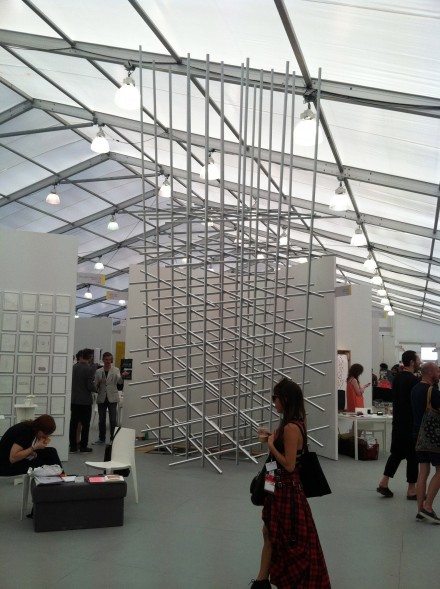 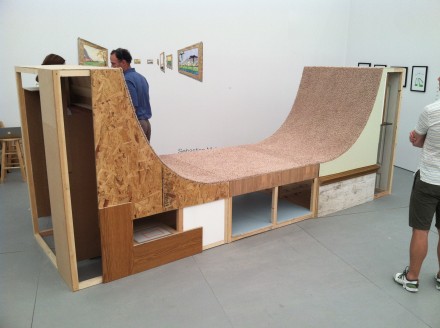 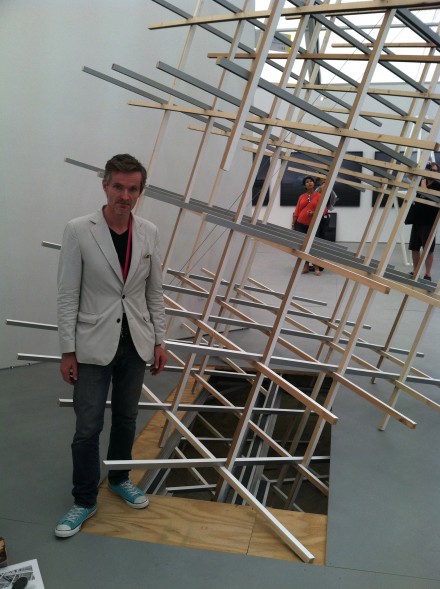 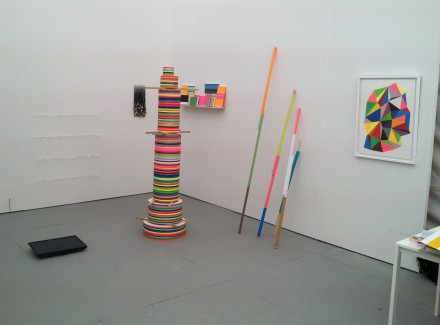 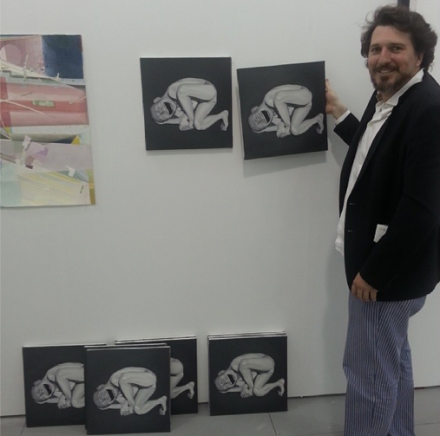 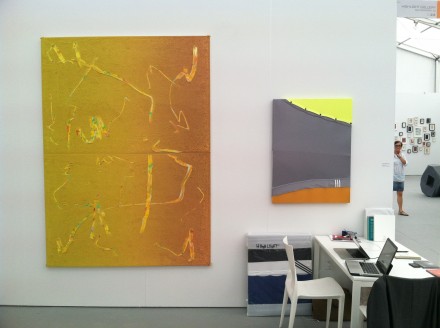 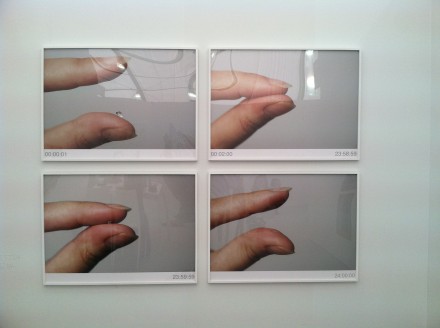 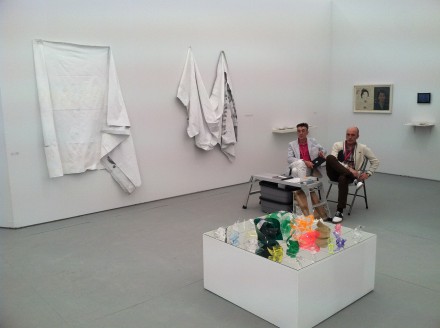 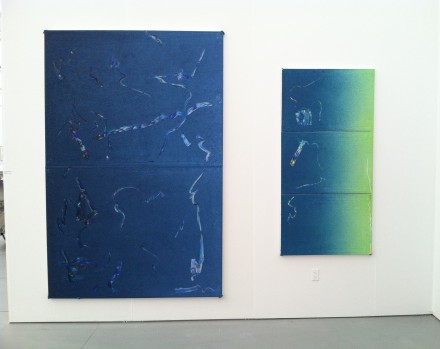 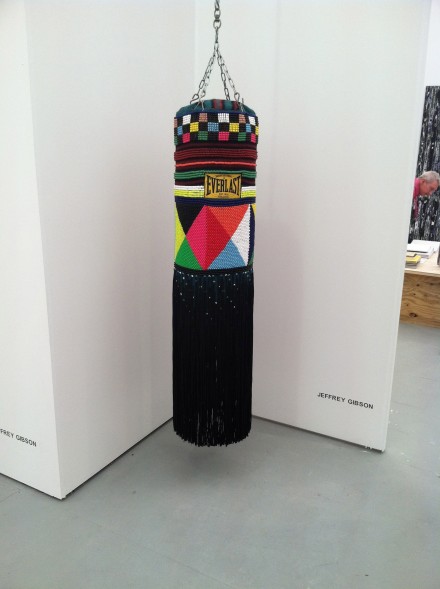 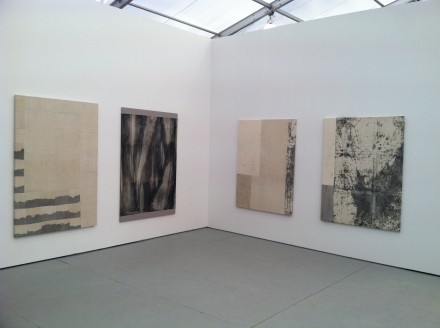 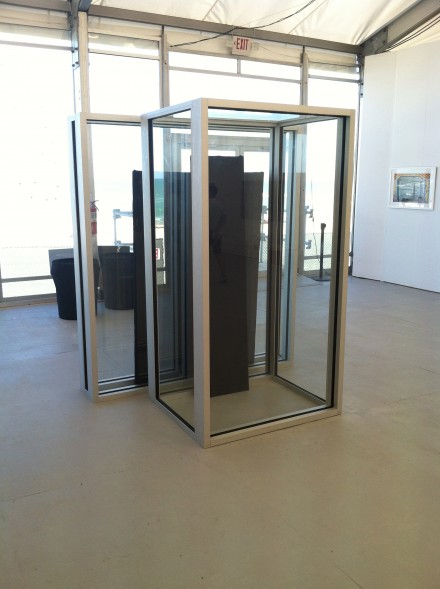 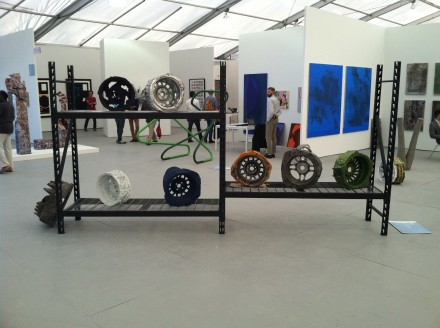 This entry was posted on Monday, December 9th, 2013 at 4:45 am and is filed under Art News. You can follow any responses to this entry through the RSS 2.0 feed. You can leave a response, or trackback from your own site.