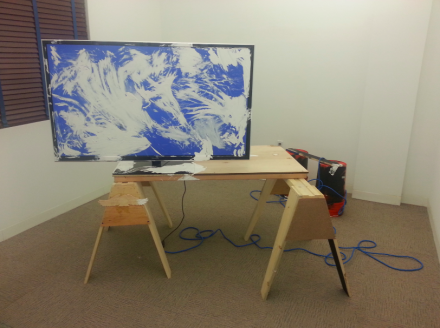 Located just off the main strip of Lincoln Road, the office building at 1632 Pennsylvania Avenue in Miami Beach has a lot going for it.  Gently curving walls, a white and teal color scheme, and ample space for movement and installation.  It was just this space that Brooklyn collective The Still House Group took over for its annual pop-up show during Art Basel Miami Beach. 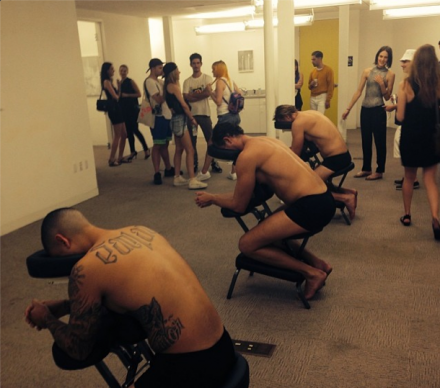 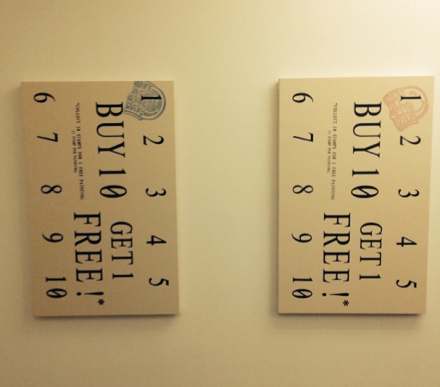 “We had a show in 2011 in an old printing factory in Wynwood,” says Still House member Alex Perweiller.  “Initially we attempted to get that same space last year but were denied by the owners. So Isaac (Brest) went down to look at a bunch of spaces we found on the Internet with little to no success. Then on the way to the airport a friend friend of a friend called him to offer a viewing of this space, which we thought was perfect.” 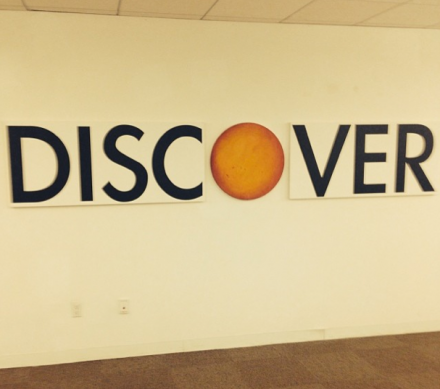 Given the group’s ongoing fascination and exploration of commodity materials (matchbooks, punch cards, oil drums, etc.), it’s hard to think of the location as anything but fitting.  Jack Greer’s mimimalist white paper assemblage looked as if it had been tacked up directly from the office printer, and Nick Darstaedter’s painting of a Viagra pop-up ad left one musing on the shadowy nature of Internet commerce.

Moving through the space, visitors were constantly confronted with the group’s unique execution, from a meticulously arranged series of cocaine paraphernalia to a flat-screen television coated in white paint, and endlessly droning set of music videos, including Soundgarden’s “Black Hole Sun.”  In one room, an enormous Discover Card logo was emblazoned across the wall, while nearby an enormous crumpled oil drum sat atop of a large red metal frame.  But for sheer impact, it was hard to top the performance piece by Perweiller and Zachary Susskind enacted on opening night, in which muscular, tattooed men sat stock still in massage chairs, forcing visitors to pass by them in confused silence. 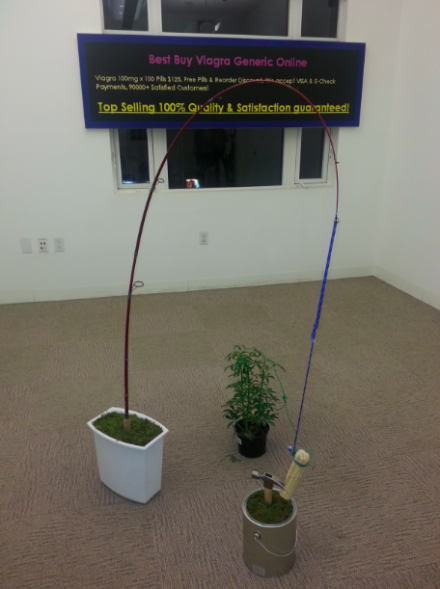 It’s these materialist preoccupations that ultimately set the work of the group apart, twisting mass-produced objects into self-reflexive statements.  A certain fragmentary nature rests within the works, pieces plucked from the body of mass commodity capitalism and turned into its own moment of creative repositioning, each time opening a new critique of both the materials, and their space in the cultural discourse. 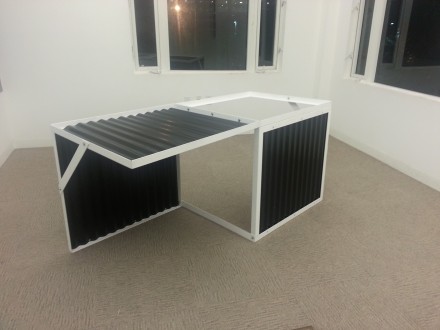 Given the collective’s mutual creative feedback and shared studio space, the work on view adopts similar concerns, with each exploring a unique set of issues and principles while remaining wholly within the group’s well-established practice. 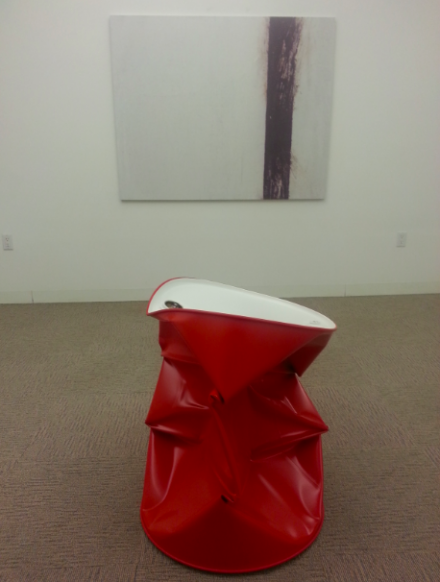 This entry was posted on Thursday, December 12th, 2013 at 5:08 pm and is filed under Art News. You can follow any responses to this entry through the RSS 2.0 feed. You can leave a response, or trackback from your own site.