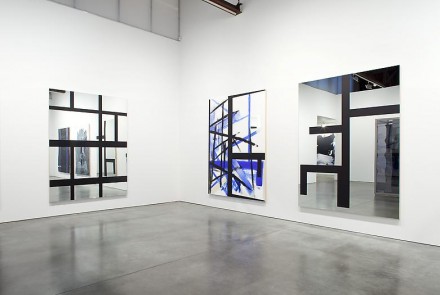 On view at Andrea Rosen Gallery in New York is an exhibition of large-scale vitrines, mirrored wall panels and photographs, all by Josephine Meckseper, and alluding to the rise of the Bauhaus and Deutscher Werkbund in Weimar Germany, and their subsequent destruction by the Nazi regime. 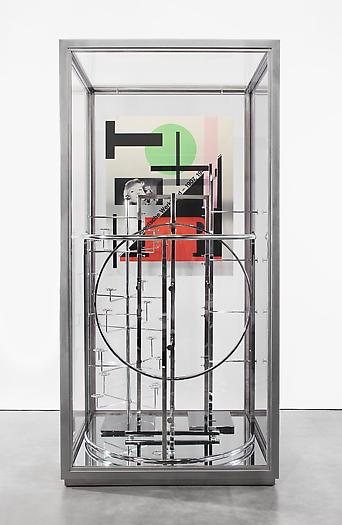 New York-based artist Josephine Meckseper was born in Lilienthal, Germany in 1964, and she attended the Berlin University of the Arts from 1986-1990. Just following the fall of the Berlin wall, Meckseper moved to the United States to complete her MFA at the California Institute of the Arts.  Her work is heavily influenced by German and American social, political and art history, and the current exhibition at Andrea Rosen Gallery is focused specifically on the political atmosphere of the early modernist display architecture and design between the First and Second World Wars. 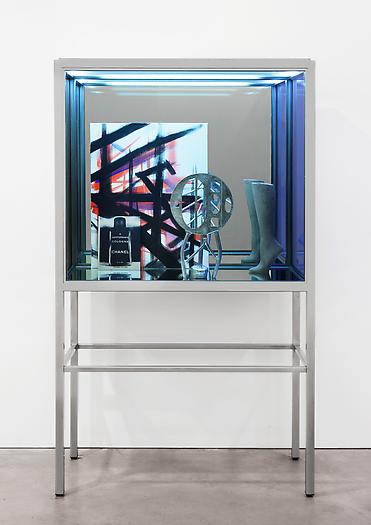 Meckseper’s vitrines in this exhibition refer to the modernist architecture of Ludwig Mies van der Rohe, particularly his Barcelona Pavilion, in the way that the entire structure was built to frame the sculpture by Georg Kolbe. The vitrines are meant to show how the environment (both ideological and physical) frames the works that lie within. Inside her glass and stainless steel vitrines are handmade sculpture casts and paintings inspired by early 20th century modernism, expressing the differences between its historical significance and its present-day function. 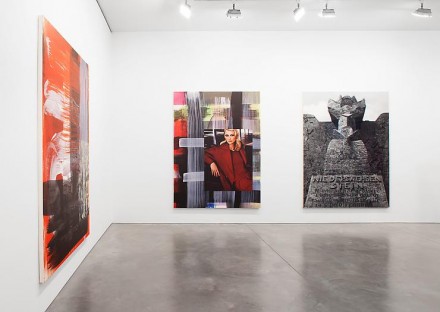 Also included in the display is a black and white photograph by Meckseper of the Niedersachsenstein monument built by Expressionist artist Bernhard Hoetger in Worpswede, Germany, an early 20th century artist colony near Meckseper’s hometown. Hoetger was one of the many artists that the Nazi party declared “degenerate” in 1936, and the monument, which was a tribute to the deceased soldiers of World War I, is the only surviving large-scale Expressionist outdoor sculpture in Germany. 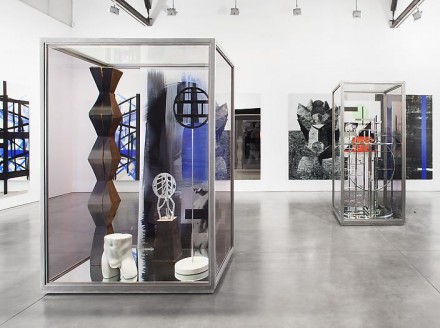 Meckseper’s mirror wall panels are large in scale and paired with enlarged sketches and collage, inspired by the same expressionist movement. Additionally, she has created concrete and bronze casts of mannequin elements as a reference to Constantin Brancusi’s Male Torso, and paired them with boxes of designer male underwear from the modern American fashion label 2(x)ist. 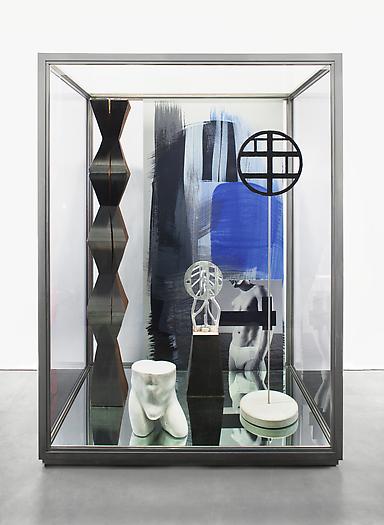 Previously, Meckseper has created works focusing on contemporary consumer culture using the shop window as a motif. Although this exhibition is focused more on German art and sociopolitical history, these window-shaped mirrors reference contemporary consumer culture, a continuation of Meckseper’s interest in this theme, presented as an illustration of how “early Modernism, German Expressionism and the avant-garde were developed as a resistance to the mainstream.”

The exhibition of works by Josephine Meckseper opened on November 23, 2013 and will remain on view at Andrea Rosen Gallery in New York through January 18, 2014. 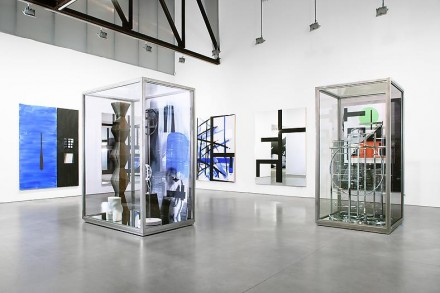 This entry was posted on Thursday, January 16th, 2014 at 12:00 am and is filed under Art News. You can follow any responses to this entry through the RSS 2.0 feed. You can leave a response, or trackback from your own site.