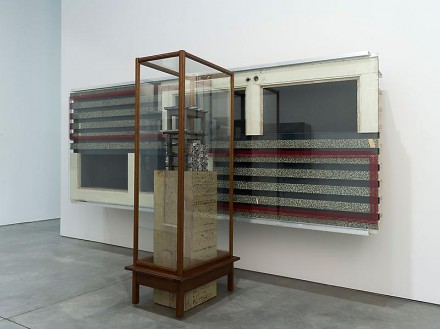 The first steps into Reinard Mucha’s show of new works at Luhring Augustine are something of a jarring affair.  Enormous wall-mounted pieces, composed from steel beams, glass casings, and cracked wood blocks are stacked on top of each other in bizarre, serial constructions.  In one work, a series of electric trains continually run through a series of stacked, oval tracks, running through metal pipes, joined by a series of boom boxes above the sculpture, all tuned to country music stations. 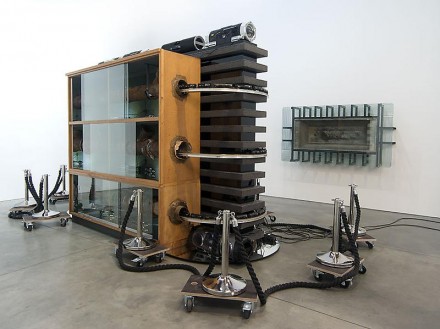 Mucha seems fascinated with the geometries of modernity here, particularly that of the railway, which makes itself felt throughout: cracked rail ties, broken track and the near-omnipresence of parallel steel bars all take their turn as compositional elements, presented in enormous, wall-mounted pieces, occasionally adorned with vaguely Art Deco detailing.  Steel and wood hover somewhere between the sterile observation of the museum and a certain material potency, covered in dirt and grime that hearkens back to the pieces’ possible former uses. 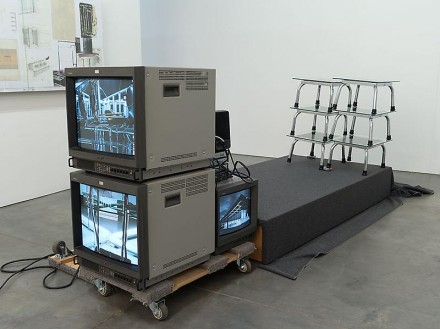 It’s almost as if Mucha has turned the subterranean infrastructures of modernity as his starting point, and wound them into new, more immediate presentation.   The works take something of the Judd-esque approach to simple objects, and charges them with a final result divorced from the industrial processes and formal origins that they draw so much inspiration from.  The practical aesthetics of circuits, parallel rails, cement blocks and stacked tables toy with abstract minimalism, but ultimately maintain a certain cultural weight, examining the concepts of reuse and the forces putting these pieces back into play. 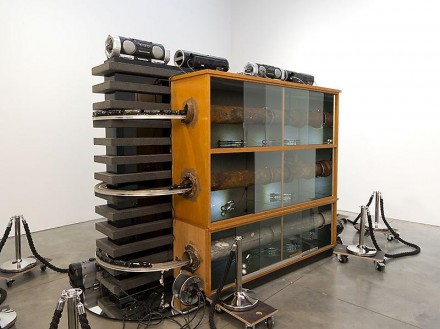 But in equal measure, Mucha’s work seems to examine the process of decay.  Lines and materials are depicted in a state of degradation, occasionally trailing off or appearing in a fractured, fragmented form.  In his utilization of these materials, Mucha seems to be repositioning their industrial origins as a material for cultural conservation as much as for its utilization of previously consumed resourced.  As much as the show explores the forms of industry and infrastructure, it equally expresses the potentials for their future.

Hidden Tracks is on view until January 11th. 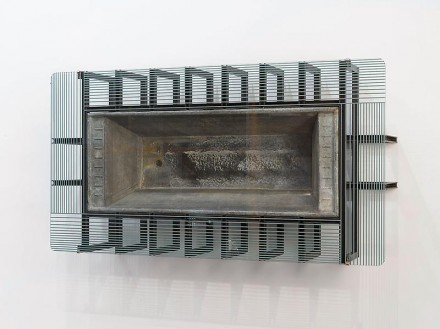 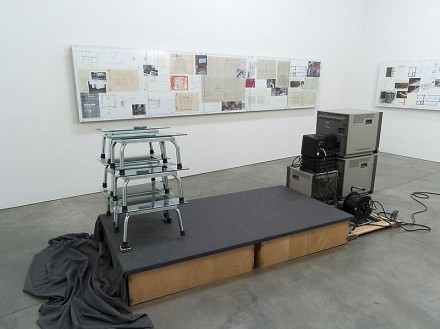 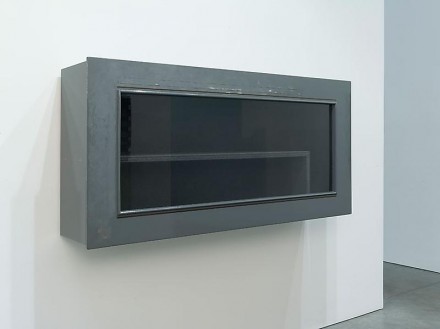 This entry was posted on Thursday, January 9th, 2014 at 11:05 pm and is filed under Art News. You can follow any responses to this entry through the RSS 2.0 feed. You can leave a response, or trackback from your own site.