New York – “Rituals of Rented Island” at The Whitney Through February 2nd, 2014

Jill Kroesen, The Original Lou and Walter Story, performance at The Kitchen, December 21—23, 1978. Courtesy the artist. Photograph by Robert Alexander

Currently on view at The Whitney Museum of American Art is Rituals of Rented Island: Object Theater, Loft Performance, and the New Psychodrama — Manhattan, 1970-1980, an ambitiously titled exhibition that focuses on the underground performance art circuits that made New York City a founding ground for the medium.  Looking at a broad range of performers, exhibition spaces, practices and historical contexts, the exhibition is an intriguing look at the early days of performance, and its impacts on contemporary art. 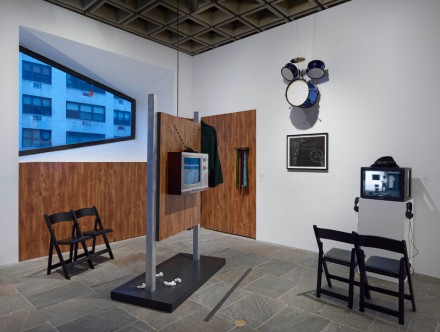 Operating from a broad variety of loft apartments, storefronts, warehouses and other spacious environs of Soho during the economic ruin of 1970’s New York, “Rented Island,” a term originated by filmmaker and performer Jack Smith, embodied an “anything goes” mentality to creating and presenting work, combining pop tropes and mass culture signifiers with the storied institutions of New York School painting, jazz and rock music, dance and theater.

The result was a brand of performance art that pushed beyond the “happenings” of the late 1960’s, pioneered by artists like Allan Kaprow.  The new breed, including artists like Mike Kelley, Laurie Anderson, John Zorn, Jared Bark and Vito Acconci, pushed the body and its place in the performance to the forefront.  Immediate recognitions of the social and physical capacities for art were replaced, or rather, backgrounded, in favor of examinations of affect and impact of forces on the body, or the body as an outlet for its own forces in turn.  Acconci, perhaps, is the best example, particularly his Following work, in which he pursued strangers on the street, with unforeseen circumstances, a dedication to social intrusion has continued to mark his work moving forward. 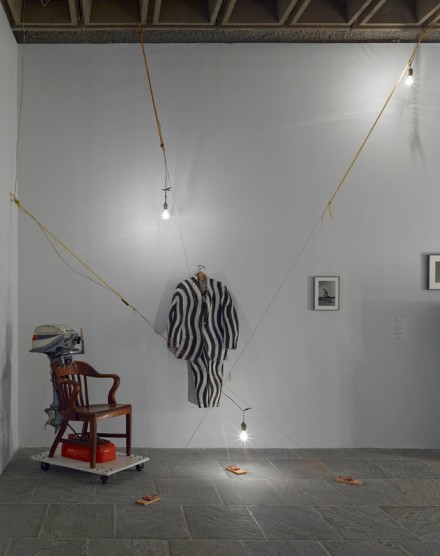 But the underlying thread of the exhibition is that of community, the tightly knit group of artists formed by this method of presentation and working.  The collaborative, intimate nature of New York’s downtown performance scene was something of a legend in its own right, and its impacts can still be felt today.  As the Clocktower Gallery shuts its doors (and moves across the river to Pioneer Works), and the rents of New York continue to skyrocket, this point could maybe be seen as one of the lasting legacies of what seems to be a rapidly closing era, and perhaps a lesson for the young groups of artists currently watching similar dynamics of gentrification currently taking effect in the Brooklyn neighborhoods of Sunset Park and Bushwick. 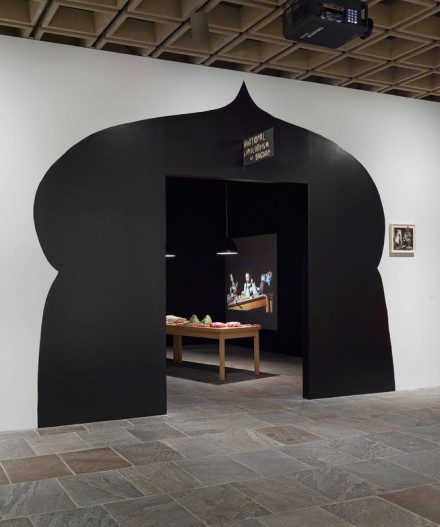 Read more:
Rituals of Rented Island [The Whitney]
“Nothing to Spend, Nothing to Lose” [New York Times]

This entry was posted on Friday, January 24th, 2014 at 12:00 am and is filed under Art News. You can follow any responses to this entry through the RSS 2.0 feed. You can leave a response, or trackback from your own site.