After the beginning of the February auctions in New York last week, attention will shift across the Atlantic to London, where the Impressionish and Modern art auctions will commence today, February 4th with Christie’s evening sale.  This year, the modern sale will offer some strong works from both auction houses, boasting impressive estimates that belie a strong offering across the board, rather than a handful of big ticket works.

Even so, Christie’s seems to be continuing its dominance of the auction weeks with a sale of 48 works during its evening sale, valued at  $223 million to $323 million, lead by Pablo Picasso’s iconic Femme Au Costume Turc, a 1955 piece that is commanding a pre-sale estimate of $24.6 million to $32.9 million.  Also offered at the top of the auction house’s catalog is a Juan Gris still-life from 1915.  Valued from $19.7 to $29.6 million, the painting has the potential to break the artist’s current auction record of $28.6 million.  Given the rising demand for the artist’s work in past years, this sale may become a reality.  Giacometti’s immediately recognizable Trois Hommes Qui Marchent I is also on sale, carrying an estimate of $10,205,200 – $13,168,000. 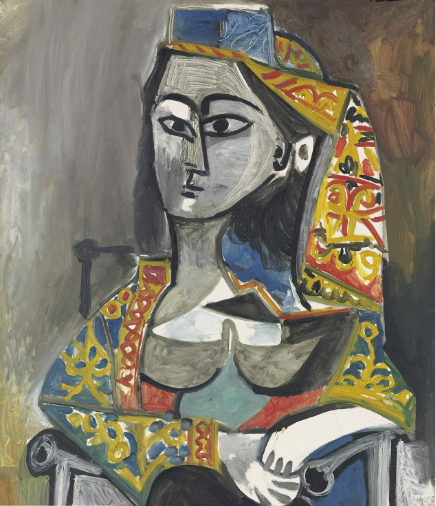 In contrast, Sotheby’s is offering nearly twice that number of works with a 90 lot offering that barely scratches the surface of Christie’s pre-sale valuations, with an estimated valuation “in excess of $150 million” as its press release states.  Even so, a number of strong works are offered, led by its cover lot, Camille Pissaro’s Le Boulevard Montmartre, matinée de printemps, a highly praised work that carries an estimate of $11.4 million to $16.4 million.  The high initial estimate bodes well for the artist’s auction record, one which is assumed to fall at auction on Wednesday.  Also on sale is an impressive late-career Matisse, valued from $10.6 to $13.9 million.  The Sotheby’s sales this week will also boast a second offering of works from the Krugier Collection, which saw middling results last year when the first set of pieces went to auction. 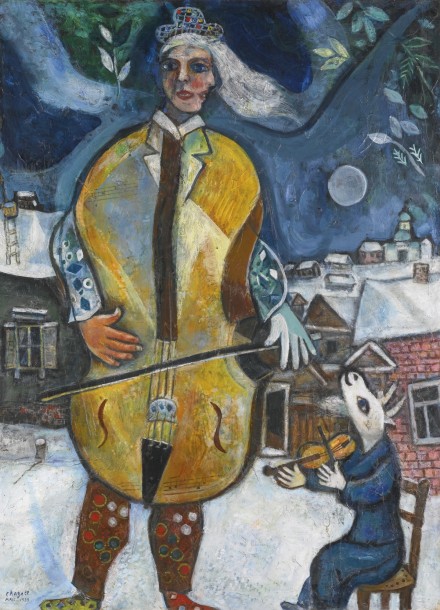 The Evening sales this week will begin at 7:00PM GMT tonight in London.  Art Observed will be covering the auctions on our Instagram and Twitter. 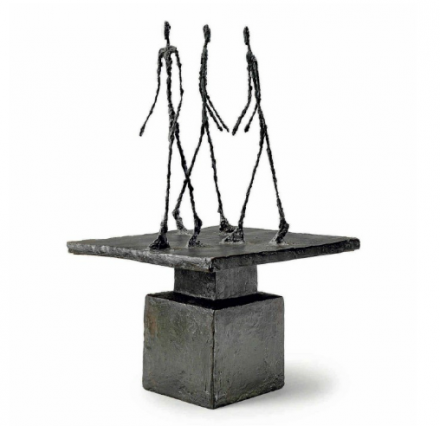 This entry was posted on Tuesday, February 4th, 2014 at 10:59 am and is filed under Art News. You can follow any responses to this entry through the RSS 2.0 feed. You can leave a response, or trackback from your own site.