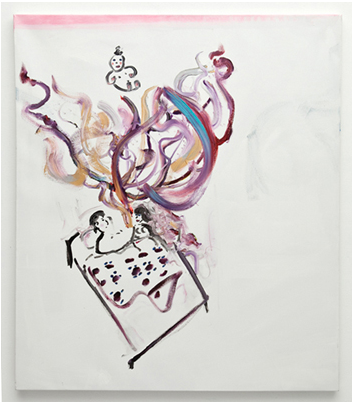 Again, a solo show of the work of Trevor Shimizu, is currently on view at 47 Canal now through April 6.  From the work itself to the press release of this show, the dry wit and intense self-awareness of Shimizu’s voice reverberates throughout each work. 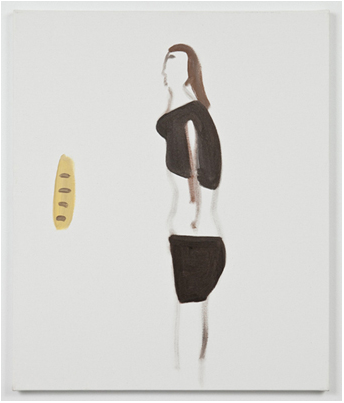 Shimizu is riding a wave of popularity at the moment, having shown in a number of international galleries and exhibitions, including several works in the Whitney Biennial, and he brings his particular brand of “conceptual, laconic humor” (according to his press release) to his new works, sweet and sometimes excruciatingly subtle depictions of sex, cats, and faceless forms reminiscent of large-scale doodles on canvas. The ambiguous force of “pop culture”, purportedly a significant influence in Shimizu’s career, is evidenced in his attention to the body and the forces of beauty and biology that act upon it. The pieces Before (2011), Before/After (2011) and Girlfriend Wants a Baby (2010) speak to this apparent fascination with the human figure in all its potential transformations. These works also illustrate the distinct sense of humor involved in Shimizu’s approach. Color and line come together in a perplexing example of the hyperbolizing powers of illustration. The vernacular is forced into conversation with the absurd in these simple suggestions of the surreal middle ground between body and mind. 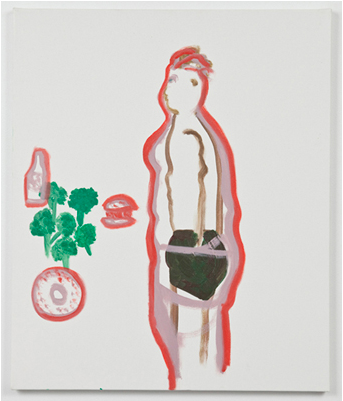 In a reflection of his orientation toward pop culture, Shimizu’s illustration of women speaks to the pornographic standards by which the female form continues to be described in visual culture. His series of Untitled, Undated works are hauntingly sweet depictions of smiling female subjects in bubblegum pink or bright green pastels. In this series of paintings, the grotesque rendering of the female body is made comic in the exaggerated expressions of glee worn on the faces of these subjects.  Slim, wan figures are juxtaposed with ghastly, haunting faces, alternating between comic dissonance and horrifying moments of clarity. 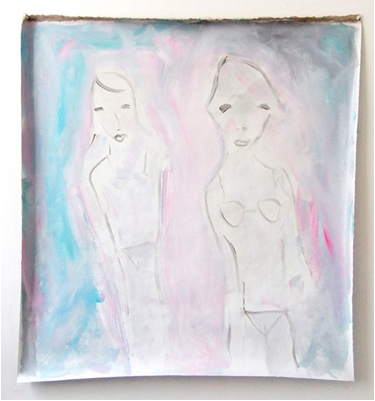 Shimizu’s work represents a refreshingly challenging approach to the categories of perception and representation. In these paintings, the everyday becomes a farce of brilliantly colored caricature, and the comical nature of his work brings the darker aspects of contemporary society back to the forefront. 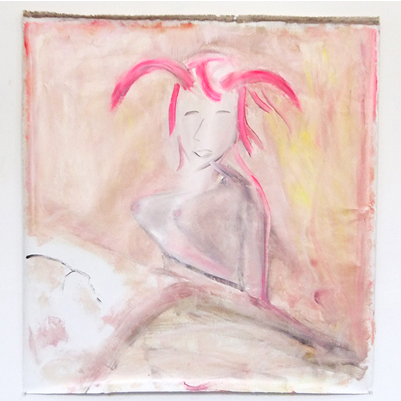 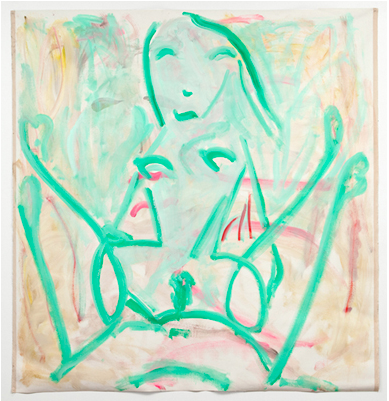 This entry was posted on Sunday, March 30th, 2014 at 12:00 am and is filed under Art News. You can follow any responses to this entry through the RSS 2.0 feed. You can leave a response, or trackback from your own site.