London – He Xiangyu at White Cube Bermondsey Through April 13th 2014 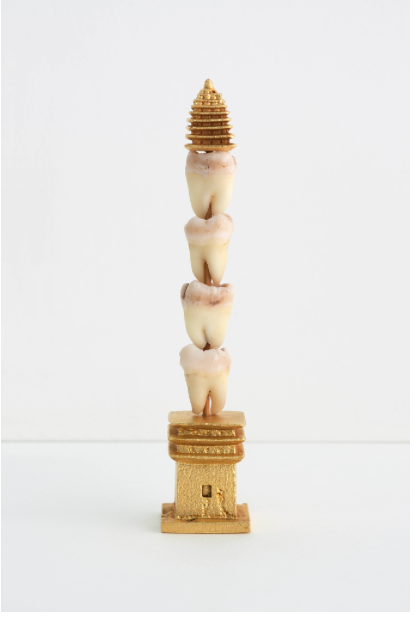 At White Cube Berdmonsey’s North Galleries is the first UK exhibition of work by Chinese artist He Xiangyu, composed of installations and multimedia sculptures meant to express cultural and social concerns while maintaining an ongoing interest in the body and its place in exchanges between the two. 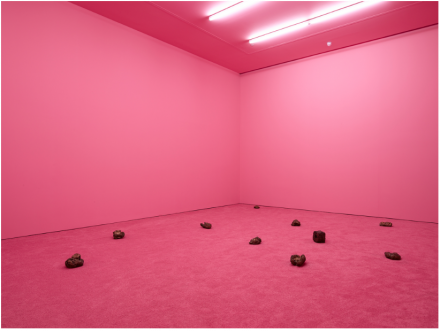 Born in 1986 in Dadong, Liaoning Province, People’s Republic of China, located in the northeast near North Korea, He Xiangyu graduated from the Oil Painting department of the Shenyang Normal University in Liaoning Province in 2008, and he currently lives and works in Beijing. His first group exhibition was in the RAAB Gallery, Berlin, as a part of the Chinese Young Artists Exhibition, and in 2010 he gained attention for his Cola Project, presented at the WALL Art Museum in Beijing, the LOFT art gallery, Paris, and the 4A Centre for Contemporary Asian Art, Sydney.  The current exhibition at White Cube includes another showing of the Cola Project, which he started in 2008, boiling down 127 tons of Coca Cola over a period of 1 year and using the residue as an ink to make Song Dynasty-style landscape paintings. The works make an obvious social commentary on western consumer culture in contemporary China, as well as showing the transformations that can occur due to intensive processing of food substances. 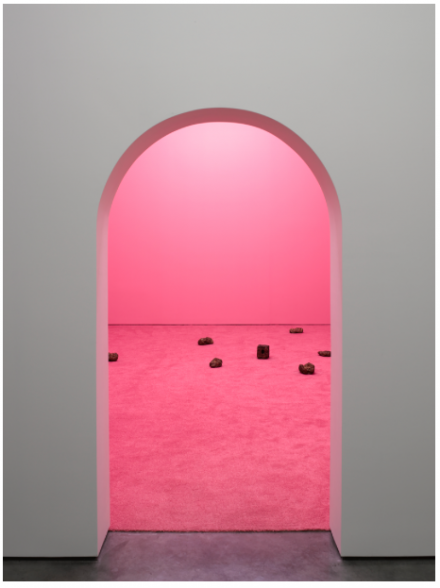 Additionally on display is Xiangyu’s Tank Project (2011-13), a life-sized military tank made of luxury leather from Italy, all hand-sewn by a factory of female needle workers who were trained especially for the project by Xiangyu himself.  Further investigating the exchanges of cultural caché and real labor, the artist makes poignant ties to the fraught relations of economics and military power that have often marked exchanges of east and west.  Similarly, in 200g Gold, 62g Protein (2012), a solid gold egg carton containing one ordinary egg, Xiangyu comments on both China’s single child policy which shaped his generation in China, and “the process by which value is assigned to objects…imbuing objects and materials with meaning.”  Through an interplay of vast wealth and undernourished life, the viewer finds themselves indexed against the work through their own value. 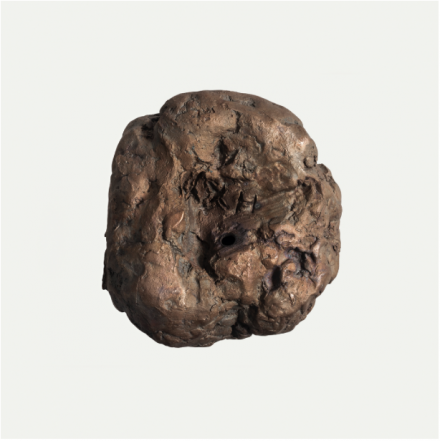 Nearby, the work Everything We Create is Not Ourselves (2013) presents a non-political, but very personal work, made of small copper casts from a mould Xiangyu created by feeling the inside of his mouth with his tongue, exploring the relationship between the sense of touch and the sense of sight, as we are able to see the feeling inside his own mouth in sculptural form. Similarly, in Wisdom Tower (2013), a small Chinese pagoda is made up of Xiangyu’s own wisdom teeth. 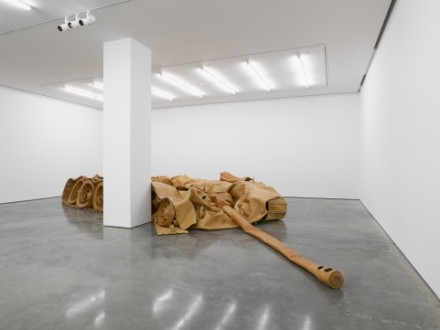 Digging at constructions of identity in relation to broader cultural interplays, the exhibition  of work by He Xiangyu will remain on view at White Cube’s North Galleries, Inside the White Cube, through April 13, 2014. 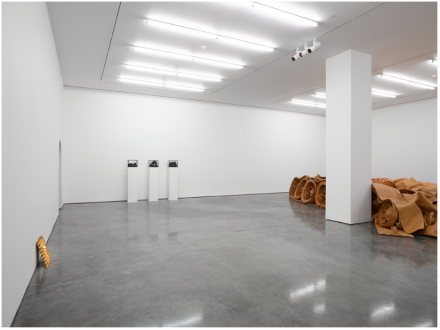 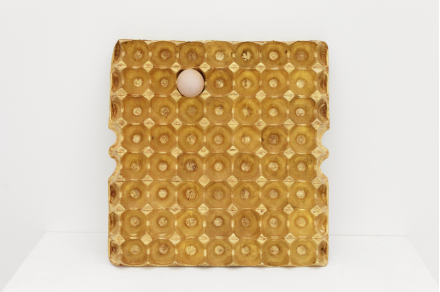 This entry was posted on Monday, April 7th, 2014 at 12:00 am and is filed under Art News. You can follow any responses to this entry through the RSS 2.0 feed. You can leave a response, or trackback from your own site.