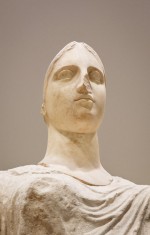 The New York Times looks at the results of returning treasured art works to their countries of origin, and examines the varying levels of prominence or neglect these works often reach once returned.  “It’s not the same with music, it’s not the same with film, it’s not the same with literature — but when it comes to physical objects,” says J. Paul Getty Trust President James B. Cuno, “these things are kept as evidence of a proud past, as defined by the nation-state government.”

This entry was posted on Tuesday, April 22nd, 2014 at 8:42 pm and is filed under Art News. You can follow any responses to this entry through the RSS 2.0 feed. You can leave a response, or trackback from your own site.