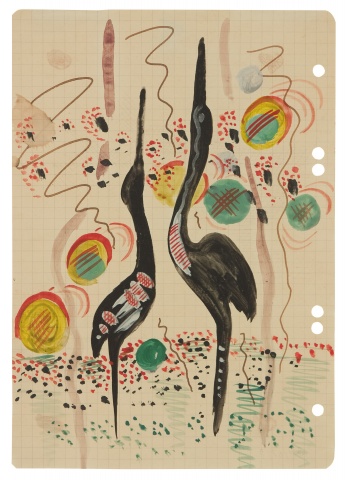 Presented for the first time in almost twenty years, Sigmar Polke’s works on paper are currently installed at Michael Werner Gallery. Including a number  drawings that have never been exhibited before, Sigmar Polke: Early Works on Paper suggests a distinctive look at the German master’s less known drawings, ink compositions and sketched out ideas, through a collection of nearly a hundred works created by the artist in the 1960’s. 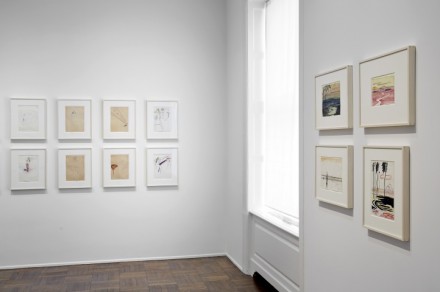 Regarded as one of the most prolific and ground-breaking Post-War German artists, Polke experimented with diverse mediums often departing from and returning to painting throughout his career.  Adapting a critical stand against Post-War consumerism  in Western Europe at the beginning of his career, the artist built a body of work carrying influences of Pop-Art in his most productive years. 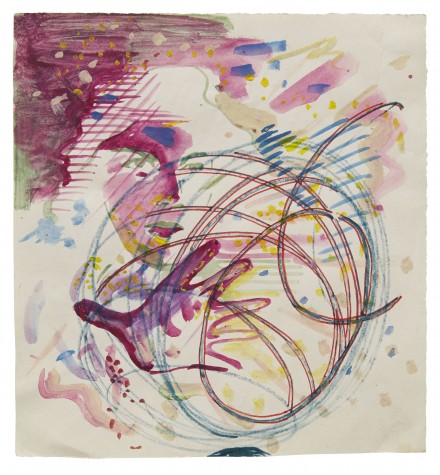 Intimate and meticulous, Polke’s drawings here transfer the core notions of artistic ingenuity and integrity at a universal level. Unique to the medium of drawing, the artist’s gestural strokes along with his vibrant color pallet reveal the hints of Polke’s mastery and artistry, as translated through exercises, quick works and studies.  Applying gouache, watercolor, ballpoint pen and marker alongside collage, Polke obtains striking colors and assemblages as he maneuvers around the figurative and the abstract. Not lacking witty humor or social satire, the artist’s drawings collectively stand out as an ensemble of a sketchbook and a journal in which he brought together his ideas alongside his sketches. 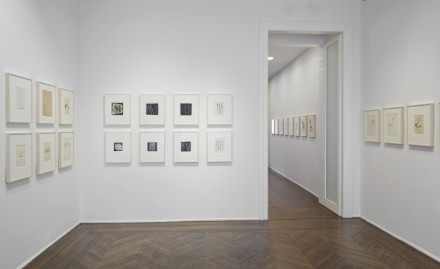 A study for a future sculpture or a simple drawing of a consumerist product, Polke’s drawings blend many artistic movements and styles. Slightly evident in his drawings are certain art movements crucial in shaping Polke’s oeuvre in later years, while also referencing his early influences and inspirations.  Through blending the influence of Constructivism with depictions of commercial products, or combining the elements of Pop-Art with Surrealism, Polke’s drawings achieve a harmonious deliverance of his artistry. 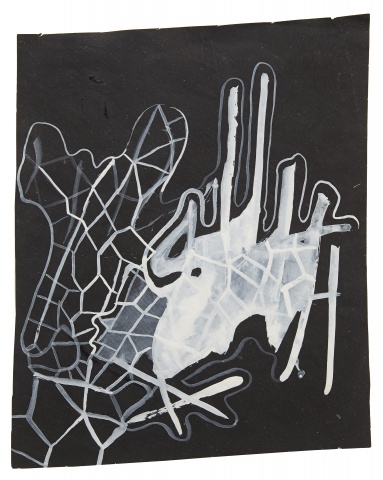 Shown alongside the major Sigmar Polke retrospective at the Museum of Modern Art this spring, the artist’s works on paper offer a look at the elements that shaped Polke’s forty-year career.

Sigmar Polke: Early Works on Paper is on view at Michael Werner Gallery through June 7, 2014 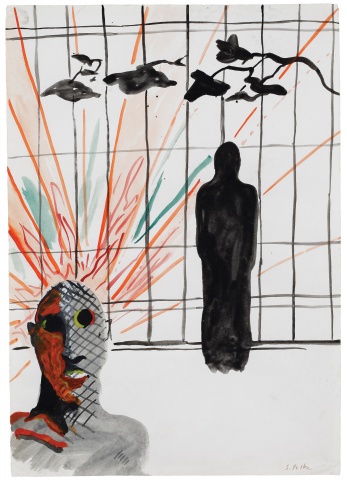 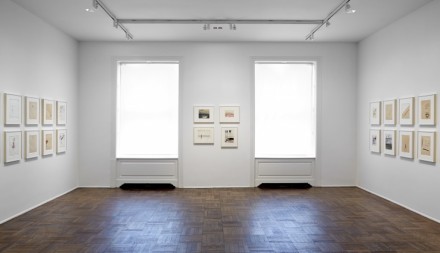 This entry was posted on Saturday, May 3rd, 2014 at 12:00 am and is filed under AO On Site. You can follow any responses to this entry through the RSS 2.0 feed. You can leave a response, or trackback from your own site.