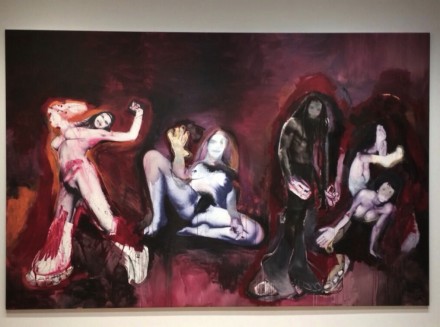 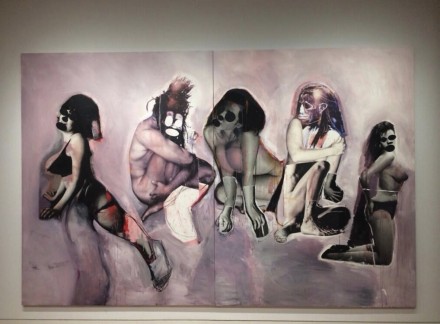 As a series of works from Prince’s oeuvre, the pieces are typically indicative of the artist’s style over the past decade.  Similar to his Nurses, and his most recent series of Cowboys paintings, the works are acts of conscious manipulation, of alienating the body and the pose from its moorings, and turning it into a strange commentary on pop culture and lurid sexuality.  Pieces are slathered with splashes of paint, and the female form is turned into something just beyond recognizable, often given a jarring twist of horrifying, deathly details. 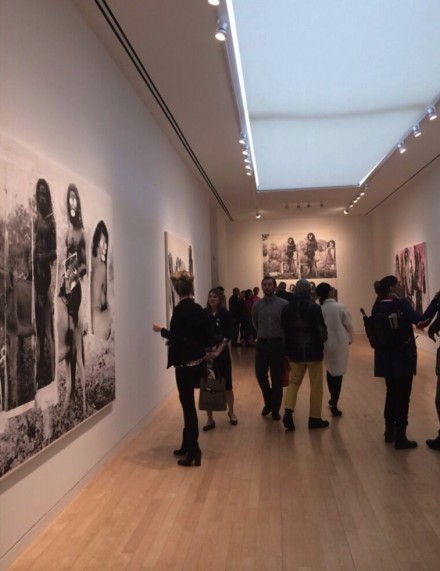 At the opening for Canal Zone, via Art Observed

Prince’s approach to Cariou’s images are perhaps the most intriguing, particularly in one work, a large-scale tapestry of altered faces and images, in which Prince repeatedly alters the facial details of Cariou’s rastafarian subjects through subtractions, scribbles and inflections of paint.  The effect is bizarre, refusing to fall squarely in the region of outright caricature, but at the same time, containing enough abject punch to convey a marked sense of unease. 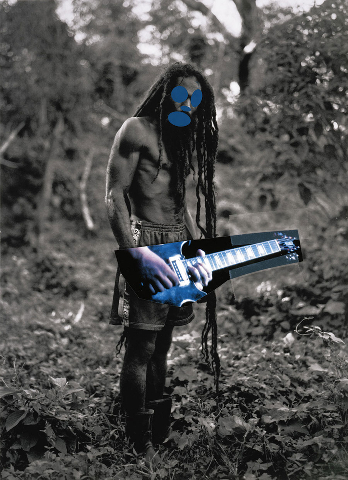 But there’s also a strange historical antecedent that now sits with the works on view, a knowing reference not only to the sources of the work, but to the various sordid details of Prince’s court proceedings and the near-destruction of these powerful collages on canvas.  Overflowing with a visceral, enthusiastic energy, the pieces feel more heavily moored in the origins of their materials.  Now that everyone knows the story, and has seen the original photographs, one has to wonder if the works can really express the same vivid otherness Prince’s works strove for. 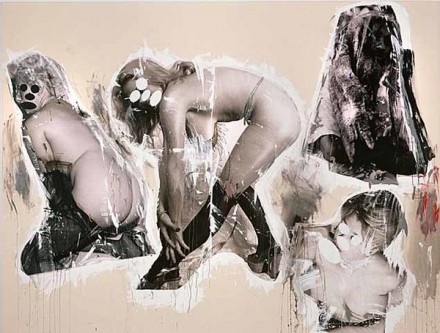 In equal measure, one could consider the alterations of the works, in conjunction with Prince’s ultimately successful court case (where the works were ruled transformative enough to stand on their own), as a fascinating study in artistic intent.  Given the cartoonish and potentially offensive alterations to the original images, Cariou’s lawsuit perhaps best illustrates what happens when an artist is no longer capable of the implications and uses their work takes on once it leaves the studio.  As much as Prince’s works are a powerful study in media culture, manipulation and context, the historical record of the works, and their presentation at Gagosian, paints a striking picture of what happens when an artist can’t stand the presence of their own works through the eyes of another. 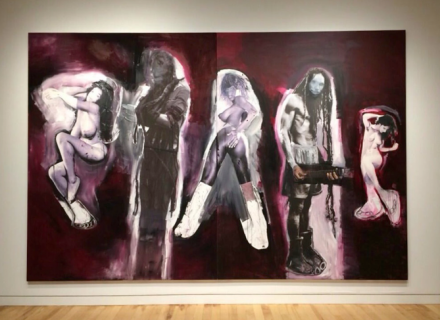 This entry was posted on Saturday, June 14th, 2014 at 4:33 pm and is filed under Art News. You can follow any responses to this entry through the RSS 2.0 feed. You can leave a response, or trackback from your own site.