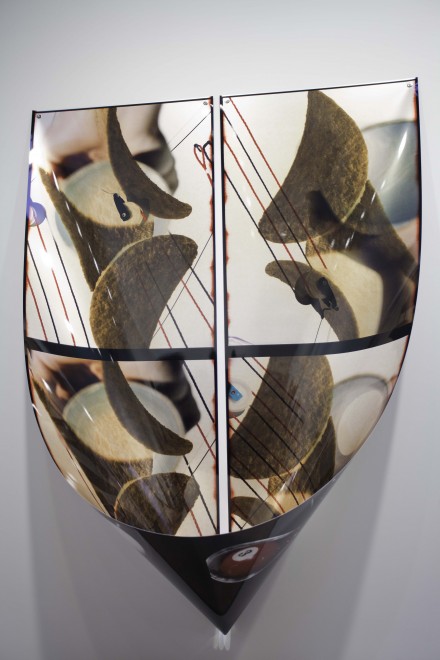 There was a vibrant buzz around Hauser & Wirth in Chelsea as one of the gallery’s smaller exhibition space filled in for the opening of the group show Fixed Variable, featuring the work of Lucas Blalock, Ethan Greenbaum, John Houck, Matt Keegan, Josh Kolbo, Kate Steciw, Chris Wiley and Letha Wilson, and examining the relationship between the nature of the photograph, the nature of the object, and the intersection between the two. 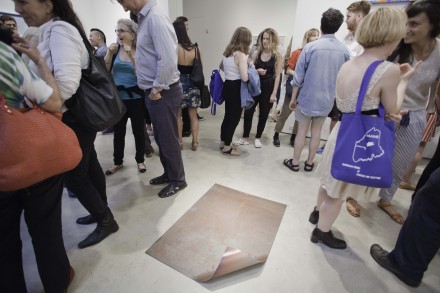 A fluid mixture of sculpture and photography, Fixed Variable is an energetic and playful show that toys with the notion of truth in imagery, perspective, and context. The context of the work being installed in a gallery, or in a general physical space, is never ignored, and there is the sense that every inch of the room is being brought very consciously into the work. Letha Wilson’s Face Down (Sunset) (2013), for example, is placed on the gallery floor, and could easily be stepped on, if not quickly noticed. There was even a brief discussion at the opening between artist and viewer on whether or not it doing so was appropriate. The answer was no – the object is only for viewing. This in itself created an interesting tension, as patrons to the opening were then forced to delicately step around the object, making it impossible to ignore. 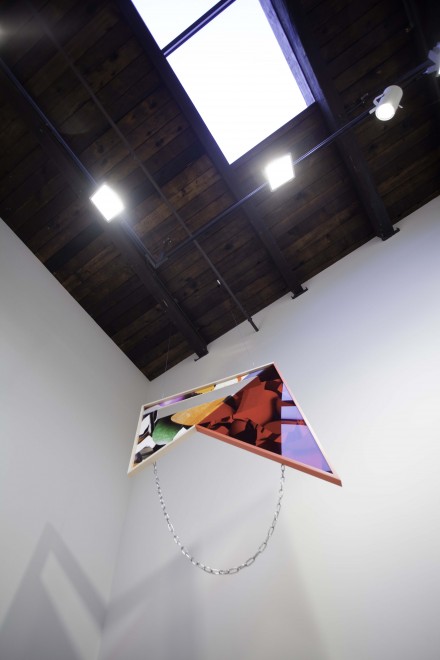 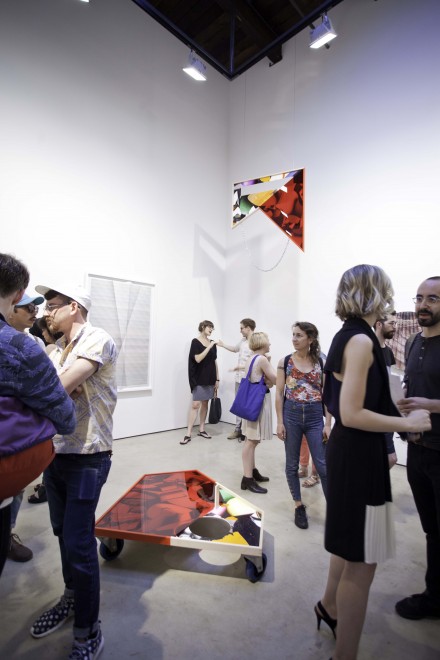 Another such oasis in the crowd was caused by a two-part piece by Katie Steciw. One “half” of the work hung in the corner of the gallery space, quietly suspended far above the crowd, with a chain hanging from its colorful geometric sculpture as though reaching towards the second half of the piece, which stood a few inches above the concrete floors on wheels.  The work is easily movable, yet frozen still, untouched, in the context of the art gallery. 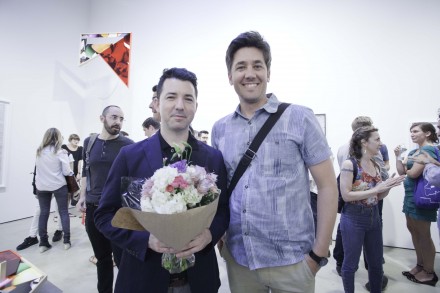 Ethan Greenbaum (left) and friend at the “Fixed Variable” opening at Hauser & Wirth on June 27th, 2014 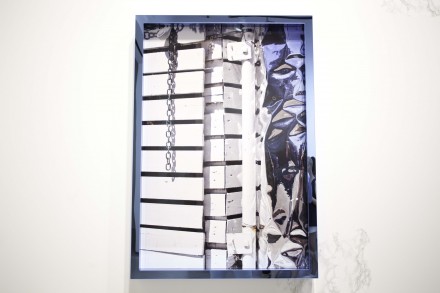 What’s perhaps most intriguing about this collection of work is the thread running through the show, the marriage between the physical and the digital: a marriage that has happened so recently in photography and in sculpture respectively.  John Houck, for example, created software to create the kind of digital effect he wanted to produce in his artwork. He then physically folds the printed piece, imprinting a physical human artifact into the work, and leaving it suspended between a carefully hand-crafted object and an algorithm driven piece. Letha Wilson’s process involves photographing landscapes in the American West, and then physically altering them in such a way that they become their own landscape. She then adds a textural element by, for example, pouring concrete onto the façade of the newly formed, photographic object. 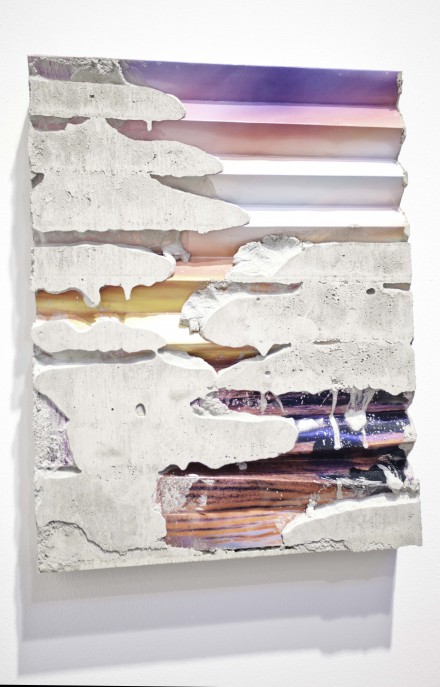 The result of this survey is an interesting show that doesn’t take itself too seriously, and thus takes ample and engaging liberties with context, space, and color, while approaching very serious and dense questions about the nature of photography and the physical form.

This entry was posted on Wednesday, July 9th, 2014 at 12:00 am and is filed under Art News. You can follow any responses to this entry through the RSS 2.0 feed. You can leave a response, or trackback from your own site.