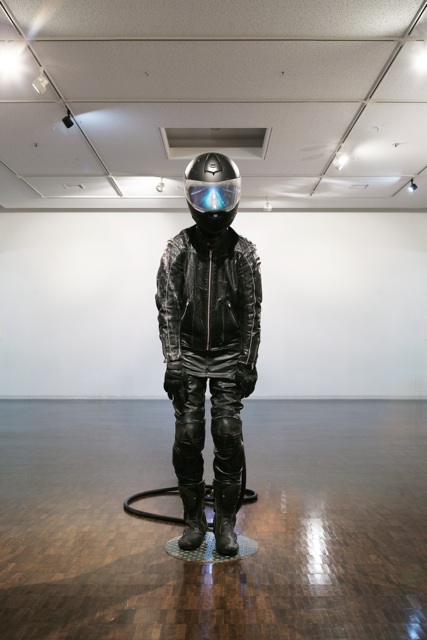 Yusuke Suga, Mediator (2013), Courtesy of Friedman Benda and the artists

The inarguable force of nature and its fearful destructive impact hit Japan in March 2011 during the Fukushima nuclear meltdown, afflicting millions of lives and causing billions of damage. The number one earthquake in terms of strength in the history of Japan and the fifth in world records, and its resulting tsunami left the coast of Japan reeling from its physical and psychological damage, particularly after the meltdown of three plants at Fukushima Daiichi Nuclear Power Plant.  Aside from the massive physical devastation it caused, the catastrophe carried charged memories and impacts to those who witnessed the disaster, either first-hand or indirectly. 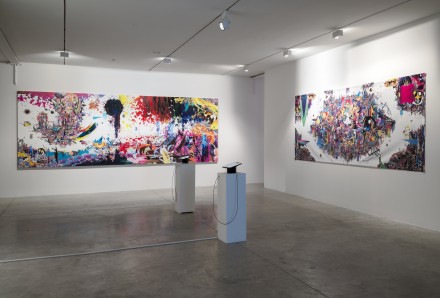 Co-curated by Thorsten Albertz and Reiko Tsubaki, Duality of Existence – Post Fukushima suggests an extensive reading on these sociological, political and psychological effects of this period, and the effects Japan has felt ever since. Bringing together Japanese artists from different stages in their careers and vastly different techniques, the exhibition examines how Japan, one of the most technologically advanced and innovative countries in the world, has been coping with the unmanageable extents of nature.

The revelation, showing the incompetence of the virtual systems, brought the existence of neglected values and viewpoints towards humanity to the surface.  Forcing the masses reflect on the existence of human encounter and natural negotiations, March 2011 stands out as the breaking point in the discourse of the exhibition, investigating a nation’s perception of raw and essential issues such as nature, loss and death in the midst of extreme technological advancements that often diminish the emphasis of physicality. 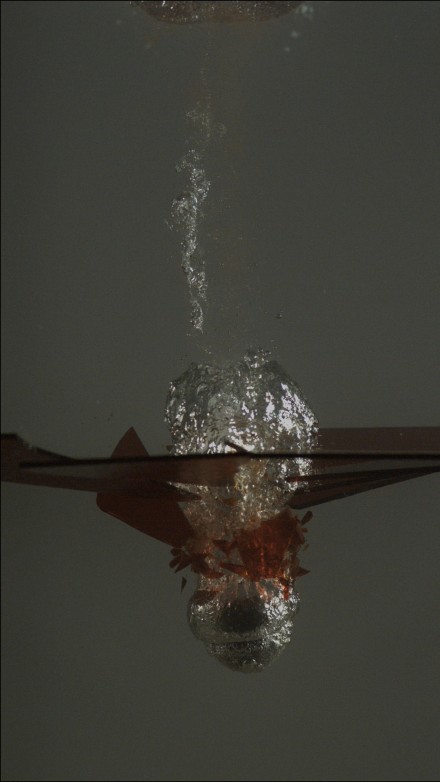 Motohiko Odani, A Dead Man Sleeping (2013) Courtesy of Friedman Benda and the artists

Yusuke Suga’s Mediator is a life size sculpture of a human being sporting a high-tech dystopian costume and a helmet that sparks similarities to Google Glass. The continuously sliding information on the helmet suggests the abundance of information circulating every second while distancing the individuals from the actuality of the data. Conversely Takahiro Iwasaki presents two pairs of sculptural creations, each containing one ‘original’ and one ‘reflection’ of the same image, blurring the distinction between the real and the reflection, while adapting an intricate and highly detailed language. 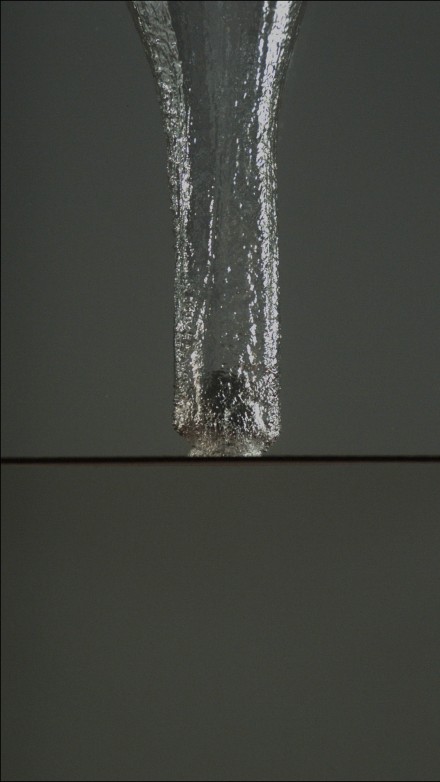 Motohiko Odani, A Dead Man Sleeping (2013) Courtesy of Friedman Benda and the artists

Kazuki Umezawa’s collages of elements from Japanese culture, utilizing surreal images and bright colors in various sizes suggest an adventurous experience when looked through the available iPads, causing the images to shift, appear or vanish, orchestrating a dream-like, illusive state. Calling, Masaharu Sato’s video of cell phones constantly ringing in intimate or public environments introduces a humorous aspect to the selection, commenting on the common epidemic of cell phone addiction and its occasionally absurd outcomes. Bringing in another witty approach into the gallery with their large scale installation is Tokyo-bsedart collective from Tokyo, Chim ↑ Pom.

The collective’s mixed-media installation to be titled ridicules the bureaucratic regulations through comparison between the actual identity of their only female member with her misread identity by the custom regulators when she presented false information at the US border. Motohiko Odani’s Dead Man Sleeping, a two-channel video installation portraying an iron ball gracefully falling into a water-filled aquarium thrills with its depiction of shatter and collapse in slow motion, creating a tension between the glorious heaviness of the iron ball and the resisting yet translucent power of the water, a facet that Japanese culture has been all too hardily acquainted with in recent memory.

Duality of Existence – Post Fukushima is on view at Friedman Benda through August 9, 2014.

*All photos by Adam Reich

This entry was posted on Monday, August 4th, 2014 at 12:00 am and is filed under AO On Site. You can follow any responses to this entry through the RSS 2.0 feed. You can leave a response, or trackback from your own site.