New York – “Hypothesis for an Exhibition” at Dominique Lévy Through August 15th, 2014 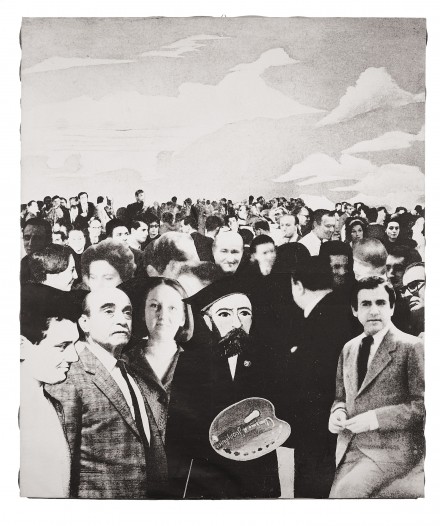 Hypothesis for an Exhibition, a survey show paying homage to the work of conceptual artist Giulio Paolini is open at Dominique Lévy on Madison Avenue through August 16. In addition to Paolini himself, the exhibition features the work of Richard Aldrich, Harold Ancart, Sebastian Black, Kerstin Brätsch, Guyton/Walker, KAYA, Charles Mayton, Seth Price, Josh Smith, R.H. Quaytman, Antek Walczak and Viola Yeşiltaç. Additionally, Studio Manuel Raeder has designed an accompanying publication, which incidentally coincides with London’s Whitechapel Gallery retrospective Giulio Paolini:To Be or Not to Be. 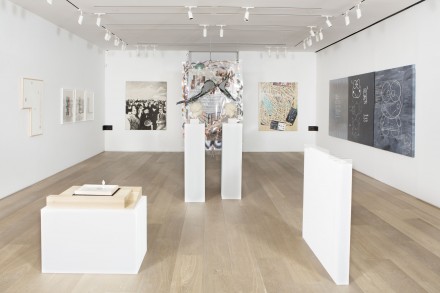 Curated by Begum Yasar in a classically conceptual framework, the Lévy exhibition is divided between Paolini’s own work and twelve contemporaries, acting in response to his own set of ideas, often embracing Paolini’s interests and work in exploring the limits and concepts of language, context and reflexivity.  174 (photograph on panel, 1965), for example, looks like a Gantt chart executed by Daniel Buren.  Tracing the trajectory of art history from 1900-1960, the piece illustrates how each form and conceptual mode emerged, as well as which modes continued to stay relevant within other, separate visual codes. 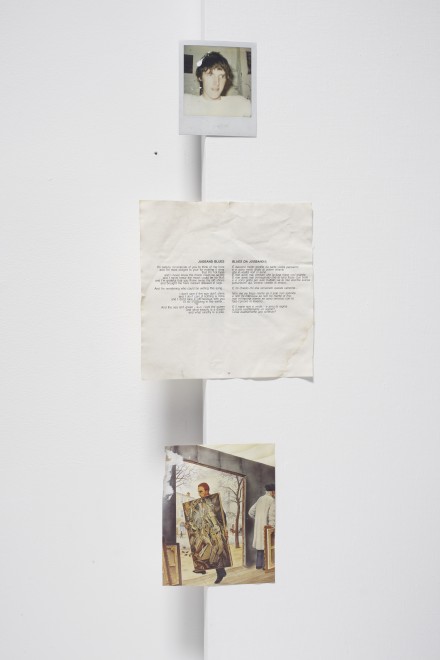 The title of the exhibition comes from Paolini’s 1993 eponymous work, which was largely un-realized until a 2003 retrospective curated by Germano Celant at the Fondanzione Prada, Milan. The “proposal” is further explored by the other artists’ respective inquires on this self-reflexivity. Richard Aldrich’s Birthmark (2012) is a white canvas, appropriately referred to as “paper and polaroid on linen.” The left edge of the canvas is flanked by a polaroid of Aldrich himself, the lyrics to Pink Floyd’s “Jugband Blues” and a postcard image of painter Andre Raffray’s Marcel Duchamp removing his Nude Descending a Staircase from the Salon des Indépendant, at the Cubists’ request, Paris 1912 from his “Marcel Duchamp: La vie illustrée” (1977), which seeks to depict career highlights and trivial moments in the life of the great-grandfather of Conceptualism. 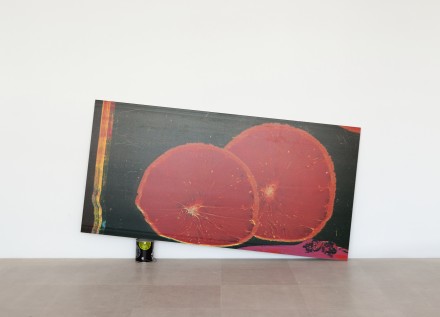 Indeed, much of the show attempts to separate painting from a physical gesture, moving towards the notion of painting or mark-making as a formal decision across media. Guyton/Walker’s Untitled (2009) is an ink-jet image of a grapefruit printed on drywall. Propped, not hung, against the wall using a can of paint further decorated with a fruit motif, the artist cleverly repositions the painting along lines that could equally qualify it as sculpture. 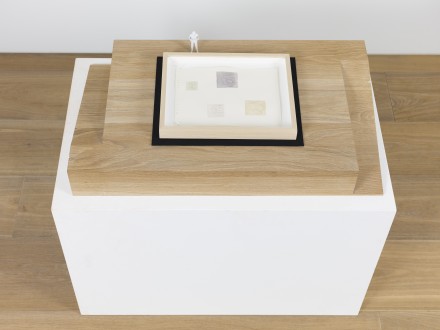 Sebastian Black continues this line of thought with his own Untitled (2014). A 4 x 30 x 18” plynth bears gouache drawings of John Lennon, in the style of the original 1969 self-portrait by the late musician. The drawing is mounted within a simple wooden frame, further elevated by small wooden pedestal sloped on both sides. A plastic white figurine of a man stands next to the topmost frame, mimicking the viewer in the act of “looking down” at the drawing. 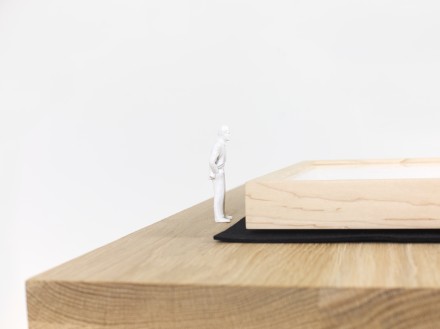 If one refers to the tail end of Sol LeWitt’s definition of conceptual art, that is, that “execution is a perfunctory affair” the Paolini retrospective feels somewhat crowded with the amount of energy and ideas present in each work.  Presenting so much fertile conceptual ground to explore, the show leaves the viewer longing for Paolini’s even broader retrospective on the other side of the Atlantic. 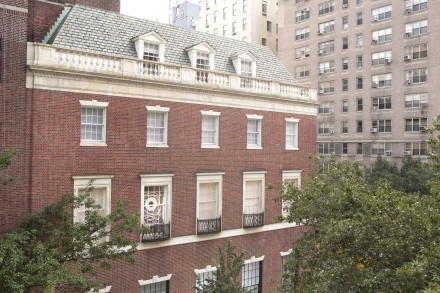 This entry was posted on Wednesday, August 13th, 2014 at 12:00 am and is filed under Art News. You can follow any responses to this entry through the RSS 2.0 feed. You can leave a response, or trackback from your own site.