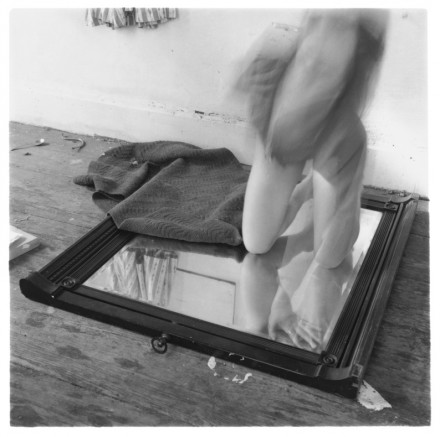 Photographer Francesca Woodman is the subject of an exhibition exploring her broad range of innovative techniques at Victoria Miro this month, focusing on a theme of the zigzag as both a geometric and compositional form. 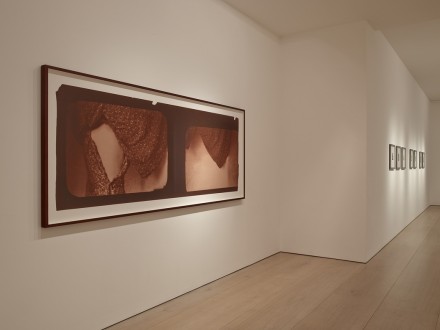 Focusing on recurring visual themes present throughout Woodman’s body of work, the artist’s compositional motifs and repetitive jagged shapes are emphasized here, alongside Woodman’s sophisticated, innate understanding of form.  Most of her photographs are black and white, and feature young, nude women, blurred due to movement during long exposure times.  The effect of this compositional technique leaves vivid, energetic traces across the canvas, using the human form to express abstract notions of movement and shape.  Strong angles and lines repeatedly show up in photographs incorporating a wide variety of subjects. As a compositional element, the zigzag reveals her fascination with line as well as a clear, direct artistic voice, and her ever-present motif allows the jagged, jumping lines of her works to move from one work to the next, presenting a continuous zig-zagging line as the viewer moves through the space of Victoria Miro. 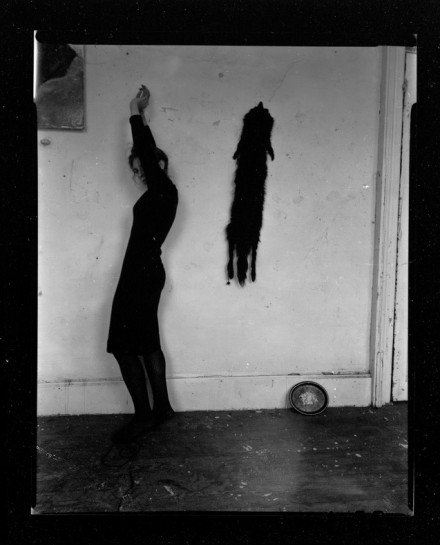 Most of Woodman’s photographs were taken with a medium format camera, producing 2-1/4 by 2-1/4 inch square negatives. She created around 10,000 negatives, now held by Woodman’s estate which is managed by her parents and represented by Victoria Miro, London and Marian Goodman, New York. Most of the works are 8 by 10 inch prints or smaller, which creates a unique intimacy between the viewer and the photograph.  Woodman once described a series of her works in a letter to a friend as “a long string of images held together by a long compositional zigzag, thus the corner of a building in one frame fits into the elbow of a girl in the next frame into a book in the third frame.” Woodman was concerned with the structure that binds us – humans and natural forms with the objects that humans create – as well as with connecting the otherwise seemingly unconnected.

Francesca Woodman lived from 1958 until 1981. She was born in Denver Colorado and attended school in Boulder Colorado, until she began high school in 1972 at a private Massachussetts boarding school. She returned to Boulder to graduate high school, and in 1975 attended the Rhode Island School of Design, studying in Rome between 1977 and 1978 as a part of a RISD honors program. In 1979, Woodman moved to New York City, and but committed suicide two years later, jumping out of a loft window at the age of 23.  Her short career managed to yield an impressive body of work, with over 800 works attributed to her.

Since 1986, Woodman’s work has been exhibited widely at reputable institutions around the world, including the Museum of Modern Art, San Francisco; the Solomon R. Guggenheim Museum, New York; the Fondation Cartier pour l’art contemporain, Paris; The Photographer’s Gallery, London; Carla Sozzani Gallery, Milan; and many more. Her work is a part of the collections at he Metropolitan Museum of Art; The Whitney Museum of American Art; MoMA, New York; Detroit Institute of Arts; Museum of Contemporary Art, Chicago, and Tate/National Galleries of Scotland.

The current exhibition at Victoria Miro will continue through October 4, 2014. 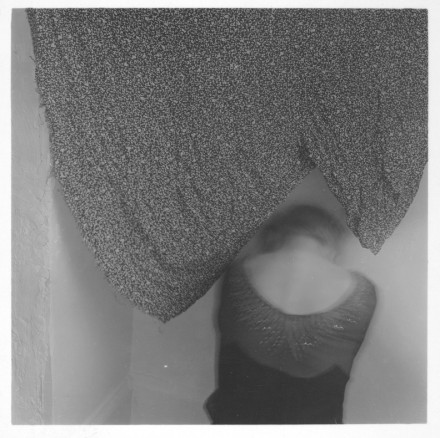 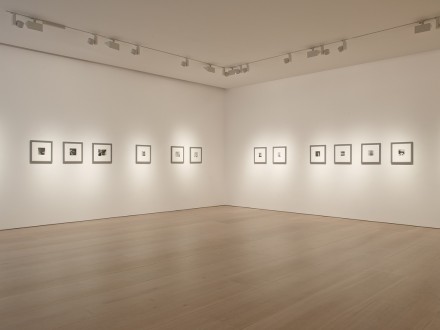 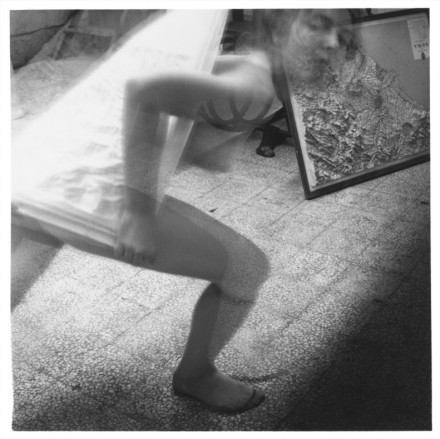 This entry was posted on Saturday, September 27th, 2014 at 12:00 am and is filed under Art News. You can follow any responses to this entry through the RSS 2.0 feed. You can leave a response, or trackback from your own site.