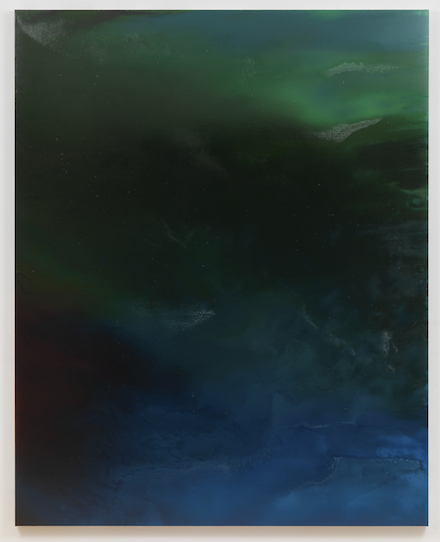 On view currently at Gagosian New York is an exhibition of new paintings by American artist Dan Colen, which aims to question the nature of painterly practice, particularly focusing on the intersections of materials, chance and the interactions of these elements with the actual intent of the artist.  The Miracle paintings are based on Disney stills, particularly from Fantasia, famous for its pairing of musical compositions with animated sequences.  In similar form, the pieces on view walk a fine line between abstraction and representation, drawing on the audience’s collective memory of the film. 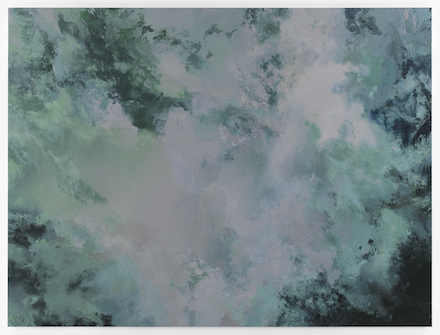 Working with highly corrosive and reactive chemicals, Colen’s paintings from this series take generic, easily recognizable abstract techniques, and twist them through decisive, violent gestures.  Paint is stripped from the canvas, or left to slowly burn away, leaving variations in texture and color that confuse the viewer as to which marks were intentionally made, and which were rendered by a non-human agent.  Running up to ten feet in width, the pieces reference phantasmagoria and mystical elements without any sign of the characters who may have caused them.   The result is a series of magical atmospheres, caused by a miraculous act that Colen himself refers to as “alchemy.”  The process of using oil paint, Colen mentions, opens up the possibility of new directions for the works to take on, and the pieces themselves are charged with their intensely vivid contrasts in color. 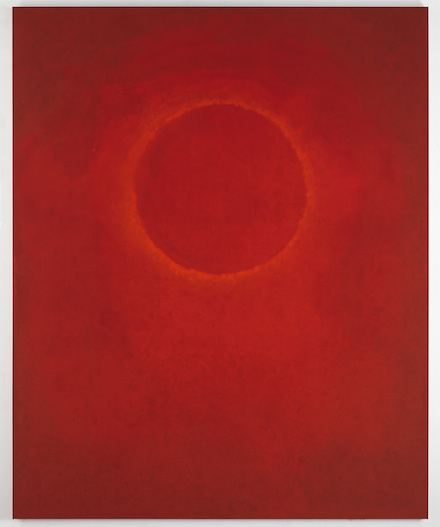 About the current set of works, Colen states that he wants the paintings “to reveal themselves during the making, similar to how the trash paintings came to be,” referring to his previous works incorporating materials like dirt, refuse, metal studs, chewing gum and plants.  Much in the same way, Colen abandons a certain autonomy in his work, allowing outside influences and actors to make a sudden and quite decisive impact on the final outcome of the canvas.  Although he has gone back to using oil paint again, this time he has experimented with the the possibility of the canvas as a site of magic in its own right, a place where one material becomes another almost instantaneously. 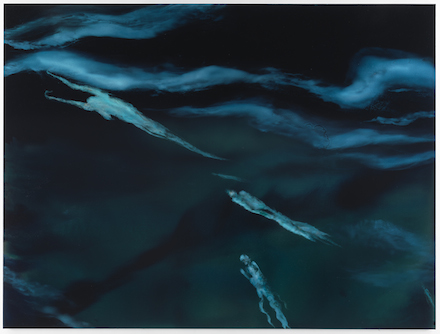 The current exhibition at Gagosian Gallery, “Miracle Paintings,” will remain on view through October 18, 2014. 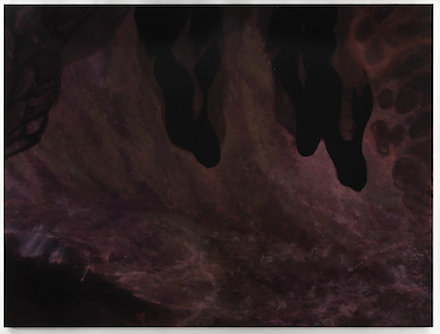 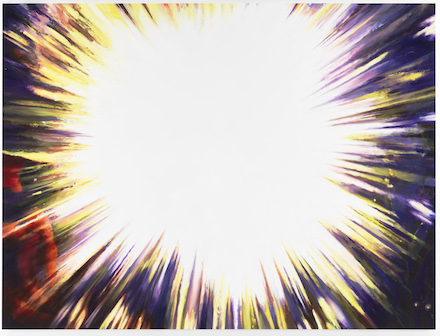 This entry was posted on Friday, September 19th, 2014 at 12:00 am and is filed under Art News. You can follow any responses to this entry through the RSS 2.0 feed. You can leave a response, or trackback from your own site.