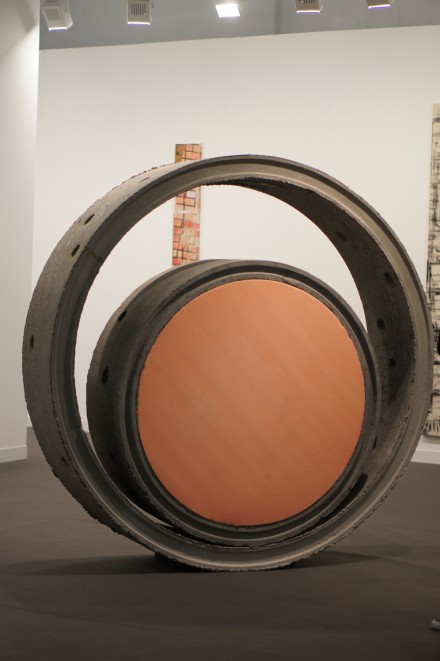 The last hours of Frieze London have come and gone, with a sizable portion of the $2.2 billion in works on sale changing hands over the course of the week, with a number of noteworthy sales, performances and events capping the fall art staple. 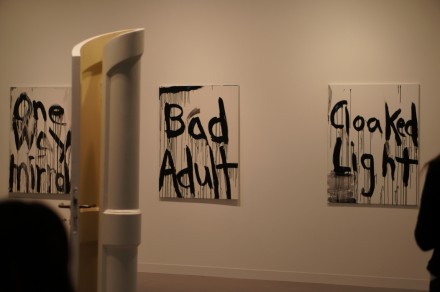 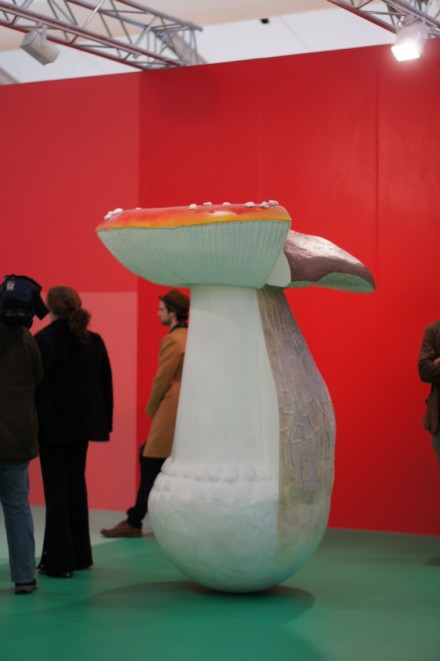 White Cube Gallery had a strong week on its home turf at Frieze this week, selling a $4 million Damien Hirst diptych within minutes of the doors opening, and followed it up quickly with another $4 million sale of a David Hammons microphone assemblage.  The pair of sales were widely reported as the strongest of the week, giving White Cube a quick lead on the strongest performance of the week.  Michael Werner achieved strong sales as well, bringing in $800,000 for a Sigmar Polke work on paper, as well as selling a set of Enrico David pieces for $40,000–80,000. 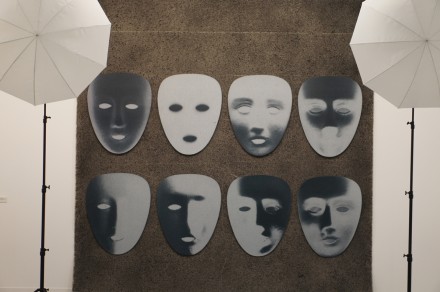 Amanda Ross Ho at The Approach 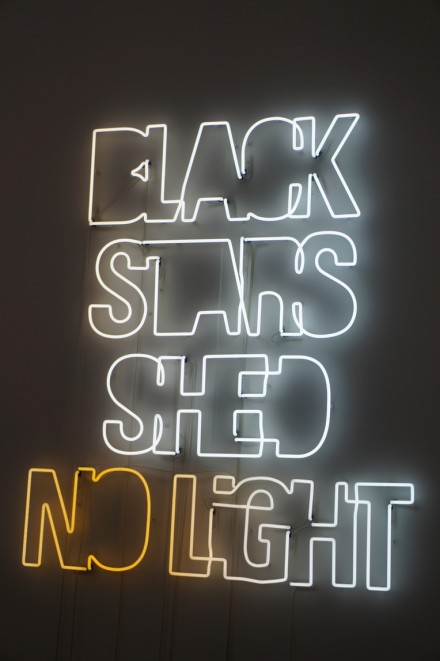 Other noteworthy sales included a George Condo for $500,000 at Sprüth Magers, and a $300,000 Kaws sculpture at Galerie Perrotin (the gallery reportedly sold out of its stock within hours of opening the fair). Gavin Brown also sold out its booth, with its six Ella Kruglyanskaya pieces selling for $50,000 each. 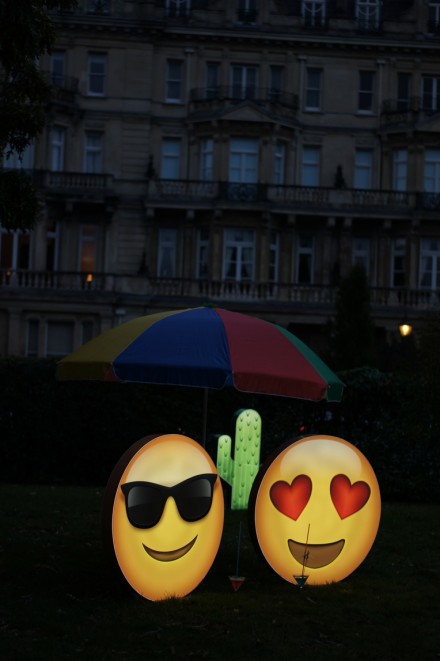 As fair fatigue settled in this weekend, attendees continued to come and go, passing by booths and installations as dealers and assistants prepared to wrap up and head home. With Miami Beach only a few weeks away, a short respite, punctuated by the logistics and maneuverings of the New York Auctions this November, should be in order.

Art Observed was on site for the rest of the fair, and captured these images of the event’s past several days. 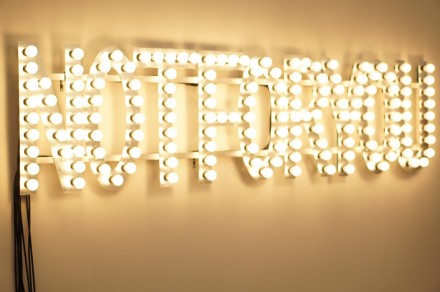 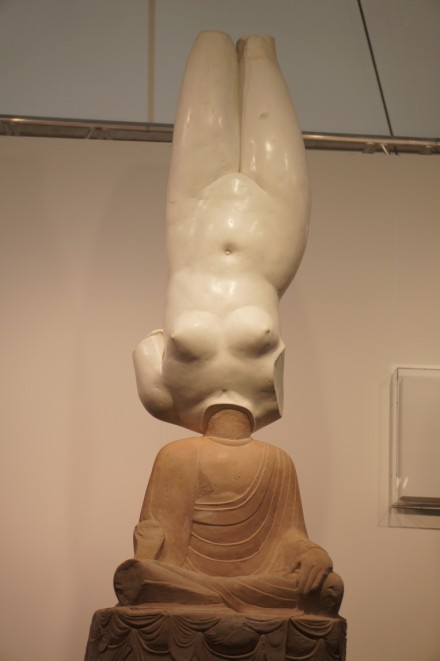 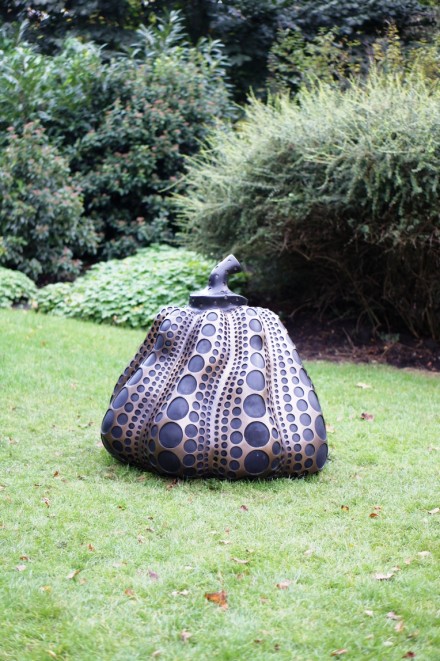 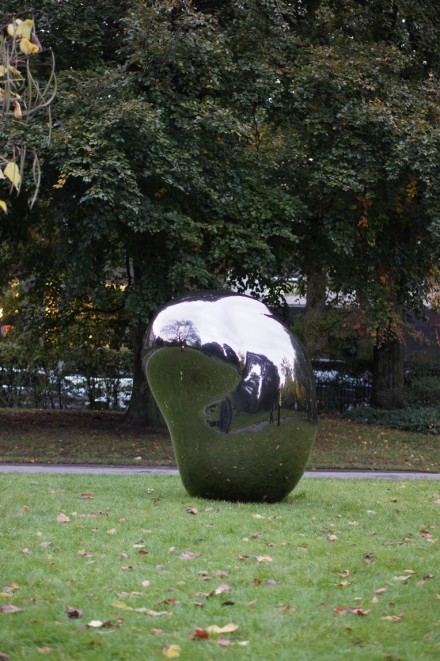 Not Vital at the Frieze Sculpture Park 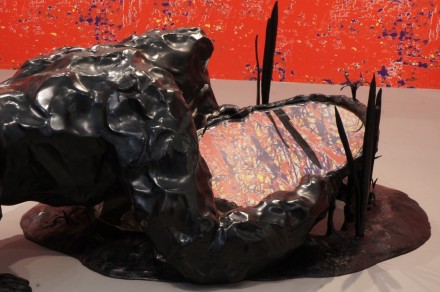 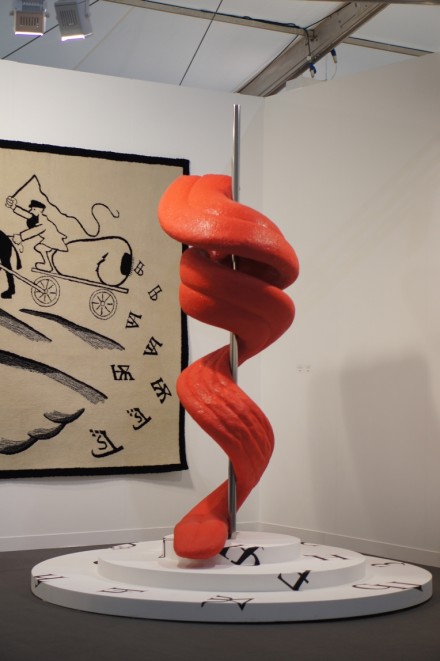 Slavs and Tatars at Raster Gallery 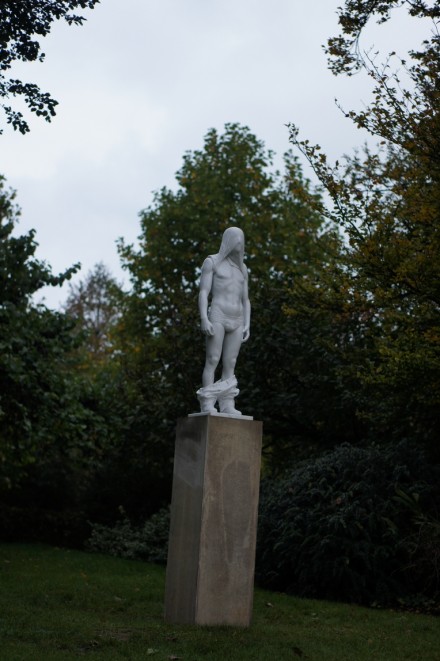 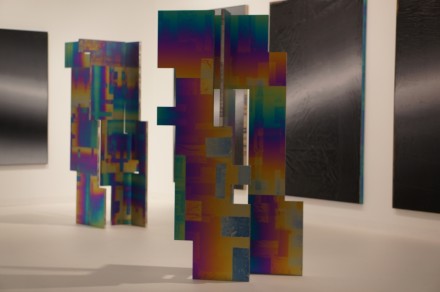 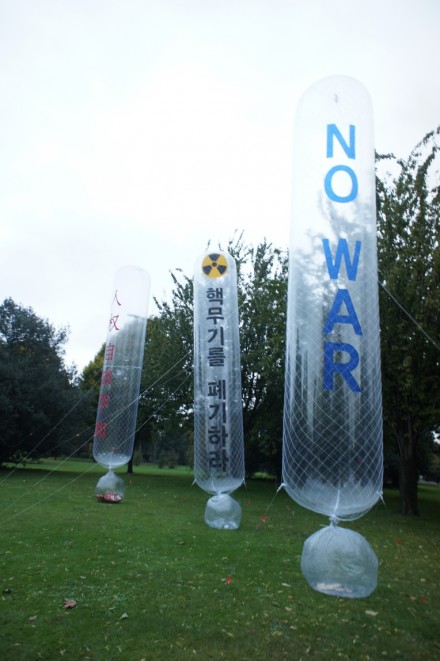 Seung-taek Lee at the Sculpture Park 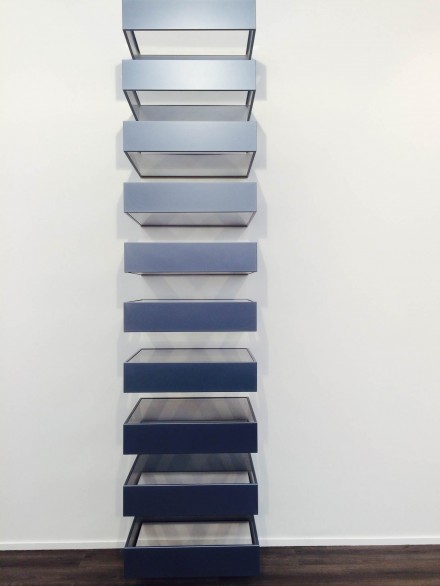 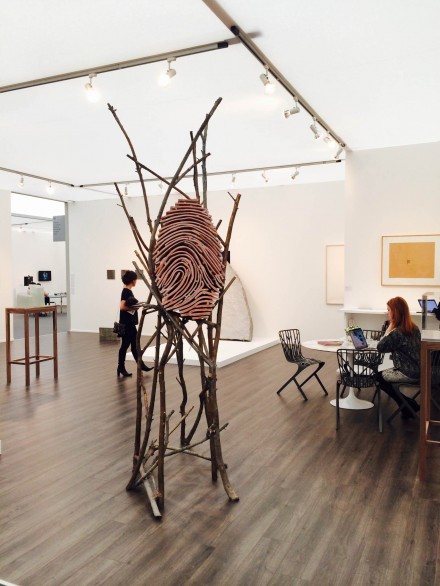 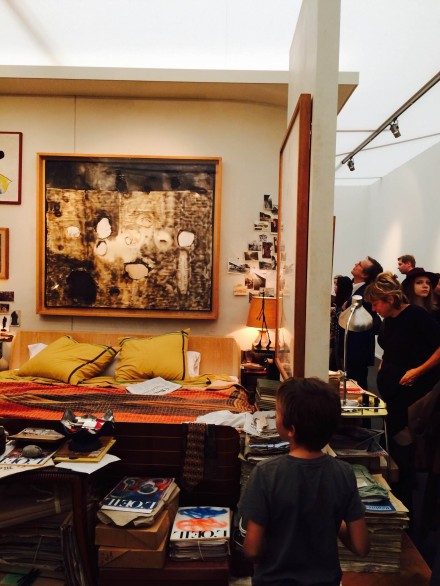 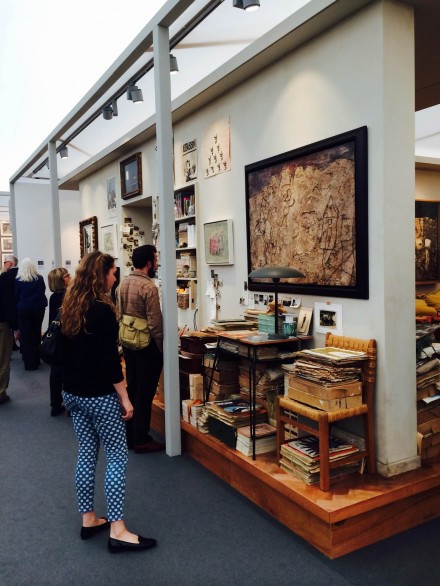 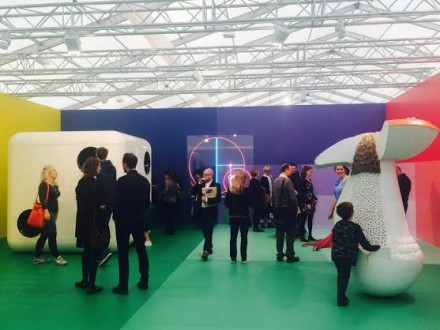 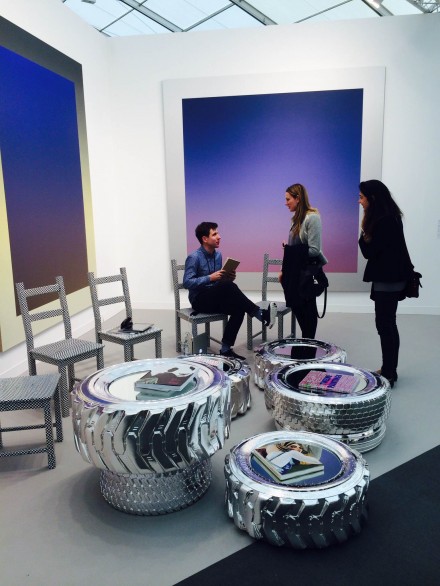 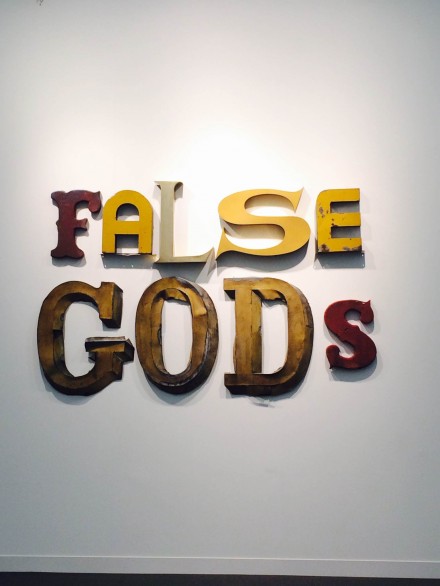 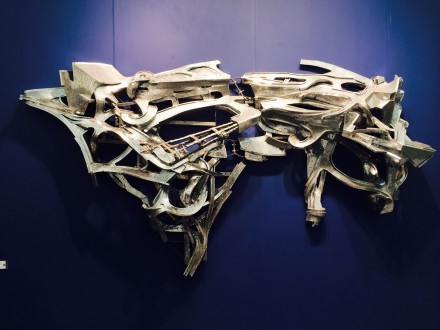 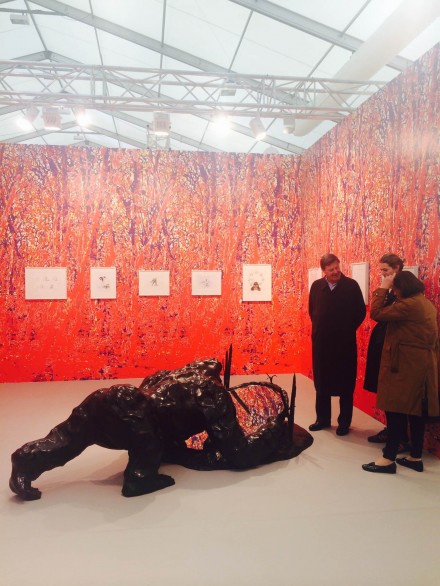 This entry was posted on Tuesday, October 21st, 2014 at 1:16 pm and is filed under Art News. You can follow any responses to this entry through the RSS 2.0 feed. You can leave a response, or trackback from your own site.