New York — Do Ho Suh: Drawings Is On View at Lehmann Maupin Through October 25, 2014 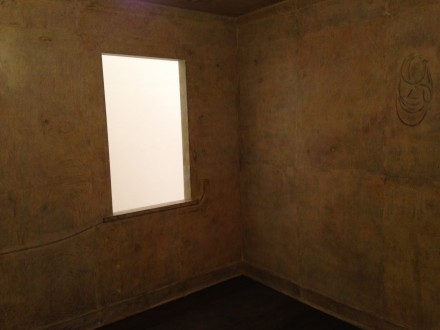 On view both at Lower East Side and Chelsea locations of Lehmann Maupin, visitors can see a collection of recent drawing works by Do Ho Suh, the influential Korean artist who is broadly known for his soulful architectural installations.  Reinterpreting and immortalizing physical spaces through the creation of subtle reflections and traces, Suh accentuates each object and artworks’ autobiographical importance for him. Using resin or translucent fabric, Suh creates replicas of various interiors, re-imagining his childhood home in Seoul or his New York apartment when he was a teenager. 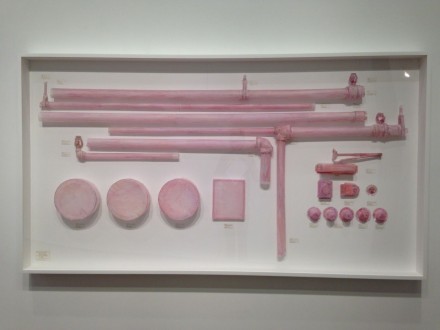 For his current show, the artist pursues a different path to recreate his 22nd street New York apartment as well as two public spaces in Gwangju, investigating the sensual and intimate relationship between the body and material. The artist covers the actual interiors and exteriors of his subject spaces with vellum, including every three dimensional fixture, and later rubs the surface of the space with colored pencil or graphite. Obsessive and somewhat playful, this act of constant rubbing of the pen on the covering borrows from the immateriality of the spaces, orchestrating an imprinted residue of the surface below, while accordingly embracing a manual, ritualistic act. Architectural constructions as transient entities, especially in big cities such as New York or Seoul, are eternalized as Suh frames their intangible existence. 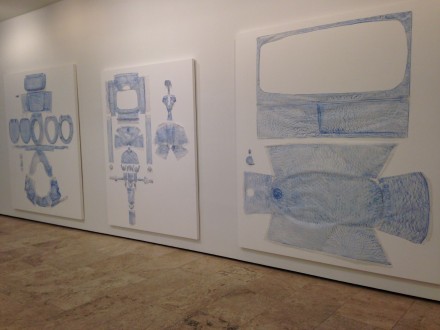 Aside from their actual physical realities, the emotional and historic presence of these physical spaces construct the actual bonds humans create with their surroundings as Suh underlines in his interview with WSJ magazine. Suh also comments on the physicality of rubbing as opposed to other techniques, suggesting that the act of continuous touching is charged with a carnal sensuality, emerging from the intimate interaction with the actual surface beneath the vellum. 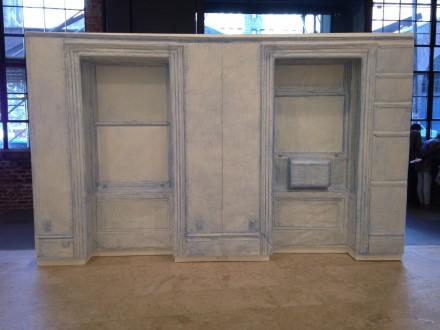 To build a metaphor for lack of information related to 1980‘s Gwangju Uprise, a rebellion that caused hundreds of lives, the artist and his assistants were blindfolded as they rubbed the walls of these spaces in the city where many unknown stories took place. A video also on view documenting the rubbing of the walls in these public spaces fortifies Suh’s work, presenting a concrete documentation related to the installations on view.

Do Ho Suh: Drawings is on view at Lehmann Maupin through October 25, 2014. 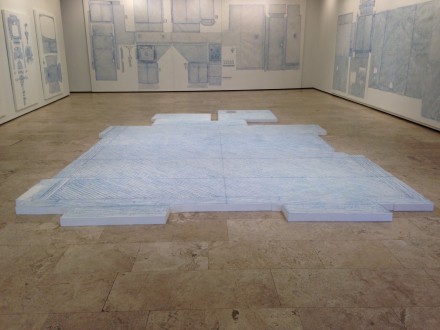 This entry was posted on Saturday, October 25th, 2014 at 4:18 pm and is filed under AO On Site. You can follow any responses to this entry through the RSS 2.0 feed. You can leave a response, or trackback from your own site.