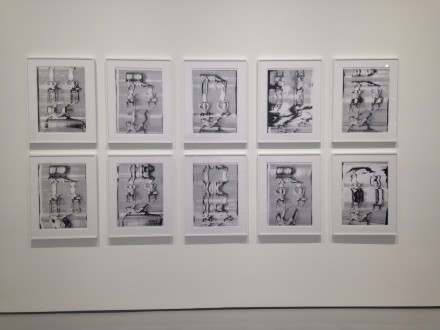 Sigmar Polke, Untitled (circa 2000), All images are by Osman Can Yerebakan for Art Observed

Fergus McCaffrey is currently presenting Sigmar Polke: Photocopierarbeiten, the gallery’s third exhibition focusing on the late artist following 2006’s Sigmar Polke/Andy Warhol: Drawings and 2011’s Sigmar Polke. This year has been an  exceptional one in terms of the presentation of Polke’s legacy in New York, considering his recent exhibition Alibis: Sigmar Polke 1963-2010, a major retrospective at the MoMa that later traveled to the UK and Germany, as well as a coinciding exhibition at Michael Werner Gallery focusing on the German pioneer’s early works on paper. 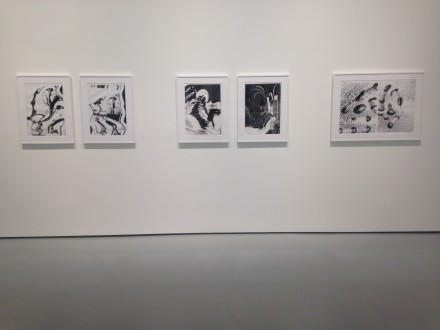 The exhibition currently on view emphasizes a far more particular moment in the artist’s oeuvre, focusing on his less known experiments with the photocopy machine in works he created between 1995 and 2002. Closely tied to his fascination with decomposing photographic images, and his resulting attempts at unearthing their complex nature, Polke’s works here carry the artist’s survey on the language of the image, and its existence in time, in a rarely seen direction. 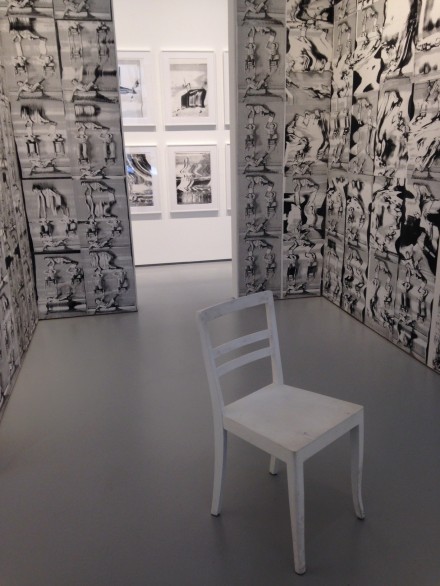 Composed of highly manipulated photocopied images, the exhibition stands at a point that is challenging to consider under a certain medium or genre. For example, Der junge Akrobat, a large scale installation that consists of walls covered with multiple photocopies of an image showing a boy on a chair, is fully perceivable only in some copies as in most of them the copier produced images that are excessively stretched and blurred.  The image relies not only on one reproduction to fully understand the work, but rather on the many permutations caused by the mechanical process, offering a wealth of perspectives in which none of the final images could be considered a complete analog to the original subject. 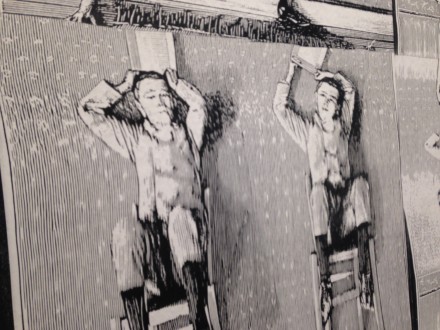 Polke, who had started to experiment with images he collected from various ephemeral texts and books in the 1970’s, used the photocopier as a method of extending the practices of archiving and reproduction to a greater, and more technologically advanced level, while never shying away from the distorted nature of his new images, nor from their varying levels of abstraction.  In contrast to their once coherent contents, ambitiously distorted images depart from plain-faced representation and reform into an abstraction that seems exceptionally mechanical and surreal. Taken out of their original context, these images stand out much more fully in their own right, depicting what could easily be called subliminal or hallucinatory narratives.

Sigmar Polke: Photocopierarbeiten is on view at Fergus McCaffrey through December 20, 2014

This entry was posted on Friday, December 19th, 2014 at 12:00 am and is filed under Art News. You can follow any responses to this entry through the RSS 2.0 feed. You can leave a response, or trackback from your own site.