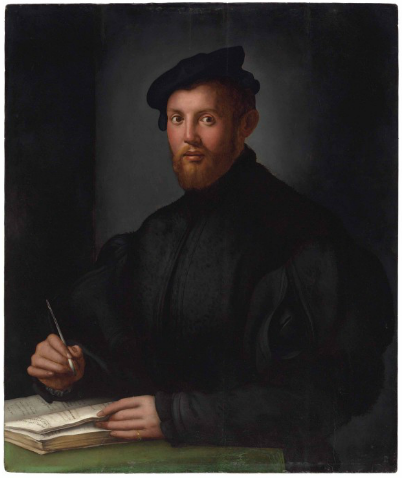 Agnolo Bronzino, Portrait Of A Young Man With A Book, Via Christie’s

Old Masters Week has concluded in New York, following a set of auctions over the past few days that saw mixed results at both Sotheby’s and Christie’s. 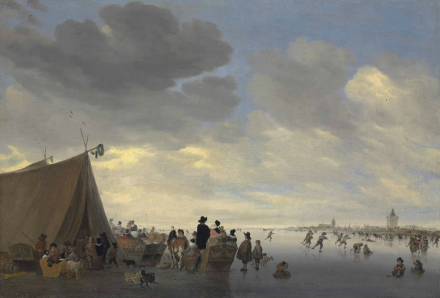 Salomon Van Ruysdael, Skaters On The Frozen River Lek, The Town Of Vianen Beyond, via Christie’s

The week’s sales began Wednesday, with a somewhat subdued auction of Old Masters works at Christie’s.  Most of the auction’s highly priced works, among them a rare, early Caravaggio, as well as a Canaletto diptych, failed to sell, and the highest sale of the evening was eventually split between Salomon Van Ruysdael’s Skaters on the Frozen River Lek, and a Jean Antoine Théodore Giroust portrait, both of which sold for the final price of $1,445,000.  The auction house’s Renaissance sale was markedly stronger by comparison, where the final sales tally reached $15,776,875, almost solely on the back of Bronzino’s Portrait of a Young Man with a Book, which sold for the final price of $9,125,000. 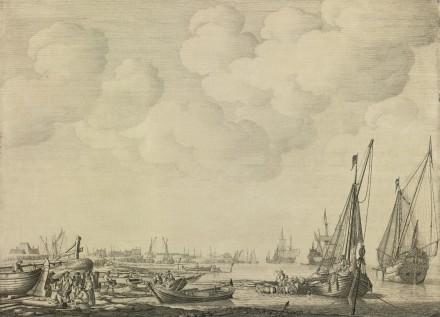 Willem Van De Velde The Elder, Dutch Harbor In A Calm With Small Vessels Inshore And Beached Among Fishermen, A Kaag At Anchor, A States Yacht And Men O’war Offshore:  A “penschilderij,” via Sotheby’s

Sotheby’s January 29th auction of Master Paintings was one of the week’s highlights, with the premier portion of the sale achieving a strong $57,142,500 in final sales.  The sale was led by the record-setting auction of Willem van de Velde the Elder’s Dutch Harbor, beating out all previous estimates to sell for the final price of $5,429,000.  A John Constable composition featuring Salisbury Cathedral was also an unexpected leader, bringing in $5,205,000 over its $3 million high.  Also taking place later in the day at Sotheby’s was a specially curated sale of Renaissance works, compiled by dealer and scholar Fabrizio Moretti.  The sale earned a final price of $6,466,000, lead by a Lorenzo Veneziano icon depicting Saint Catherine of Alexandria, which sold for $1,325,000.

The auctions will move across the Atlantic early next week, for a sale of Impressionist and Modern Art Works in London. 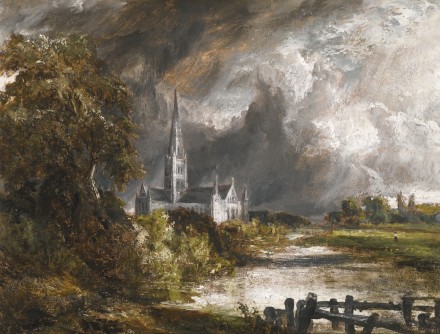 This entry was posted on Saturday, January 31st, 2015 at 8:39 am and is filed under Art News, Auction Results, Featured Post. You can follow any responses to this entry through the RSS 2.0 feed. You can leave a response, or trackback from your own site.