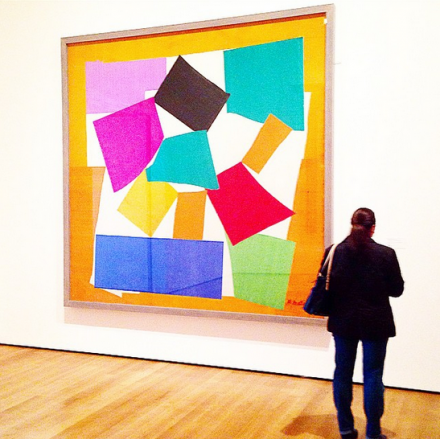 There’s a moment at the end of Henri Matisse’s landmark exhibition of his late “cut-out” works, currently on view at MoMA in New York, when the viewer emerges into the last room to view Matisse’s final canvases, immense explosions of color and form that immediately arrest the viewer with their dynamic, minimal surfaces. 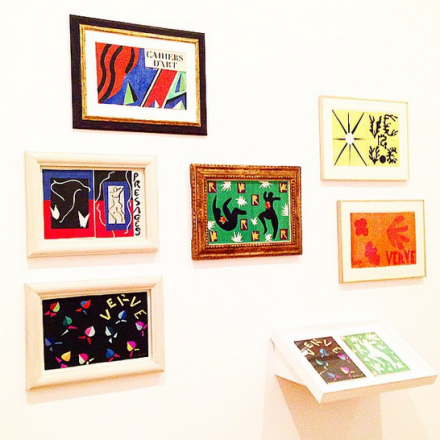 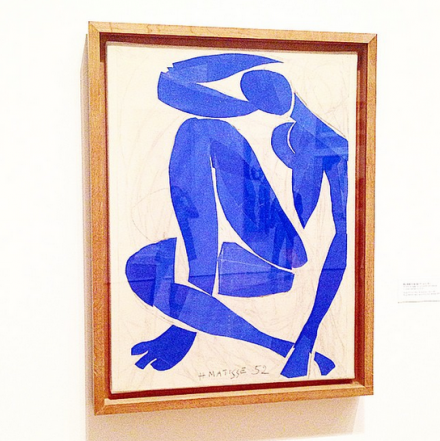 It’s a fitting conclusion to an exhibition that places evolution, form and innovation at its core.  Confined to a wheelchair, and with his eyesight fading, the masterful painter began a new phase of work that combined the gently flowing lines and bright hues of his past compositions with a rugged, rapid working style, cutting immense sheets of painted and colored paper and arranging them into colorful collages and compositions.

Despite the shift in technique, the works remain categorically Matisse.  Previous works are imbued with a new, vividly bright energy (including a sprightly lithograph of his iconic La Danse), while others take the artist’s loose, enervated figurations to their natural conclusion: the line itself.  Swirling arcs and jaggedly executed forms play off against each other, underscoring years of studied discipline of the brush transferred over to the artist’s new creative tool: the shears. 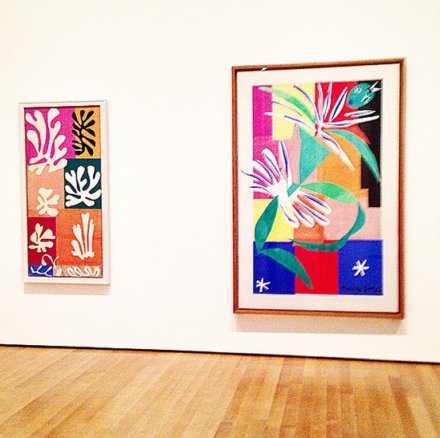 In his Blue Nudes, the poses of his models carry something familiar from Matisse’s previous portraits, reinvigorated by their pure focus on line and form.  These actions are emphasized by the artist’s masterful color compositions, using vibrant tones to underscore the conflicts and complements of form.  On one late work, Memory of Oceania, the artist fuses swooping forms with dense blocks of blue and green, leaving space for slight inflections of charcoal, a fluid piece that uses the rigidly geometric to its favor.

The works on view also exhibit a playfulness in format and context that show the artist freely experimenting and creating outside of traditional forms.  One particularly impressive room shows the artist’s stained-glass and architectural designs for the Chapel of the Rosary in Vence, and another set of glass pieces commissioned by Time Magazine.  In each, the artist’s interest in space and form takes center stage, allowing bright colors to interplay with the deep symbolisms of the Christian faith.  In another, visitors can view pieces from the artist’s remarkable Swimming Pool, a running band of paper interspersed with various abstractions of divers, watery imagery and plant life, a swirling collage of images that flow in and out of alignment with the paper behind it.  Despite its minimalism, a powerful cohesion drives the work forward, each piece of paper meticulously placed and considered.

It’s perhaps this room that underscores what makes Matisse’s late works so compelling.  Freed from a static canvas or a gestural mark that holds the composition in place, the artist discovered a technique that allows the hand not only the space to experiment with movement and abstract form, but in turn to experiment with each piece’s spatial relations.  Alternating and shifting his elements into a tightly realized final piece, Matisse’s largest works here are as much a study of negative space and implication as they are the formal reinvention of his oeuvre. 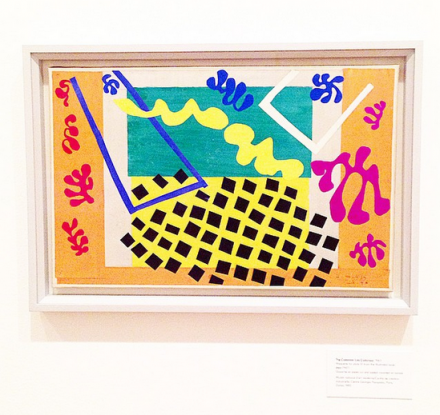 The Cut-Outs is a subtly compelling exhibition exploring the late artist’s final years of work, and the vitality that continued to surge forth from his hands long after he put down his brush.

The exhibition is on view through February 1oth.

This entry was posted on Wednesday, January 21st, 2015 at 12:00 am and is filed under Art News, Featured Post, Show. You can follow any responses to this entry through the RSS 2.0 feed. You can leave a response, or trackback from your own site.