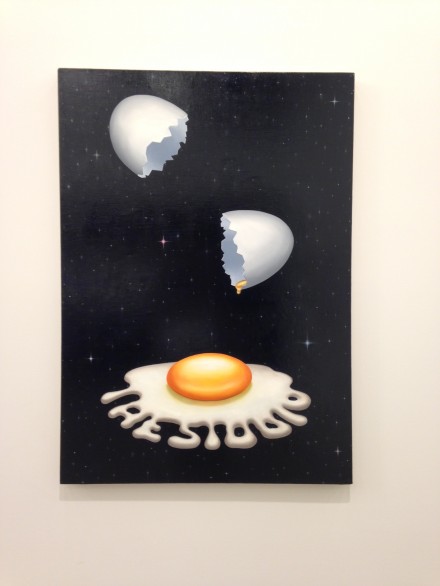 Emily Mae Smith, The Studio (Science Fiction) (2015), all photos via Osman Can Yerebakan for Art Observed

An eccentric addition to this summer’s calendar of group shows is I Dropped the Lemon Tart, on view at Lower East Side gallery Lisa Cooley. As its title implies, the exhibition articulates human failure as an aggravating force for pushing and breaking barriers.  The title, having both literal and metaphorical connotations, refers to an actual case, in which a sous-chef at a famed restaurant drops one of the last two lemon tarts en route to customers’ table.  Instead of admitting defeat, the chef decides to serve the damaged tart under a fresh name and new arrangement. The show finds its inspiration in this incident, setting an example for the inevitability of human error, while embracing the subsequent stages of coping and acceptance of error as crucially generative. 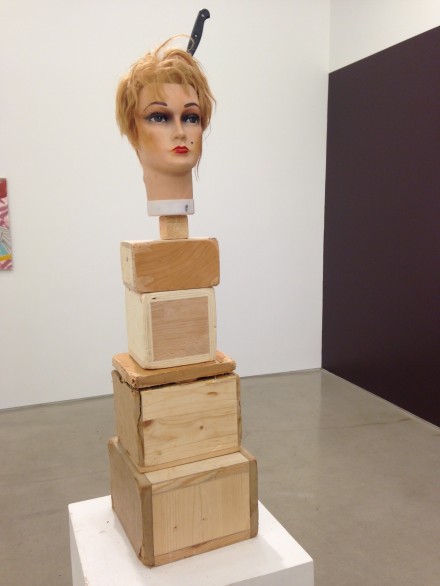 Studying multiple infusions of error and mistake in everyday living, the exhibition both problematizes and glorifies failure, and the various avenues it follows before and after presenting itself. From clumsiness to idiocy, or undue greed to simple incapability, various causes of sabotaged success are aligned with variable consequences that blossom from denial through to acceptance and assimilation. 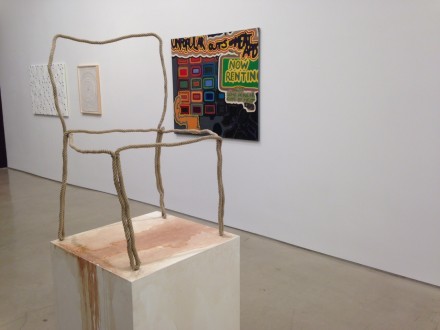 Stretched across the entrance is Yonatan Vinitsky’s elastic figuration SoFtSkIlLsSsSsSs, vaguely depicting an ongoing dysfunctional waltz attempt between a man and a woman whilst one tries not to step on the other’s foot. Elsewhere, Ben Vida conceives of mankind’s inherent failure against time in Hand Torn Seconds (Blue) and Approx. 26,000 hand made seconds, two pieces that are wildly divergent in medium (the first composed of tens of hand-torn paper bits and the latter from a four channel audio arrangement), yet both striving to grasp time as it passes. 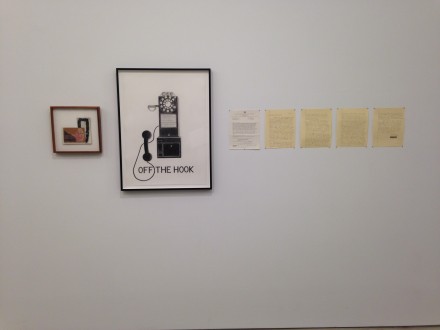 The peculiar state of being an artist in everyday society, and the burden of breaking through the frequently rigid dynamics of the art world surface in Emily Mae Smith’s sarcastic and slightly campy painting The Studio (Science Fiction), and Sean Landers’s Fluxus inspired To Whom it May Concern, showing the artist’s correspondence with authorities about his past due student loans. Failure in form of physical collapse constitutes gelitin’s interactive installations in bizarre ways. When stepped on, pedals in Latte Macchiato and 2D3D trigger the collapse of objects precariously resting on pedestals.

I Dropped the Lemon Tart is on view at Lisa Cooley through August 21, 2015. 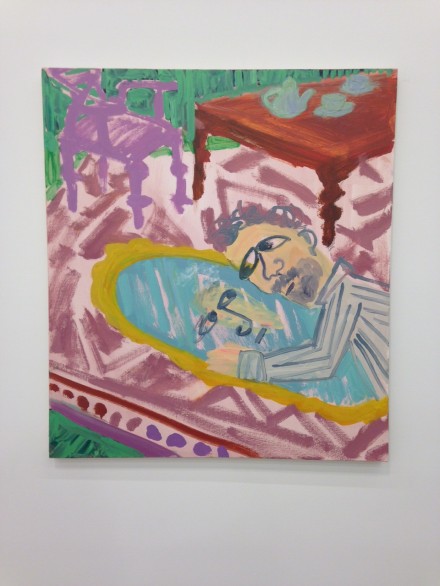 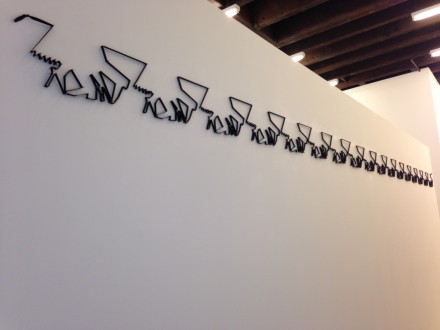 This entry was posted on Monday, July 27th, 2015 at 12:00 am and is filed under Show. You can follow any responses to this entry through the RSS 2.0 feed. You can leave a response, or trackback from your own site.