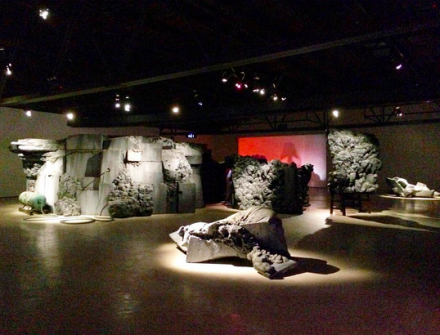 Mike Kelley’s Kandor series ranks among the artist’s more enigmatic projects: a series of sculptures, videos and installation work that works the origin mythologies of the Superman comics into the fabric of the artist’s own life and work.  The works are equally desolate and comical, peculiar and commanding in their execution, often rendered in glowing hues of purple, red and yellow, or countered by immense chunks of sculpted detritus, recreating the titular hero’s Fortress of Solitude. 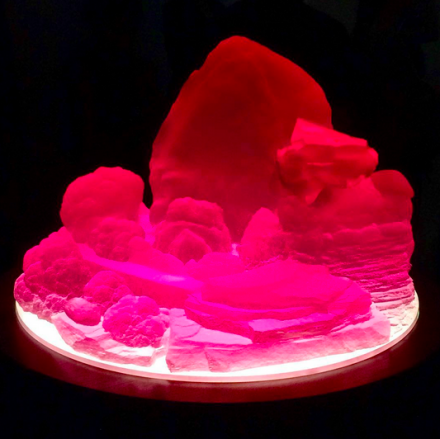 These works make up the first show of the fall season at Hauser and Wirth’s Chelsea flagship, a powerful summary of one of Kelley’s last projects that offers a distinct perspective on his intertwined interests in pop mythologies, psychoanalytic tropes, and their intersection with the artist’s own life.  “It represents a flip of autobiography into a sort of mythology” Paul Schimmel noted at the press preview, an event that also marked the gallery’s first exhibition of the artist’s work. 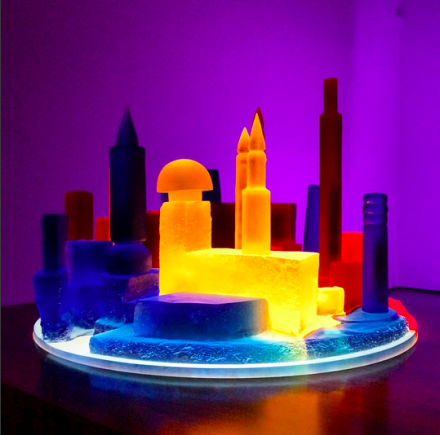 Kandor, Superman’s home city and the capital of the planet Krypton, exists in the comic’s universe as a miniature, stolen back from the hero’s nemesis and preserved in a jar in his arctic hideout, a memento that stands as both a testament to his own identity apart from the human race, and his failures to save his planet from destruction when he was a child.  Recreated here, Kelley’s Kandors are a recurring formal container, explored as a rocky landscape, geometric cluster, or any number of variations that mirror the changes in artistic direction in the past century of the comic’s history.  Surrounding these works with sculpture, video and lenticular, wall-mounted works, Kelley’s fascination with the shrunken city seems to hint at a distinct interest in the parallels of heroism and dysfunction that seems to sit at the core of so much of his work. 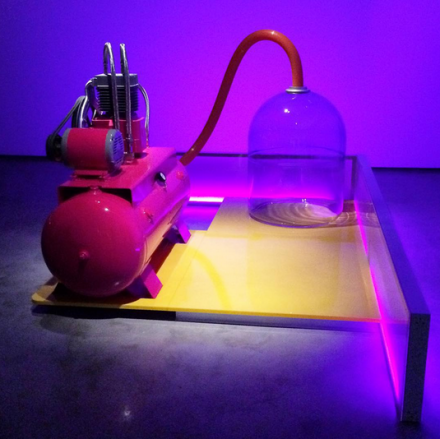 At the center of the exhibition, however, is the massive Fortress of Solitude, turned from its frequent depiction as a glittering palace to resemble a bombed out cluster of stone and piping.  Viewers can climb inside its craggy facade to view one of the Kandor sculptures inside, giving its soft purple glow all the more affect given its stark surroundings. 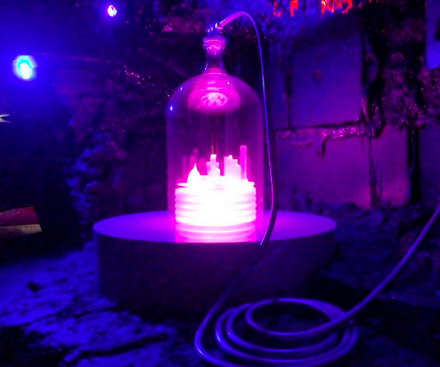 Taken as a whole, the work presents a look deep into Kelley’s perception of his own work, where the core ideal seems locked away, preserved as an inspirational force in the face of the herculean efforts of his vocation.  Taken in the wake of the artist’s suicide in 2012, the exhibition is a harrowing investigation of Kelley’s interests in the psychological undertones of cultural touchstones, and the tragedy of his final years.

The exhibition is on view through October 24th. 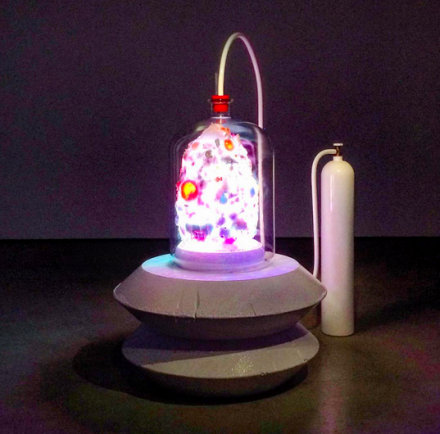 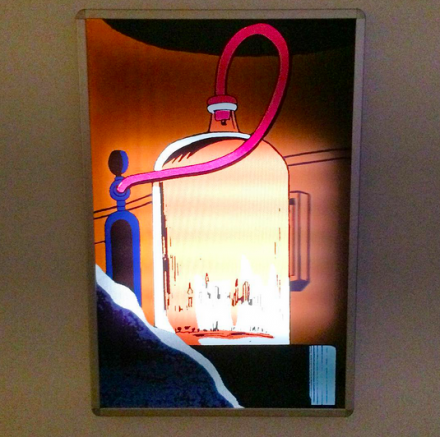 This entry was posted on Saturday, September 19th, 2015 at 5:56 pm and is filed under Art News, Featured Post, Show. You can follow any responses to this entry through the RSS 2.0 feed. You can leave a response, or trackback from your own site.