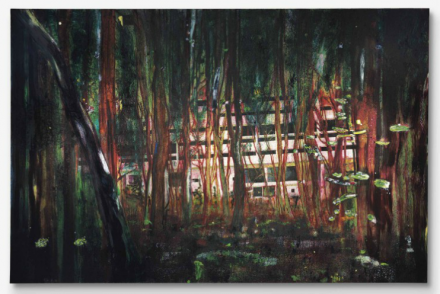 The sales have concluded in London tonight, after Christie’s capped a tightly run 54-lot auction that saw a final tally of £35,562,500, with 9 lots going unsold.

The sale kicked off with striking results, as Lynette Yiadom-Boakye’s Knave shot out of the gate, rising on multiple phone bidders to sell for a final price of £446,500, more than five times its estimate, and bringing an auction record for the artist.  A Jonas Wood followed up strong, bringing a £542,500 over its estimate.  Several lots later, an early Robert Ryman started steadily and crept up slowly to a final of £962,500.  Peter Doig’s impressive Cabin Essence came one lot later, selling for a strong price of £9,602,500, while a Lucian Freud followed, meeting estimate for £542,500. 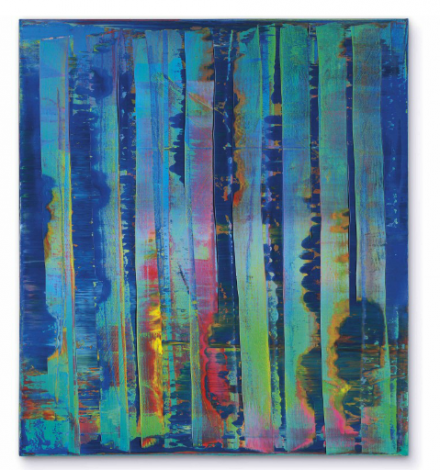 An early surprise came from Gerald Laing, whose Commemoration doubled estimates to achieve a £1,202,500 final, placing it among the top sales of the evening.  An Andy Warhol Flowers followed after, selling just under its high estimate for £1,846,500.  Several lots later, an Alexander Calder mobile settled just within estimate for £1,166,500, continuing the auction house’s consistent performance until a Dan Flavin passed one lot later, and a Gerhard Ricther’s Abstraktes Bild sold for a final price of £2,658,500 also sitting squarely within estimate. 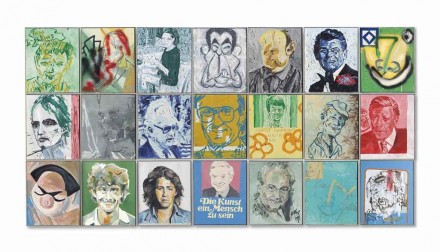 As the sales continued, a number of works passed almost consecutively, with works by Sigmar Polke and Yoshitomo Nara failing to find a buyer.  Several smaller lots and quick sales followed, with action picking up again with lot 31, a 2011 Joe Bradley that saw strong interest to beat its £700k estimate for a final of £986,500, and an Albert Oehlen piece that followed up with a strong £1,142,500 final.  Kippenberger followed a strong night for the German painters, as his Police Call Boxes piece sold just shy of the high estimate for a final of £2,434,500. 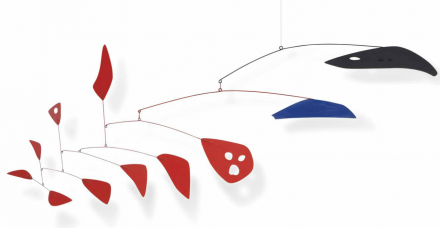 The late lots of the sale were dictated mostly by passes and minimal interest, with the exception of a Keith Haring at lot 47 that brought a final price of £1,010,500, doubling its low estimate.

The fall sales will reach their apex next month, as the major houses open their doors in New York 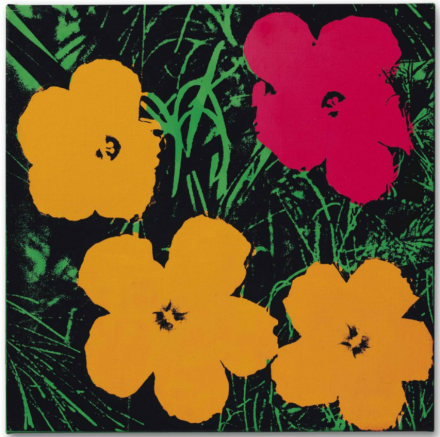 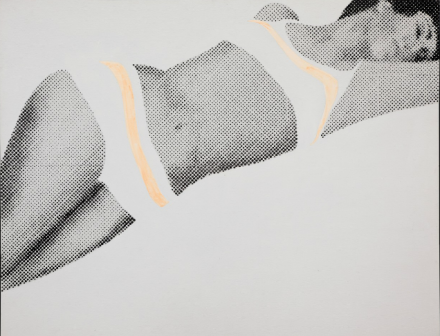 This entry was posted on Friday, October 16th, 2015 at 6:33 pm and is filed under Art News, Auction Results, Featured Post. You can follow any responses to this entry through the RSS 2.0 feed. You can leave a response, or trackback from your own site.