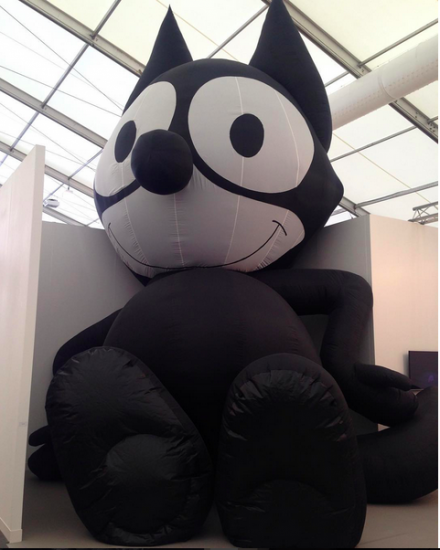 The doors have opened on Frieze 2015 in London, bringing the art world en masse to Regent’s Park for the 13th edition of one of the fall’s biggest selling events.  The exhibition, which capped its “VIP” day last evening, saw viewers flocking to its long, loping hallways to browse the works on view. 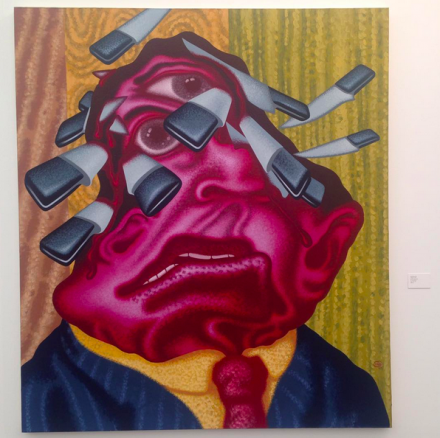 The selection this year was strong, with a number of smaller galleries commanding much of the attention for more unique and creative booth installations.  Stephen Friedman Gallery, for instance, commanded attention with Cocktail Party by Tom Friedman, a cartoonish series of human sculptures engaged in conversation, allowing guests to cycle through the crowded work.  Galerie Bucholz also made an early splash, with a single, massive Mark Leckey piece, an inflatable Felix the Cat, which filled the full space of the booth.  Even so, Gagosian Gallery’s booth was an immediate highlight, a massive, inviting space that was showing a combination of Glenn Brown drawings and painted sculpture, offering an intriguing context on the artist’s work in both sets of media, while also standing on their own as completed bodies of work. 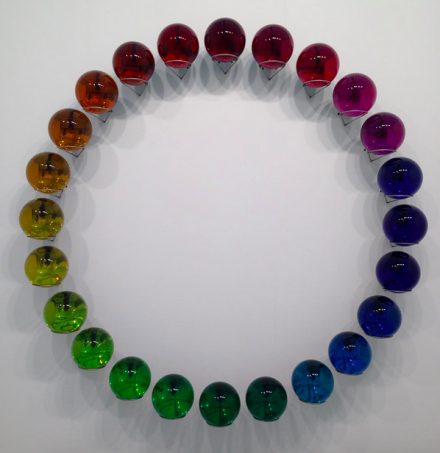 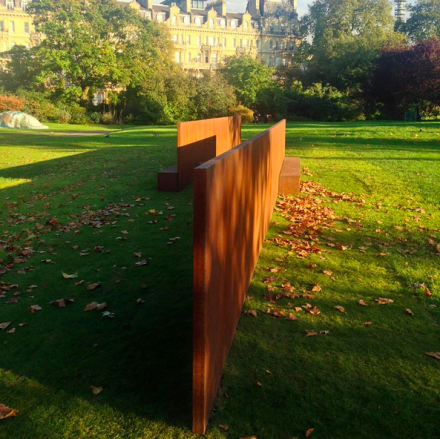 Stuart Shave/Modern Art, which won the fair’s Stand Prize this year, was showing a peculiar booth, combining pastel-soaked Rothko adaptations by Mark Flood, paired with a series of sculptures using washing machines and other industrial materials by Yngwe Holen.  Hauser and Wirth kicked off the week with strong sales, including a buyer for a new Phyllida Barlow work priced at £25,000.  At The Sunday Painter, a hometown gallery, a single, floor-mounted work by Samara Scott was on view, a swirling cluster of materials spread across the gallery booth, and priced at £18,000.  Galerie Max Hetzler also saw strong sales, starting the week off with a €250,000 placement for an Albert Oehlen work. 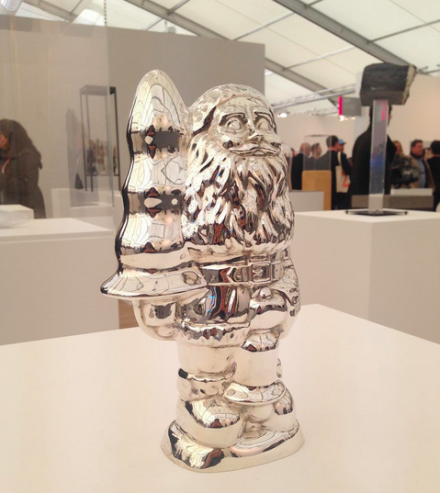 As promised, Tunga’s Siamese Hair Twins was a particularly eerie edition to the fair, as the performing children’s slightly anachronistic dress gave their presence an even more alien aura than in previous iterations, and placed against the backdrop of collectors, advisors and dealers in the fair’s opening hours, the artist’s twisted emblem of childish innocence was all the more potent.  Over at another section of the fair, artist Ken Kagami, whose twisted and often minimal surrealist drawings and paintings incorporate cartoon characters and pop icons, was drawing slapdash portraits of any interested guest, giving them the drawing to take home.  The twist?  After looking at the subject’s face for a few moments, the artist cranks out a slapdash depiction of their genitals, all in less than 30 seconds, a comic turn on the work’s “intimate” billing.  The performance was available for purchase for £6,500. 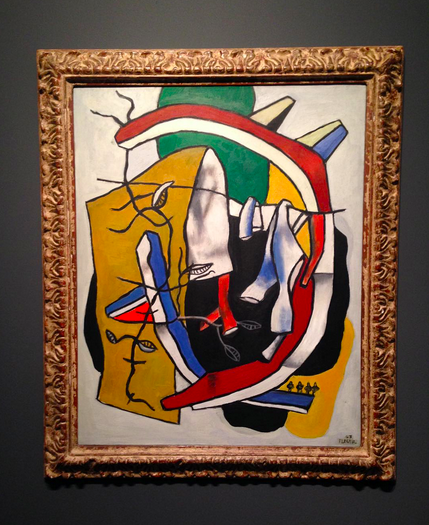 Fernand Leger, The Drying Laundry (1947), at Hauser and Wirth

At the Frieze Masters fair, Gagosian Gallery was presenting a selection of Picasso paintings, joined by Giacometti works, and intriguingly countered by a Christopher Wool piece.  As he did last year, Helly Nahmad brought forth a noteworthy space at the fair, continuing his historically studious series of fair booths with Asylum, spreading the work of Jean Dubuffet, who embraced outsider art formats including the therapeutic drawings of the mentally ill, across a littered, sanitorium room. 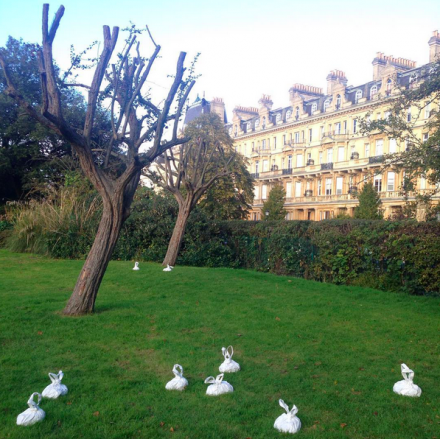 Outdoors, the Frieze Sculpture Park attracted both fair-goers and casual passerby, incorporating a series of works that included both the monumentally natural, like Haroon Mirza’s Standing Stones, a massive boulder affixed with a solar panel, to the comically dismissive, like Leo Fitzmaurice’s parodic replication of cast-off plastic bags.  Also of note was artist Rachel Rose’s crawl-through tunnel, which runs underneath the fair space, and is actually intended for use by both visitors and local animals, offering them their own route to traverse a part of the fair unimpeded.

Frieze will remain open to the public through this weekend, and closes Saturday, October 17th. 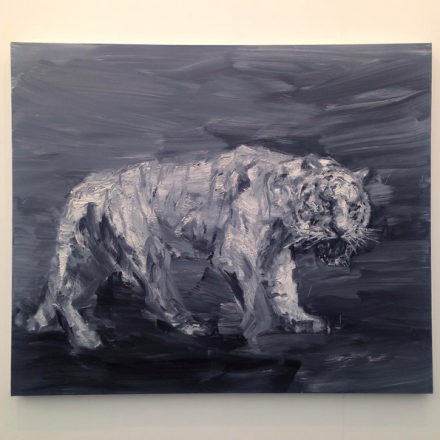 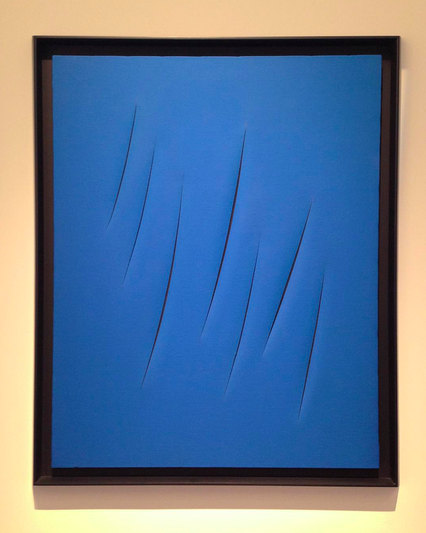 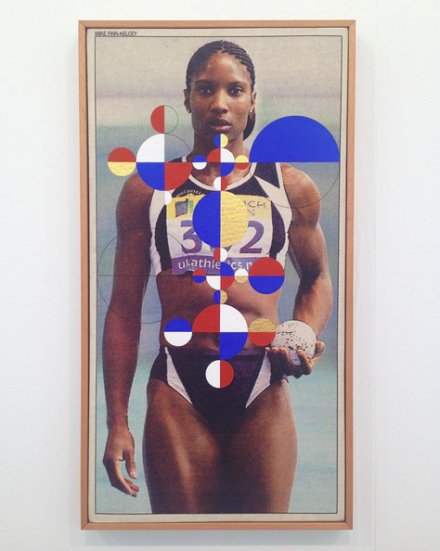 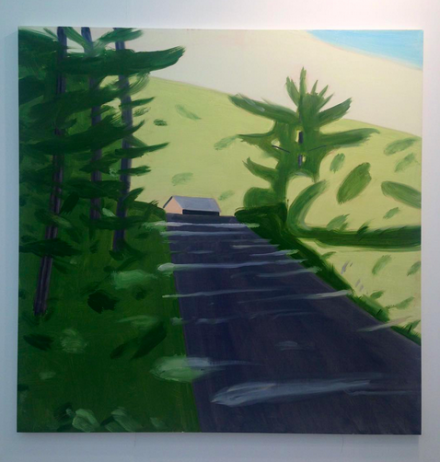 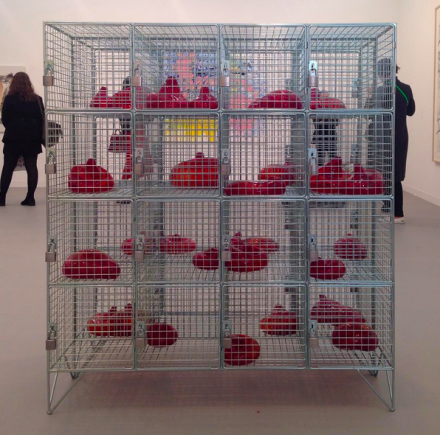 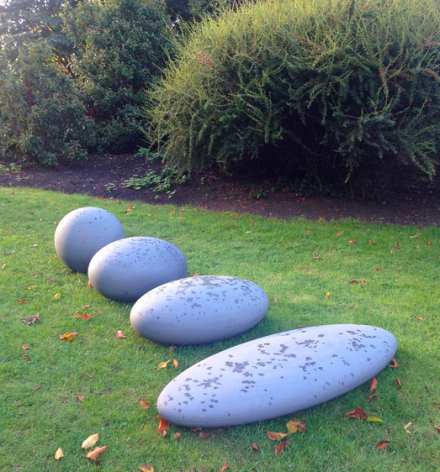 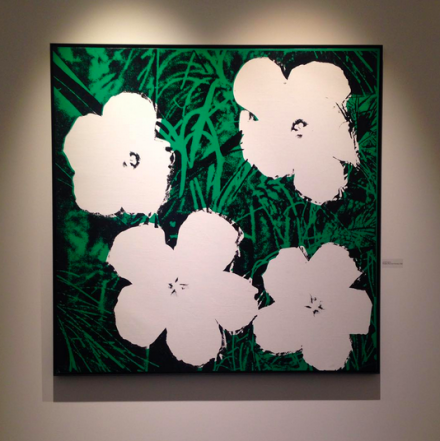 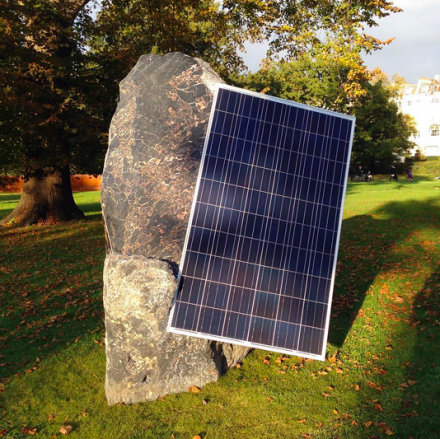 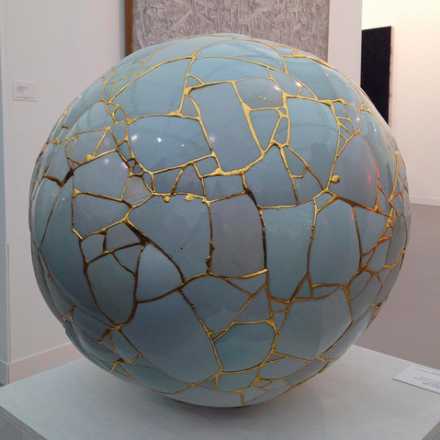 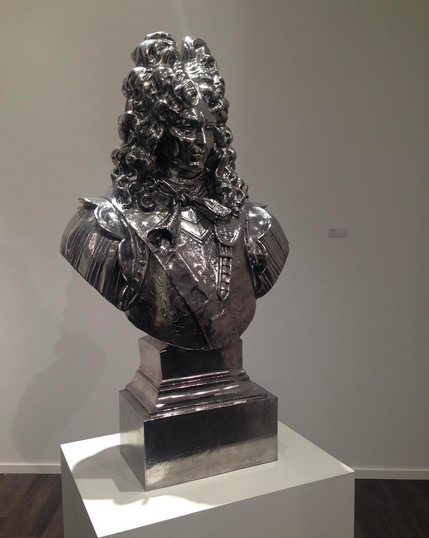 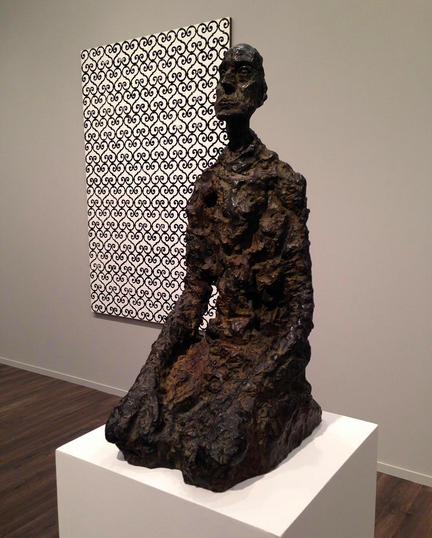 This entry was posted on Wednesday, October 14th, 2015 at 4:52 pm and is filed under AO On Site, Art News, Featured Post, Show. You can follow any responses to this entry through the RSS 2.0 feed. You can leave a response, or trackback from your own site.