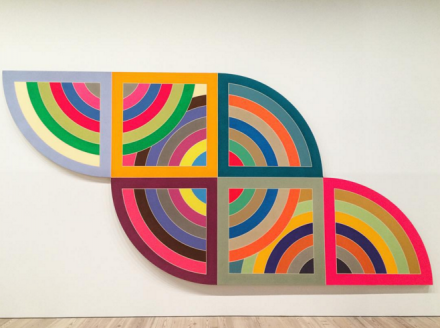 Upon entering Frank Stella’s career retrospective at the Whitney, one is immediately assailed by a flourish of color and form, with the artist’s massive mural work Das Erdbeben in Chili spanning almost the full length of the fifth floor wall.  The show, which marks one of the largest for the artist in the US since his 1987 MoMA Retrospective, is a fitting introduction to his work, spanning his nearly seventy year career. 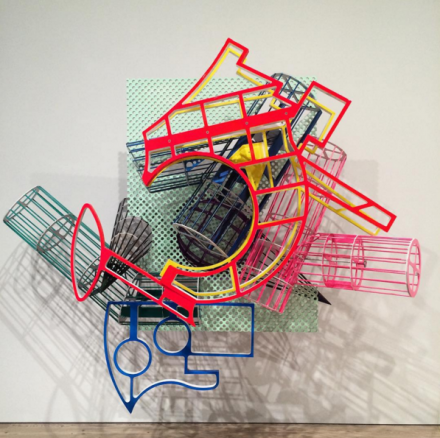 The artist’s work is best understood in the exhibition as constant reappraisal of vectors, exploring stripped back compositional elements, and constantly returning to these principals in gradually more complex, intertwined formats.  His early work, from his striped canvases to his “protractor paintings,” allow this interest in the flowing, gentle curves a point of entry, which shifts and evolves alongside the artist’s own aesthetic and political investment in the mission of the classical avant-garde.  As his work begins to incorporate depth and space, both in front of and behind the canvas itself, his painterly gestures also seem to get lighter, as in Eskimo Curlew a swirling aluminum assemblage that, despite its clearly hulking mass, feels far more liberated and free-flowing than the artist’s miniature canvases shown in a nearby hallway. 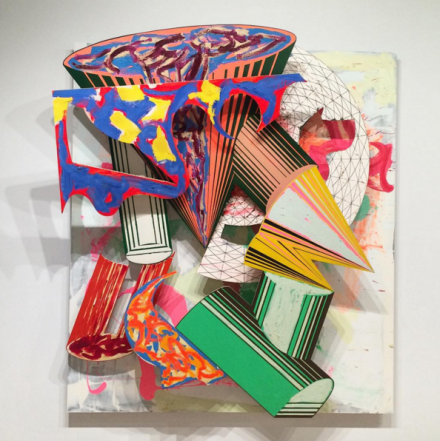 This sense of movement, weight and composition is a striking departure from the early works in the show, and the artist’s body of work, as presented here, explodes with a certain material vibrancy that seems fascinated not only with the exchanges of sculpture and painting, but with the evocative capacities of the line itself.  Even the exhibition layout creates an almost euphoric sense of fluidity, with staggered exhibition spaces easily leading visitors from one side of the gallery to the other unawares, and dropping them into a room they had previously not noticed, confronted with a new body of Stella’s work. 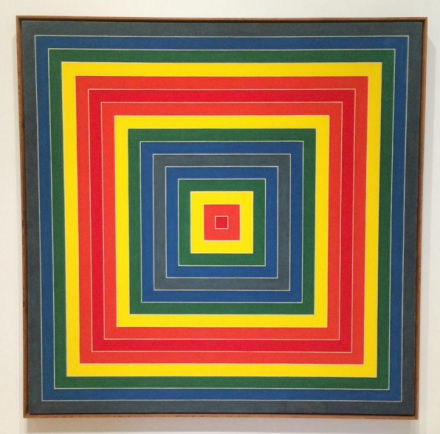 Yet the show’s hanging avoids a simple historical progression, instead leading the viewer through a series of exchanges and variations on Stella’s personal artistic history.  His early cut canvases and ab-ex investigations face off against his blurry, hyper-loaded works from the 1980’s.  In another room, a set of his cut canvas pieces and early wall-hangings contend with The Fountain, a woodcut etching in aquatint, collage and airbrush that seems to echo his earlier sculptural turns in painting on a flat surface. 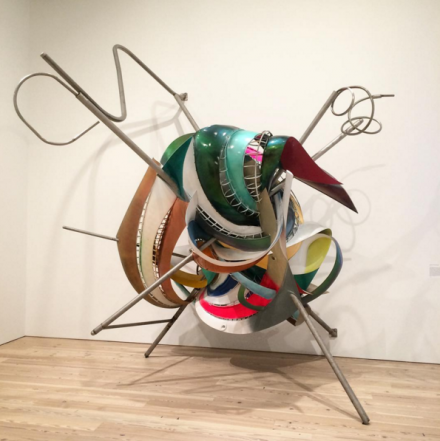 Stella’s work is at turns brusque and fluid, or rigidly concise, exploring various turns not only in the perception and expression of raw formal elements on canvas and sculpture, but the potential shifts in perception lent to a surface by thick, rough coats or a thin, air-brushed gradient.  As much as the pieces explore the intersections of depth and space, the relationship to viewer is almost constantly foregrounded.  Works lean out towards the onlooker, or twist inwards, inviting a spectator to move more closely to the work, and peer into its recesses.   The artist’s interest in the classical avant-garde is also a particularly interesting note here, particularly in consideration of his most recent works, particularly one far wing, where viewers can compare the miniatures of Circus of Pure Feeling for Malevich: Four Squares on view looking out over the Hudson River with a number of his other recent, and much more substantial pieces.  The comparison of scales only makes the shared interest in flow and movement all the more compelling.

Stella’s exhibition is on view through February 7th, 2015. 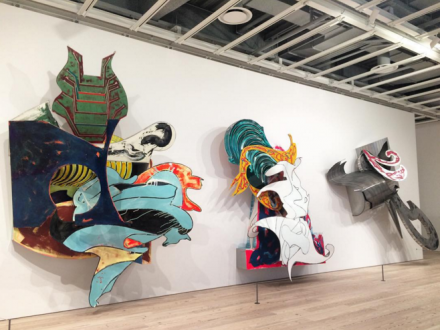 This entry was posted on Thursday, November 5th, 2015 at 12:00 am and is filed under Art News, Featured Post, Show. You can follow any responses to this entry through the RSS 2.0 feed. You can leave a response, or trackback from your own site.