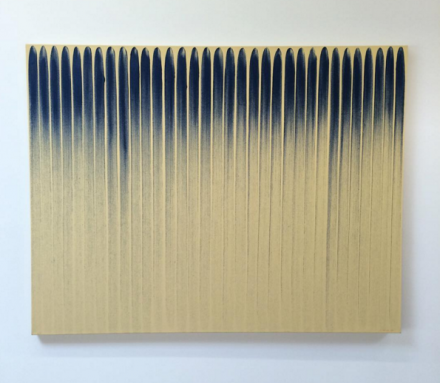 Blum & Poe’s close ties to the history and proliferation of Asian art in the United States cannot be ignored, having advocated for and built a market around Japanese and Korean artists like Takashi Murakami and Lee Ufan during the 1990’s.  Since then, the gallery has become an inextricable link between the continents, a point explored in the gallery’s most recent exhibition, Dansaekhwa and Minimalism, currently on view at the gallery’s Culver City location. 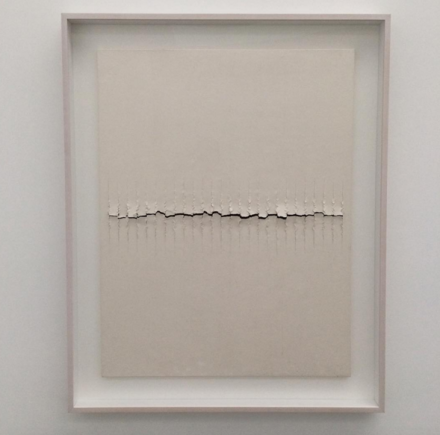 Drawing on parallels between the Korean monochrome school and the similar aesthetic projects developed in the United States almost concurrently, the Blum & Poe exhibition is something of an embarrassment of riches for the gallery.  Culling from a broad selection of minimalist masterworks from the likes of Richard Serra, Sol LeWitt, Agnes Martin, and more, the gallery has invited a striking counterpoint from the Korean school and its artists Ha Chonghyun, Chung Sang-hwa, and others. 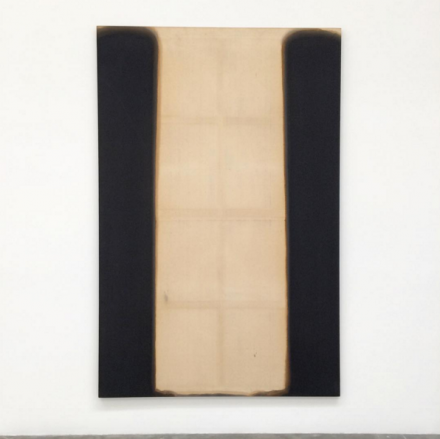 The exhibition carries an impressive visual payoff, especially upon a lingering view.  Of particular note are the delicate emphases on gesture and mark that run throughout the works on view, and which distinguish works and from each other only upon lengthy viewings.  On the top floor, for instance, an Agnes Martin aquatint is hung next to a blurry ink piece by Kwon Young-woo.  Both relying on their respective material’s ability to render slight movements of the hand and the grain of the drawing surface in turn, each artist’s own idiosyncrasies and tendencies gradually emerge from their approach to filling in space.  On the ground floor, a Richard Serra etching performs to a similar effect, executing immense black squares that bear the force of their making only on a very close viewing.  A stark Yun Hyong–keun piece next to it offers a perfect counterpoint in its grainy linen surface and cold application of paint. 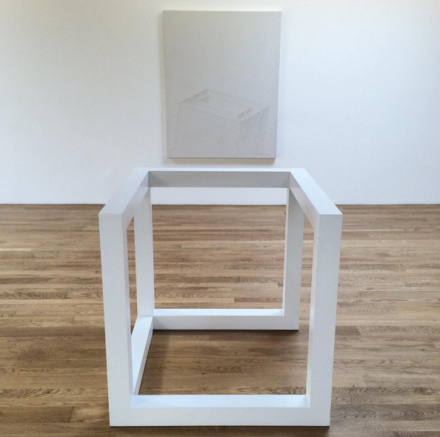 Throughout, thoughts and techniques are allowed to mingle and converse across years, practices, and materials.  Linen, cotton and paper reoccur frequently throughout, yet are applied in varying approaches and techniques.  Also of note is hemp and untreated canvas, both of which emphasize a certain degree of resistance to the applied paint, clumping together at the end of each stroke, while leaving small balls of paint in in areas less directly affected by the artist’s work.  These elements underscore the often meditative practice espoused by Lee Ufan and others in his school, and echoed in the American artist’s on hand, allowing the physical bounds of the work to speak in conjunction with the artist’s own action.

With each body of work, this sense of harmony between act and object, paint and surface, makes itself readily known, and highlights a shared aesthetic ground that ultimately illuminates the practice of both bodies of work on view.  Dansaekhwa and Minimalism is on view through March 12th. 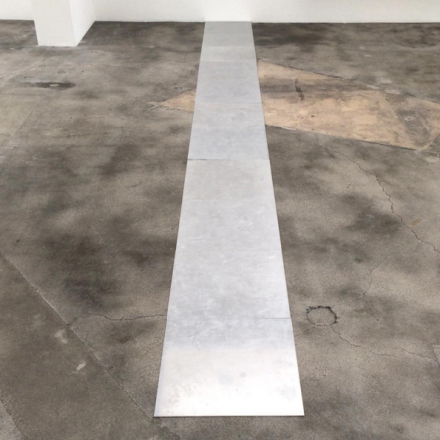 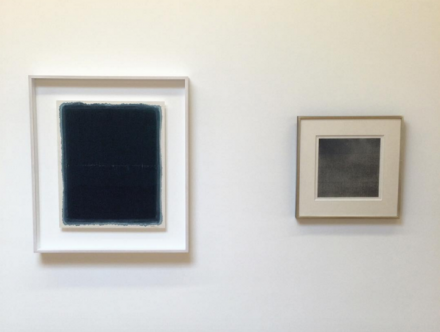 This entry was posted on Friday, February 26th, 2016 at 12:00 am and is filed under Art News, Featured Post, Show. You can follow any responses to this entry through the RSS 2.0 feed. You can leave a response, or trackback from your own site.