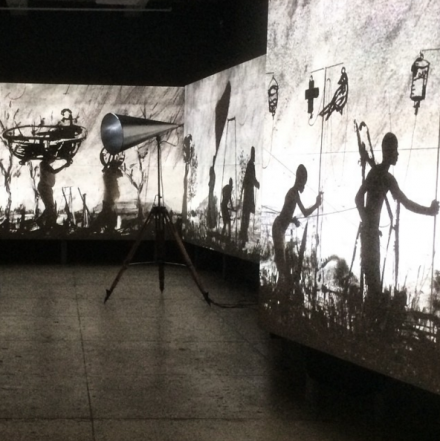 Kentridge’s unique approach to performance and the spaces it contains have long served as part of the artist’s broader creative output, from his dramatic, shadowy video works to his stage designs for a number of performances at the Metropolitan Opera in NYC.  In each, his sense of antiquated modes of figuration, often drawing on silhouettes and assemblages of anachronistic machines, draws on a broader sense of time and space to weave through his subject matter. 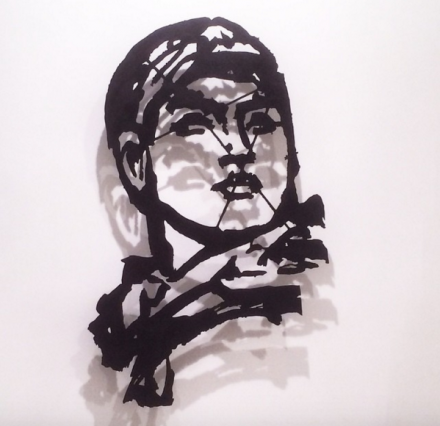 Here, Kentridge returns to his interests in international politics and broader themes of violence and death.  In one space, the artist is showing More Sweetly Play the Dance, an eight screen work depicting a hauting procession of figures carrying massive effigies.  The images were pulling from Kentridge’s own drawings, and transformed into floating standards in stainless steel; swirling forms in black that twist around their empty negative space to create haunting images of humans and abstracted figures.  These faces are paraded across the screens, playing on the notions of a funeral procession or memorial, while also tied to the allegory of the cave in Plato’s Republic, which Kentridge deliberately points to in the exhibition materials.  The result is a disturbingly dystopian landscape, where the figure of death is always on hand.  The faces are also shown outside of the video projection room. 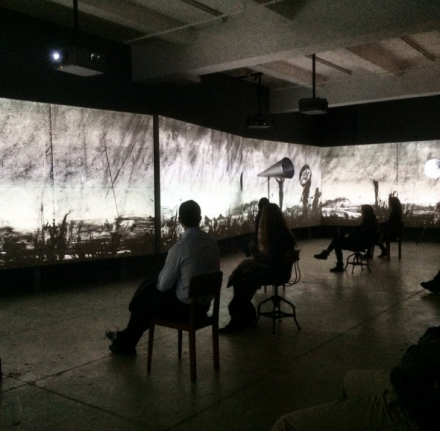 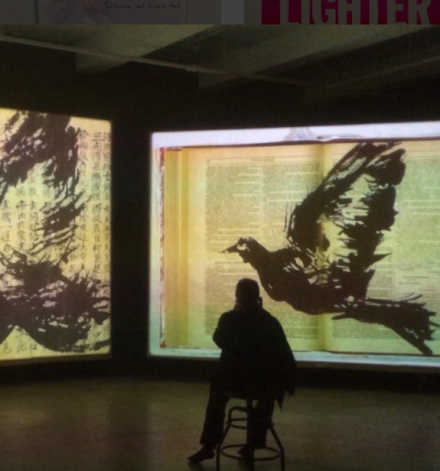 Accompanying this work in the gallery’s other main space is Notes Toward a Model Opera, a piece combining ballet dance, references to international revolution, and a clanging rendition of the Internationale.  At its center is the Eight Model Revolutionary Operas, a work commissioned by Madame Mao, and which glorified the violent conflicts of the Cultural Revolution.  Here, Kentridge appropriates the thematics of the original works to a broader series of themes, drawing on the history of South Africa and other less concrete references to create a continuum of revolutionary narrative that feels deliberately abstracted that it may be more widely accessed and understood. 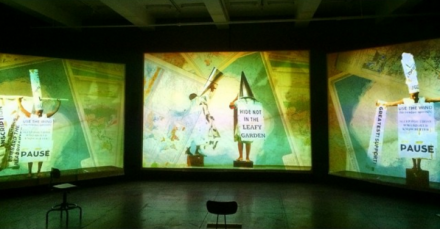 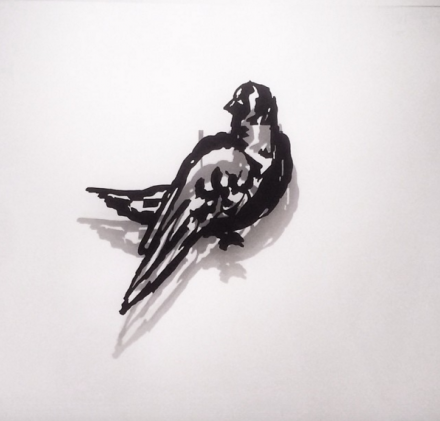 Taken together, the two works play at variations of power and ideology as the motivating factors in death.  While Kentridge’s works elaborate on the political jingoism of war and revolution, he never ignores the darker specter of death that always lurks nearby, carrying the same heroic standards to a more haunting, ominously final result. 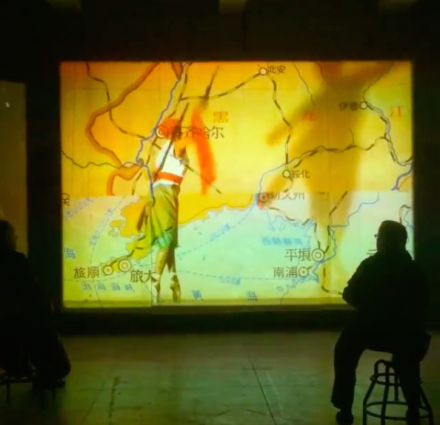 This entry was posted on Tuesday, February 2nd, 2016 at 12:00 am and is filed under Art News, Featured Post, Show. You can follow any responses to this entry through the RSS 2.0 feed. You can leave a response, or trackback from your own site.